All about - Crissy Rock Benidorm

Crissy came on holiday to Benidorm over 16 years ago and fell in love with it.  Valentines is actually where it all first started for her in Benidorm, when on a night out she offered to do a cabaret slot for them so they could see her show, she was offered 3 nights a week and every night was standing room only after that the rest as they say is history.  Since then for Crissy Rock Benidorm has become home from home with regular appearances for several months each year. 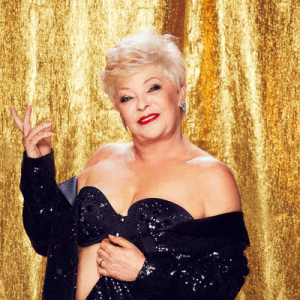 Crissy in - The All New Monty - Ladies Night

Crissy´s love of Benidorm continued and many will know her for the Benidorm TV series where she played Janey York, the manageress of the Solana Hotel for 4 seasons,  she also stared in Episode 6 of Series 5 for a cameo role, and then again for two episodes of Series 7 in 2015. 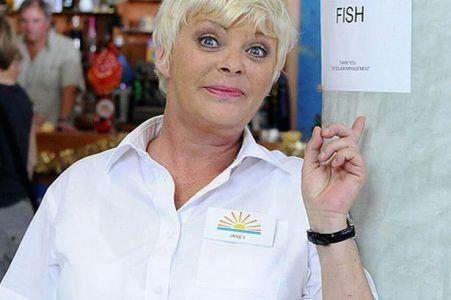 Crissy as Janey in the Benidorm Series

Crissy was born in Liverpool as Christine Murray on 23rd September 1958, here parents were Edward and Margaret.  Crissy has two children Tracy and Hayley.

Crissy´s career as a comedienne started in the late 1980s.  She appeared nationwide TV on Bob Monkhouse´s show Opportunity Knocks, where she was given the highest marks for any comedy act on the series. 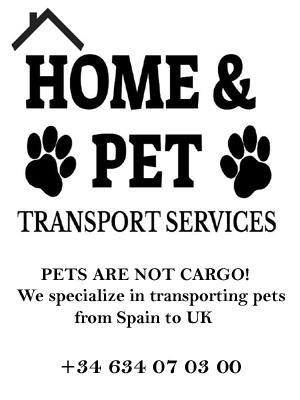 In 1991, following a period of ill health, Crissy returned to the stage, taking bookings on the club and cabaret circuit. Within months, she was voted runner up in the "Club Comedian of the Year" competition in the Merseyside region.

By 1993, her career had started to take off. She performed her act in clubs in Blackpool, Newcastle, Birmingham, Leeds, Sheffield, South Wales, and London. By 1994, Crissy was top bill at the Central Pier and the famous Blackpool Tower.

Not only is Crissy a talented Comedienne, but she is also an award winning author, her autobiography This Heart Within Me Burns in 2011, was a best-seller in Britain.  The sales for the hardback edition hit 35,000, and it was subsequently released in paperback. This Heart Within Me Burns was described as 'an inspirational piece of literature', and tells of the ups and downs of Crissy´s troubled life including childhood abuse, violent relationships, bankruptcy and homelessness.. in 2012 this was revised and updated to include here time on I´m a Celebrity Get me out of here and is entitled - This Heart Within Me Burns - From Bedlam to Benidorm (ghost written by Author Ken Scott).

Encouraged by this success, Crissy teamed up with Ken Scott again to pen the first of a series of novels centring on fictional journalist Samantha Kerr. The first book, Revenge Is Sweeter Than Flowing Honey was published in February 2014.

Crissy is also well know as an Actress, her debut performance was as Maggie Conlan in the award-winning 1994 film Ladybird Ladybird.  Crissy has performed in a long long list of well know TV shows and films, including -  Ladybird, Ladybird, Peak Practice, Springhill, Dalziel and Pascoe, Brazen Hussies, Born to Run, Butterfly Collectors, Dockers, Brookside, Nice Guy Eddie, Trian and Retribution, Benidorm, The Commander,  A boy called Dad, I´m a Celebrity, get me out of Here, Celebrity Come Dine with Me, The Chase, Cotton Wool and most recently The All New Monty - Ladies Night. (photo above). Crissy is also a regular on Loose Women, to name just a few.

Crissy still continues to do panto and various stage performances back in the UK. 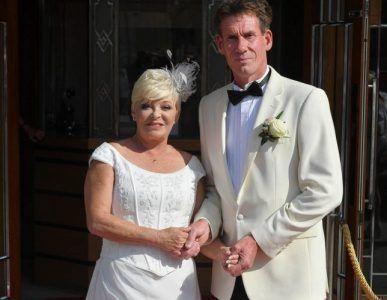 If you wish to book Crissy for an event, you will find contact details HERE

*Article approved by Crissy and Julian

Up and coming events

Don’t miss Crissy Rock: Live as she brings her stand up comedy show to theatres across the UK in 2021!

Secure your seats today with tickets available from www.crissy-rock.co.uk

Really proud to call Crissy Rock my friend shes one of the kindest people I know . Very talented at everything she does her writing her paintings and most of all the funniest lady I know .love her to bits a must see show in Valentines . I can...

Really proud to call Crissy Rock my friend shes one of the kindest people I know . Very talented at everything she does her writing her paintings and most of all the funniest lady I know .love her to bits a must see show in Valentines . I can assure you you won't be disappointed x

She was great in Dirty Dustin at the Epstein theatre in Liverpool.

Thursday 12th Sept is Crissy´s last night (at the moment)

Just reading her book at the moment, what an amazing lady, with everything she has been through and she can still get up on the stage and entertain us, she is definitely the funniest, down to earth comedienne I’ve seen. Well done Crissy x

Gaynor Huggins
There are no comments posted here yet