Arrested for attempted murder in Benidorm

Arrested for attempted murder in Benidorm

Arrested for attempted murder in Benidorm,  27th January The National Police of Benidorm have arrested two people both of Spanish nationality aged 51 and 60 years of age, for an alleged crime of attempted murder of a worker who was carrying out vertical work  on a building in Benidorm.

Two operators of a vertical work rehabilitation company were carrying out repairs to the facade of a local building, when they realized that one of the two ropes that held one of them had been released, being only attached with a single rope, the so-called "main rope".

The workers looked up and noticed that from one of the windows there were hands manipulating the main rope.  One of the operators, seeing that his life was hanging by a thread, and fearing that this person would cut the only rope that was holding him, quickly clung to the ledge of the building so as not to rush into the void while both workers shouted for help, hearing the noise the person who was manipulating the security ropes from a window of the building, dropped the only one left uncut and hid inside the apartment. 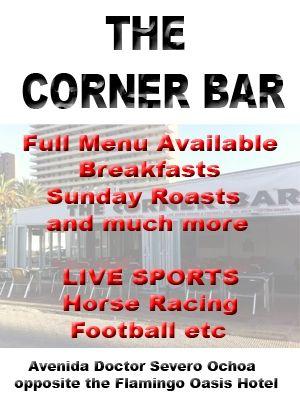 The workers were at the 13th floor at the time of the events,  they managed to reach the ground quickly and safely without suffering any kind of injury, and notified the police.

Local Citizen Security Brigade patrols attended the site and activated the special protocol against violent crimes, and officers from The Scientific Police and Group IV of the Local Judicial Police Brigade were in person to take over the investigation. Reviewing the evidence it was found that the rope had been cut by an object similar to a knife.

When the agents arrived at the apartment where the events appeared to have happened,  and interviewing the couple inside their first reaction was to attack the operators accusing them of  breaking the hinges of a window when performing the work. However, they then stated that they did not know anything about what had happened and that in the home besides them were several workers carrying out repairs at their home and the author could be one of them.

Subsequently, the investigating agents collated all the evidence with demonstrations obtained from the victim and witnesses at the scene of the crime, determining that at the time of the events only the woman was in the house ,being the one who allegedly cut one of the two security ropes that held one of the workers and the reason was due to the disagreement with the realization of the rehabilitation work of the building that had been approved by the community of neighbours.

If the main rope had been cut and not the safety rope, a fall would have occurred by increasing the operator's weight by ten times its value with dire consequences for his physical integrity.

The detainees, male and female, were transferred to police units and after being heard in statement, the man was released as the officers determined that at the time of the events in the house there was only the woman, who apparently suffered some kind of psychiatric disorder, being the sole author of the attempted murder so she was made available to the Court of Instruction of the , decreeing the Judge his release on charges.