Bars in Benidorm ask for Licence changes to be able to re-open their doors - Twenty bars ask for licences as cafes to try and protect their winter income.

Nightclub businesses try to reinvent themselves but have to pay an average of 2,000 euros to change their licences to be able to open their premises after the restrictions imposed by Health closure of establishments. The sector demands more measures and solutions to the Covid situation.

Benidorm's nightclubs have not been able to open their doors for weeks after the restrictions imposed by Health of the closure of such premises by the health crisis of the coronavirus. Not being able to open means losses and thousands of jobs that have been lost or are in Ertes whilst waiting for a solution. But some of the entrepreneurs do not want to stand still and have decided to renew the activity of their premises to be able to return to some activity that allows them, at least, to have some income to survive the winter. To do this according to current regulations in Benidorm, they have to take out new licenses that allow them to work as cafes or lounge to start receiving customers again.

But they had to dig deep in their pockets. In Benidorm, changing activities means taking out a new license to be able to provide that service and leave the list of nightclub establishments, meaning  it is not an extension of their current license or even a change of it because of the situation generated by the coronavirus, they practically have had to start from scratch and submit new documentation in order to reopen the premises but with different activity. 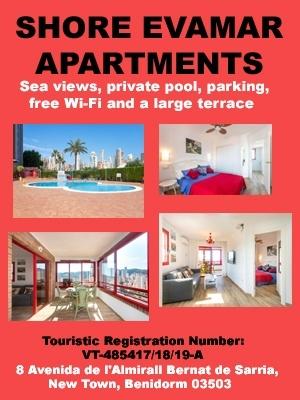 Rubén Navarro, the vice president of Ociobal (Association of Leisure Venues and Discos of Benidorm) who indicated that "there are entrepreneurs who have already requested new licenses of activity to be able to open the premises". In fact he himself assured that he has done so with two of his businesses.

The Ministry of Health agreed on 17th August to close all nightclubs in the Valencian Community, restrictions that remain in force today to try to curb coronavirus contagions. A week later, Ociobal, together with other associations of the city such as Aico (Association of Merchants) and Abreca-Cobreca, decided to demonstrate in the tourist capital because of this massive closure that left them in a complicated situation since they were no longer able to open during the confinement.

From August, the leisure sector began to try to open its doors again. In the province, in some municipalities such as Novelda or Petrer, town halls have allowed such premises to open as cafes adapting to their measurements: close at 1 a.m., maintain the safety distance of 1.5 meters, a capacity of 75% and lower the level of the musical setting to 70 decibels as well as respect all sanitary hygiene prevention measures. In Benidorm, the situation is different.

Navarro stated that "a new license must be obtained". And what does that mean? Well, present all the documentation that includes, among other things, an engineering study that must also be addressed economically in addition to the corresponding payment of a new authorization. The cost is made according to 'some issues such as meters' and can reach an average of 2,000 euros plus the fee for the engineering study which can be between 500 and 1,000 euros.

It is also necessary to meet all the requirements, as indicated by the Councillor of Openings and Citizen Security, Lorenzo Martínez, who noted that of the more than 400 nightlife establishments in the tourist capital, there are twenty that have made the efforts to get that new license. 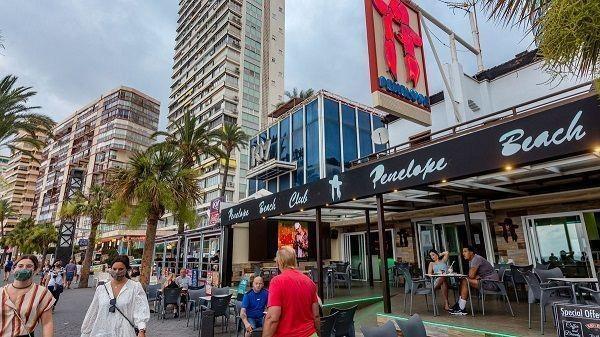 Some pubs and clubs in Benidorm have reopened as cafés to have customers again. Photo credit DAVID REVENGA

The first new licenses were requested at the end of August, as soon as they knew the restrictions that did not allow to open to nightlife, and in order to take advantage of the end of summer and the beginning of autumn and lengthen as much as possible to wait for the situation to change and tourists to return. "As far as possible and meeting all deadlines, the City Council has tried to speed up these procedures because of the situation that the city is living in,". Navarro added that there are businesses that have not been able to apply for this new license: "there are those who want to but have not been able to because due to the characteristics of the premises". But there are also owners who have not been able to make the investment that this new license entails, according to the same sources. Among the requirements to open as a café or lounge, depending on the sector, is the "a space for kitchen and all smoke outlets", among others.

The Vice-President of Ociobal added that "it is the only means we have had" to try to "save" the future after an atypical and complicated summer for the sector. "We found that option, but the real assistance would have been that they would have allowed us to do it directly on a temporary basis," Navarro said, as they have in other cities in the province. But in addition, the sector calls for more measures to deal with the situation they are going through. For this reason, Ociobal was one of the conveners of the demonstration that took place a few weeks ago in Benidorm to ask for the extension of the Ertes or aids so as not to have to close forever or go bankrupt. All in all, they hope to survive the winter months and not have to close again, but this time forever.

Please note this article has been translated from Spanish to English so some detail may be slightly lost in this translation.  Read the original article in Spanish at Diarioinformation