Benidorm Local News Man found guilty of a stabbing in Albir. Update - 22nd June The Audiencia of Alicante has sentenced to five and a half years in prison for attempted murder, the defendant admitted the facts at trial and pleaded guilty to the assault that occurred on the morning of July 12th, 2019. The court applies a damage repair attenuator, because it paid compensation to the injured young man before the trial was held last week.

The events of this strange stabbing incident occurred in a bar on the beach in Albir the incident took place at around 11.00 on July 12th, 2019.  The accused has now pleaded guilty to the assault and the Prosecutor's Office have asked for five and a half years in prison after the trial  was held in the Audiencia de Alicante.

A group of six young British people were having breakfast in the bar, but when it came to paying the bill, it turned out that they did not have enough money.  Five of them left to gather up the money, while the sixth stayed at the venue to ensure they would return. The staff of the premises ended up calling the police. Shortly after the officers arrived, the accused, also British and who had seen the whole scene from another table, offered to pay the money that was owed. With this gesture, the officers ended the incident and left the bar. The defendant was a regular customer of this establishment. 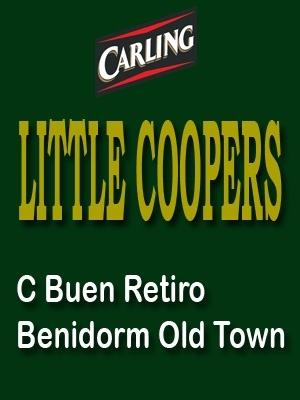 However, the defendant (aged 46) and the young man (20 years old) had an argument, for reasons that are still unknown. The defendant then asked the waitress for a knife, when she refused he went into the kitchen the establishment and took a large knife, he then returned to the bar area where he surprised his victim from behind and stabbed him in the neck.

He then returned to the kitchen, washed the bloodied knife in the sink and told the bar waitresses "if you ask, it wasn't me" and left. The man was arrested shortly afterwards and a court in Benidorm ordered his admission to pretrial detention the next day and he is still imprisoned for these acts.

Initially, the Public Prosecutor's Office demanded a sentence of up to ten years in prison for a crime of attempted murder. A request that was reduced to five and a half years in prison after the defendant's guilty plea.

During the interrogation, with the confession of the accused, it was not necessary to delve into the motive for the assault. The waiters who were in the bar at the time of the incident also did not know what motivated the assailant to suddenly go to the kitchen to pick up a knife.

The victim testified by videoconference from the UK. As a result of the stabbing, he was admitted to a hospital and took about 144 days to fully heal from his injuries. The wound left a scar that caused an aesthetic damage which the Public Prosecutor's Office considers to be slight. Attempts to be able to connect with the United Kingdom to make the statement remotely resulted in the oral hearing ending later than planned.

Please note the above has been translated from Spanish to English, some of the finer details may be slightly lost in this translation, read the original article in Spanish HERE

Keep up to date with all the latest local news HERE