Sad news for Benidorm as the owners of Festilandia disassemble all the machinery because of the impossibility of reopening after ceasing activity in March due to covid-19. The company hopes to get the business back with new attractions when the pandemic is reversed.

The leisure playground in Benidorm is already history. As is been the case with many other companies trying to survive tooth and nail during the coronavirus pandemic.  Festilandia was  forced to close its doors in March and it has now turned into another victims.

The owners of the complex have begun the dismantling of all the attractions.  Festilandia which is located in the middle of the Avenida Mediterraneo has over the last three decades had become a symbol of the Benidormense urban scene. Now, their attractions are barely visible, although the owners expect it to be for a short time.

Thousands of children from Benidorm and elsewhere in Spain and Europe, have spent fun afternoons in Festilandia throughout its 28-year history, when it took over from the now defunct Europa Park. In fact, since then, this park had been unrivalled. Not even the opening of large amusement or themed complexes in the city, such as Terra Mítica, managed to shade it. Only covid-19 seems to have damaged it.

"In March, like everyone else, we had to close and it has already been very difficult to reopen, practically impossible, because many security and health control measures had to be put in place and we didn't want to put anyone at risk," explains Honorio Perea, owner of the facility. 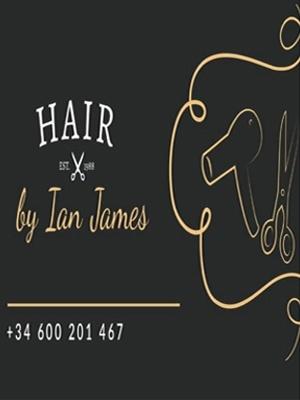 The company hopes it can reopen its doors in a few months, if the health and economic situation allows, with renewed attractions and a "new concept of leisure",

"We would very much like to be able to be operational again for next Easter, although that will depend on how everything evolves", said the owner of this emblematic complex, who also made clear his willingness to continue contributing: "There is a company with an interest in taking over the project and that has experience in this sector, so the objective would be to be able to reopen as soon as possible, generate between 28 and 30 jobs and, above all, re-add our grain of sand to improve Benidorm's facilities for families"

Festilandia is not the only park that has been hit hard by the coronavirus crisis and, with it, the collapse of tourism in here.  Terra Mítica themed complex, owned by businessman Georges Santa-Maria, has also not reopened its doors all year, while Mundomar and Aqualandia, also from Santa-Maria, closed in mid-August. The only complex that for now resists in the city is Terra Natura, with limited opening forecast at weekends at least until March.

Please note this story has been translated from Spanish to English, so some detail may be slightly lost in Translation.  Read the original article at Diarioinformation

THINGS TO DO FOR FAMILIES IN BENIDORM

the only thing is,the major hotel chains will be sniffing around,as this is a great location for a new hotel.i remember there used to be a wee funfair on the calle gerona ,where the broadway disco /bar is located now.and it was a great wee place...

the only thing is,the major hotel chains will be sniffing around,as this is a great location for a new hotel.i remember there used to be a wee funfair on the calle gerona ,where the broadway disco /bar is located now.and it was a great wee place to take your kids.theres not much now in benidorm to take kids at night, compared to years gone by

Hopefully not as the company have already stated that they hope to re-open next year around Easter time all being well.

Very sad news indeed, hopefully it will re-open next season even bigger and better.