Benidorm´s Plans for Tourists Return -  Benidorm creates a model of national corridors for tourists to return.

Benidorm as a safe island for national tourism. That is the premise with which the tourist capital has set out to draw up a model of national safe corridors so that tourists can spend their holidays in the city again in the Spring of 2021. The project which is to be carried out by the City Council, Visit Benidorm and Hosbec, is already drafted and has been sent to the Consell for analysis. The initiative aims to become a pilot approach with Benidorm as the first point for its implementation.

This approach comes after a "difficult" summer season and in the face of an autumn and winter with little tourist activity; but above all so that, before the spring and summer of 2021, there is a tool to "enhance the revival of the sector", as reflected in the project document. 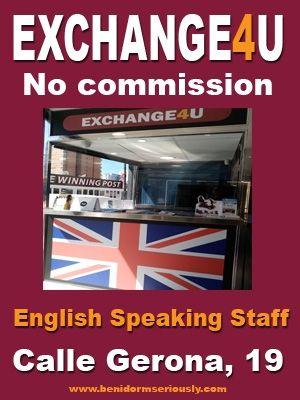 The municipality has already presented its "Benidorm Island" for international visitors. But the current situation of the pandemic and the uncertainty of when foreigners will be able to return has caused City Hall (from the Council of Tourism), the Visit Benidorm foundation and Hosbec to have drawn up a similar plan to get ahead of the return of visitors from Spain, especially those more consolidated places such as Madrid or the Basque Country.

The plan is to establish 'conditions that allow the transit of tourists to accommodation' ensuring health security. To do this, the point of origin must be in the same epidemiological conditions as Benidorm. But in addition, a health check of visitors at the destination would be carried out at all times, with temperature controls and diagnostic tests that, in this case, the proponents consider should be antigens. And all this controlled by a "Hospitality team" that supports tourists and ensures that all parameters are met.

The document with the keys of these corridors is already written "to have it ready for when there is a green light" and after the "intense" work carried out by professionals in the sector, Said Mayor Toni Pérez. "Benidorm should be the pilot because, if it works, it can be done in any other destination." And with that idea, the President of the Consell, Ximo Puig, has been sent to study the possible implementation.

The idea of "Benidorm Island" started from the "need of the city to be a spearhead for the arrival of tourists" internationally, Pérez said. But at the same time we were already working on the same models of national brokers. "There is a latent demand that wants to come to Benidorm because they have the thought that here they are even safer than in their own cities." Therefore, it was necessary to raise these safe corridors so that, when the situation improves, to have the work done: "Right now, with peripheral limitations there is only mobility in the Valencian Community but that does not want someone from Castellón to be able to come on an organized trip". Something that the communities are opening up could be extended to other areas, according to the city's first edil.

"Benidorm Island" In "stand by" the international plan

Benidorm presented last September its project of "Benidorm Island" to offer a safe tourist destination that behaves like an island of tourist security in order to regain its position in the British market. But the evolution of the pandemic left this possibility with foreign tourism in "stand by".  The hotel employer Hosbec has since claimed, if the health situation allows, the need of these runners to recover tourist activity as soon as possible.

Please note this article has been translated from Spanish to English so some detail may be lost in translation.  Read the original article HERE

Join Benidorm Seriously on Facebook for daily news and information