We are always saying that a Holiday in Benidorm has something for everyone, no matter what you are looking for, be it a quite restful holiday or a 24/7 party, but how do other places measure up?

Derek and I had what we expected to be a dream holiday on the Amalfi Coast for my big 50th birthday (2016), but it was far from the dream holiday we were expecting, but it did make us seriously appreciate what Benidorm and the surrounding area has to offer both locals and tourists. Here is a comparison of the two areas.  I expect prices will have risen in the Almalfi region since 2016, but prices for drinks and food have basically stayed the same here in Benidorm:-

Naples - A nice airport, clean and tidy but very very chaotic on arrival. The queue to the car rental pick up point was miles long and we were told there would be a two hour wait for the shuttle bus, so dragged our cases for 15 mins to the car rental section, which was just as chaotic. Keys to the car handed over, no checks done etc. 4 out of 10

Alicante - Again a nice clean and tidy airport, quite good signage and nowhere near as chaotic as Naples, car rental points are inside the airport. 9 out of 10.

DRIVING
Amalfi. Not for the faint hearted. Very poor road conditions, road markings are almost nonexistent and rules of the road are generally ignored. Definitely not a good experience for an inexperienced driver. The only road in good condition in the whole area was the toll road and even that is far from perfect. 2 out of 10

Benidorm.
Although somewhat “madder” than the UK. Spanish driving is relatively tame in comparison to Italy. Traffic lights take a bit of getting used to as often drivers receive a green light at the same time as pedestrian. No such problem in Italy where traffic lights are a rare sight. Spanish roads are excellent quality even up in the mountains and smaller villages. 10 out of 10

THE HOTEL
San Angelo Hotel, Pimonte - Classed apparently as a 4* hotel, we had even paid extra for a "Superior" Double room. The room we were first shown to had paint flaking off the ceiling in the bedroom area and the bathroom, a bathroom mirror was stuck onto the wall with sticky tape. After asking at least 4 members of staff if this was indeed a superior room all of who said yes it was, a phone call was made to the booking agent who organised a room change for us, we were then given a room with a very distant sea view and told this was indeed a superior room, it was slightly better but no way would it be considered a superior room in any 4* hotel I had ever been in anywhere else in the world.

A good size terrace but no furniture provided to sit out on it. Plastic cups were provided, but these were not replaced for the duration of our stay (10 nights), although there was a fridge no tea or coffee making facilities were there.

Their idea of a double bed was 2 single beds pushed together with a sheet over.....

The bathroom was just about adequate although on the booking site they make a big thing about power head showers the water managed to come out at a normal rate and I think we only had one hot shower during the stay and that was at 5 am one morning.

Its seems that the grading system in Italy is not really worth anything, as all a 4 or 5* hotel have to provide is 24/7 reception service and air-conditioning, (we did have air-con but it was either on or off you had no control over the settings)

Breakfast - Ham, cheese, bread and cakes, exactly the same for the entire stay. 2 out of 10

Benidorm Hotels - Although we have not stayed in any we have worked in enough to know that a 4* hotel would provide the facilities expected. 9 out of 10

Amalfi coast - There are no real beaches in the area, and to sit on any of the beaches/platforms you have to pay around 15€, sun lounger hire is around 15€, parasol 15€. 2 out of 10 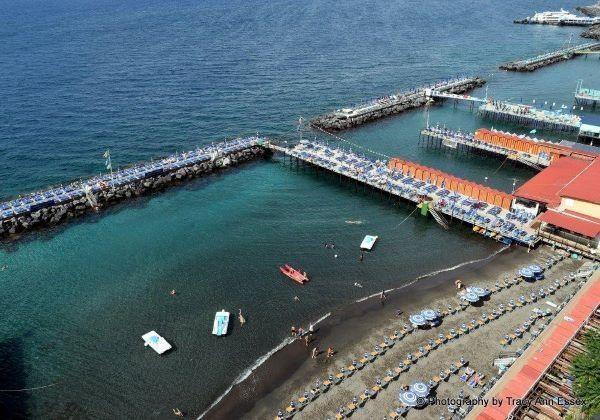 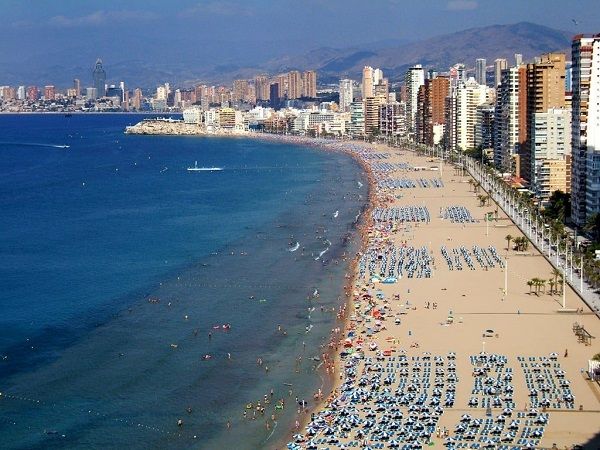 THE GENERAL AREA.
Amalfi Coast - Undoubtedly some spectacular scenery around the coastline, but get two minutes away from that and it is unbelievably dirty, rubbish at the side of the roads and very very run down buildings, comparable to a 3rd world country. Car parking (if you can find any) will cost you on average 2.50 per hour, in Amalfi itself it was 5€ per hour. There are not that many tourist attractions and the area is not really classed as suitable for a children's holiday. 3 out of 10

The Costa Blanca - We have some spectacular scenery of our own here, parking is generally free or at the very most around 2€ for the whole day. The whole area is clean and tidy with some lovely traditional villages etc. and some of the best blue flag beaches in the whole of Spain. The area is suitable for the whole family with plenty of tourist attractions and things to do and see. 10 out of 10

FOOD
The Almalfi Coast - Not a great deal of choice really unless you love pizza or pasta and even this is expensive a meal for 2 with 2 drinks 1 spaghetti and one lasagne cost 47€. Steaks are a good quality and average price around 18€ BUT once bread and water is put on the table another 10€ can be added on also chips etc are another additional charge around 5€. A lot of places also add on a 10 or 12% service charge, before you know it your bill it up to over 60€ just for 2 main meals and 2 drinks. Even ice cream is expensive as much as 7€ in some tourist places for just 2 small scoops and if you eat in an additional charge will be applied. An English Breakfast is very very difficult to find and will be around 10€ for a very basic one. There are a few fast food places but you have to travel miles and miles to find them. 2 out of 10.

Benidorm - Benidorm undoubtedly spoils you for anywhere else as it is so cheap here where you can get a 3 course Chinese meal from as little as 5€ and that includes half a bottle of wine, beer or a soft drink, the choice is amazing and you will always find somewhere to eat no matter what time of day or night it is. 10 out of 10

If anyone has a holiday experience they would like to compare in a similar way to their holiday in Benidorm, please send your article to