Changes to EU travel - There are two quite big changes due for travel in and out of the European Union that will affect non-EU citizens such as British, Americans, Australians and Canadians etc..  The two new border systems being put in place will mean a slight change to travel both in and out of the EU and Schengen zone.

EES - Entry/Exit System - latest update points to the system starting in May 2023.

This does not change anything in terms of the visas or documents required for travel, or the rights of travellers, but it does change how the EU’s external borders are policed.

Basically, this will be a security upgrade to replace the current system that relies on border guards with rubber stamps, these will be replaced with an electronic swipe in/out system that registers more details such as your immigration status, this tightens up the 90-day rule and means that anyone attempting to over-stay will instantly be spotted.

The EES system will be able to calculate how long you can stay within the EU, based on your rights of residency or your 90-day allowance, it also checks whether your passport has ever been flagged for immigration offences such as overstaying a visa.

This system is for non-EU nationals who are entering the EU as a visitor (rather than residents). The system scans your passport and will tell you how long you can stay for (based on the 90-allowance or the visa linked to the passport).

The system will register the person’s name, type of travel document, biometric data (fingerprints and captures facial images), as well as the date and place of entry and exit. In addition, the system will also record entry refusals. The data will be gathered at land crossings, seaports, and air and then will be shared with the relevant government agencies.

It will require all non-EU arrivals to have four fingerprints scanned and a photograph taken on first entry into the bloc — biometrics that will be verified on each subsequent entry. Anyone who overstays or exceeds the 90-day rule could face a fine or ban on their future travel.

Many airports already have biometric passport scanners but at the moment they are only checking that your passport is valid and the photo matches your face.

The system will help bona fide third-country nationals too to travel more easily while identifying more efficiently over-stayers and cases of document and identity fraud. As soon as the new system starts being operational, the authorities will put self-service devices at airports. These devices will be used to scan airports, faces, and fingerprints, land borders will get gates where people will be able to scan their documents and face and register their entry or exit into the EU.

This is only for the EU’s external borders, so will not apply if you are travelling between France and Germany, but would apply if you enter any EU or Schengen zone country from a non-EU country eg crossing from the UK to France or flying into Germany from the US.

What if you are a resident? Non-EU nationals who live in an EU country and have a national residency card such as a TIE in Spain are not affected by this, since they have the right to unlimited stays within their country of residence.

For non-EU nationals who have residency in an EU country it could mean the end of the rather inconsistent process of passport stamping, which has been a particular issue since Brexit

The European Commission first started consulting on this in 2016 with a planned start date of 2020. The Covid-19 pandemic disrupted that.  The EU’s Entry/Exit System (EES) is set to become fully functional in May 2022. 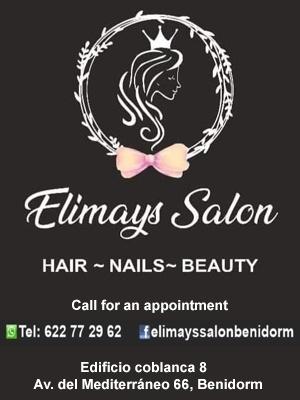 ETIAS - European Travel Information and Authorisation System - Note - An ETIAS visa waiver is NOT a visa.

This is only relevant to non-EU citizens who do NOT live permanently in an EU country or have a visa for an EU country, so includes tourists, second-home owners and those on family visits or doing short-term work.

Update 15th August 2022 - The governing body has delayed the launch for British holidaymakers until November 2023.

The launch of the scheme has been postponed several times now, so there’s always a possibility that it will be postponed again.

Citizens of many non-EU countries including the UK, the USA, Canada, Australia and New Zealand can spend up to 90 days in every 180 in the EU or Schengen zone without needing a visa – the so-called ’90 day rule’ – people are still entitled to spend up to 90 days in every 180, but the process will not be completely free and travellers will have to fill out an online application before they travel. 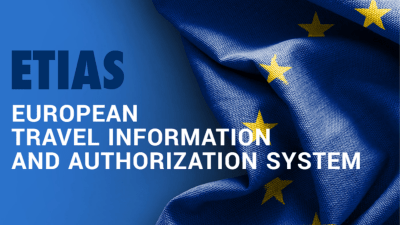 Once issued, the authorisation lasts for three years,  an ETIAS will be valid for a period of three years at first, and then it will be issued for longer periods, so frequent travellers do not need to complete a new application every time they travel.

Each application will cost €7, which  is over 11 times less than paying for a visa, which costs €80, plus extra fees for applications filed through outsourced visa services - FREE for under 18s and over 70s.

The procedures for obtaining an ETIAS include going online at the ETIAS website (which hasn’t been launched yet) and completing a simple application form. This form contains questions regarding the identity of the traveller and some background security questions.

The traveller is required to upload his/her passport scan on the system and pay a small fee at the end of the application. The European Commission state that applications should be processed quickly (10-15 minutes to complete) but advise travellers to apply 72 hours in advance in case of delays.

Join Benidorm Seriously on Facebook for all the latest news and information.