Christmas will come early in Benidorm

Christmas will come early in Benidorm this year.  The lights will be in place and lit during mid November and not early December as in previous years.

The Christmas lights will go up almost a month earlier than usual, they will be erected and lit during Mid November after Benidorm´s Patron Saints Day.  This has been requested by the local business owners to attract customers and help energise the area.

The Council of Festivals of the City Council is already setting the same ahead of the usual dates "at the request of the Independent Association of Merchants (AICO)", as explained by the councillor of the area, Jesús Carrobles. Like the previous year, this artistic lighting will be installed in the downtown area of Benidorm and in the main streets and / or avenues of the rest of the neighborhoods of the city, where the largest number of shops and transit people are concentrated. 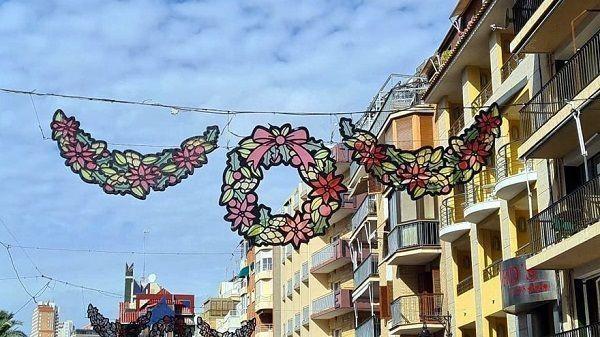 Jesús Carrobles from the Independent Association of Merchants (AICO) indicated that "in an atypical year like this, marked by the pandemic and its consequences, it is important to carry out measures that contribute to the dynamization of economic activity, in this commercial case, which has been clearly affected by the health crisis".

The forecast is that the lighting will light up "in mid-November, once the dates on which our Main Patron saint festivities were to be held". Carrobles has recalled that traditionally "Christmas lighting was lit during the first days of December, coinciding with the opening of the Christmas Square and the beginning of the special Christmas programming".

"We believe that the presence of lighting from early times can stimulate consumption by bringing to the streets the joy of Christmas,"

Please note this article has been translated from Spanish to English so some detail may be slightly lost in this translation, read the original article in Spanish here at Diarioinformation