I am sure everyone has had an email at some time from some far off distant relative stating you have inherited a small fortune, contact this solicitor now with your bank details etc.  This is called the Nigerian letters Scam, DO NOT fall for it.

Guardia civil agents have arrested 60 people and are investigating five others in the province of Valencia for allegedly committing scams through the method known as 'Nigerian letters', in which the false inheritance of a non-existent fortune if they make a series of payments in advance. So far, alleged scams worth 20 million euros have been cleared up.

This investigation, dubbed Operation Risala , has dismantled a supposed  international criminal organisation based in Valencia, with leaders of Nigerian origin and apparently working the f 'Nigerian letters', scam, according to a statement from Benemérita. 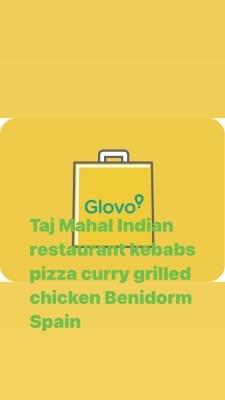 It seems the Fake Inheritance scam has been paying benefits for some.  The police have also ceased/confiscated more than one million euros in counterfeit dollars, 250,000 euros in banknotes of various values ​​and bank accounts have been blocked with an estimated amount of 270,000 euros.

The operation began in February 2018 as a result of a complaint received through the United States Department of the Interior, in which a resident of that country reported that they had contacted her to indicate that it could be the heir of a person who had died without close relatives.  The emails indicated that it was a large amount of money that was deposited in Spain and that, in order to receive the money they had to make a series of transfers as payment of the necessary taxes.

Apparently, the leaders of this organization sent mass emails or faxes from a fictitious lawyer , with the offer of the supposed inheritance of several million euros in which they made believe that a relative of the recipient had died in Spain without heirs and that in case you want to receive the inheritance, you should bear management costs.

When someone was deceived, another member of the organization was posing as the director of the security company or the bank where the money would be deposited and managed to make transfers to carry out the "procedures" to collect the inheritance. Some victims even moved to Valencia from their countries of origin to manage the inheritance.

The alleged members of this gang prepared a whole staging in which a woman generally picked up the people in a taxi at the hotel where they were staying and took them to the Tax Office itself, where it pretended to process the documents.

From there they were transferred to a storage complex that pretended to be a security company, where another member of the organization showed them the safety box where the inheritance would be deposited and charged them in cash for part of the "management expenses". When they paid the "fees," they were told that the lawyer handling their case was ill and would contact them to continue the process.

Once in their countries of origin , the victims apparently received communications with excuses for the delay in payment due to the fault of the Spanish organizations and courts, sending them falsified documents supposedly issued by the Supreme Court or Tax Agency, among others, and that they had to continue making payments for the expenses of managing an inheritance that would never come.

To carry out these events, the alleged leaders of the organization allegedly had a network of 'mules' distributed throughout the national territory , some of which had organized a business network to apparently try to give a greater aspect of legality to the transactions they received from the injured parties. These 'mules' extracted the money in cash or transferred it to other members of the organization whose supposed mission was to serve as couriers and, using money transfer systems in call shops, purchase various merchandise for later shipment to Nigeria in containers.

The majority of victims were born between 1940 and 1950 all nationals and residents in foreign countries mainly in the United States, Norway, Sweden, Switzerland, Slovenia, Korea South, Australia, Germany, France and Chile among others.

Please note this article has been translated from Spanish to English so some details may be lost in translation, read the original here at lasprovincias

KEEP UP TO DATE WITH ALL THE LATEST NEWS STORIES HERE