End of September September to Early October October (Schedule still to be released.  The Schedule below is from 2019 for guidance only) 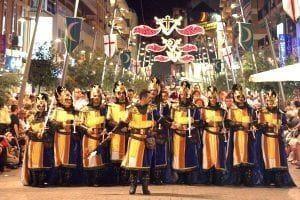 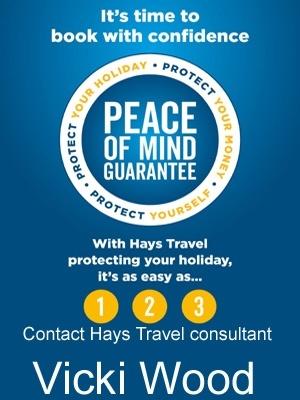 Beach Invasion - Gathering of the Moors and Christians on Levante Beach (between Calle Valencia and Avd Bilbao)  The Moors will March to the Christian camp where a series of fights and medieval games begin.  No friendly agreement is reached an the ritual concludes with the Moorish invasion of the town.

Battle Commences.  This event takes places at the site of the grand castle that has been erected in the Town Hall Square (Aiguera Park) War is declared on the Christian King and a series of colourful fights commence finishing with power being returned to the Christians.

A spectacular display of colour as both kings and their troops march through the old town, starting at Thomas Ortuno and finishing at the town hall 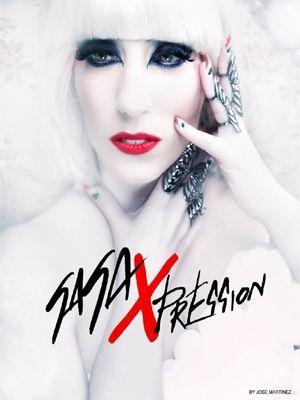 The Moors admit defeat and retreat.

To conclude the festivities there is one more parade of floats that will journey through the old town from Thomas Ortuno to the town hall accompanied by the Benidorm Fiesta Queens.  There will be lots of confetti, sweets and gifts thrown to those lining the streets.

The above is the official schedule of events available at the moment (translated from Spanish), if any more details become available it will be updated, all events take place in the Old Town

WHEN IS THE 2019 MOORS AND CHRISTIANS IN BENINDORM

any more news yet

No sorry the town hall are not particularly good at advertising dates etc, sometimes they are not announced until a week before.

No published dates yet but normally the last weekend of September. The post will be updated as soon as we know x

Jill Shail
There are no comments posted here yet