The below are genuine funny holiday complaints made by holiday makers from around the world.

“We went to Turkey and there was far too many Turkish people for our liking,” said one, while another complained:

“The water in the Gulf of Mexico was too salty. No one told me that there was going to be salt in the water. It was gross.”

“The ice in my glass melted too quickly.”

“It was windy on the beach and the sand went in my eyes,”

“The bar wasn’t open so I couldn’t have my 7am airport pint,”

"The food was so cheap by the time we got home I’d put on half a stone,”

“The restaurant said ‘Children eat free’ but my 19-year-old daughter still got charged for her meal,”

“My husband drank the local beer and ended up violently drunk. They must put something in the alcohol here.”

“My fiancé and I booked a twin room but we were placed in a double. I’m now pregnant.” 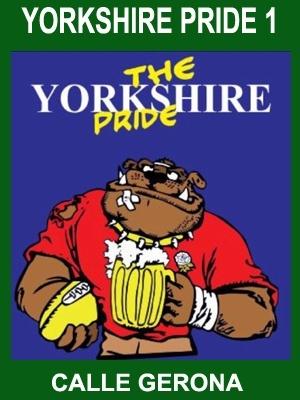 “There was no sign telling you that you shouldn’t get on the hot air balloon ride if you’re afraid of heights,

“We went on a canoe trip but were very disappointed that no one told us there would not be a bathroom onboard. It was very inconvenient.”

"We went on a skiing holiday but we weren’t informed that we would actually have to be able to ski.”

One who found a Do Not Disturb sign on the back of his room door said: “I thought the staff had locked me in."

“The weather at home was nice while we were away so the whole holiday seemed a bit pointless.”

"Our room was just 16 C. As an evidence, I am sending you a photo of the thermometer reading 20 C."

"Topless sunbathing on the beach should be banned. The holiday was ruined as my husband spent all day looking at other women."

"Our room was just 16 C. As an evidence, I am sending you a photo of the thermometer reading 20 C."

"The brochure stated: 'No hairdressers at the resort'. We're trainee hairdressers and we think they knew it and made us wait longer for service."

"It is your duty as a tour operator to advise us of noisy or unruly guests before we travel.

"Nobody told us the sand would be hot. It was almost impossible to walk on it." 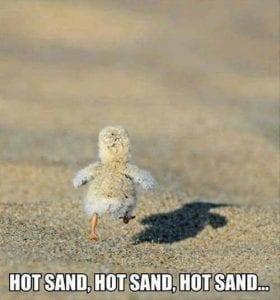 "I only got 2 toilet paper rolls per day."

"I'm sure I've stayed in this hotel room in a previous life. I cannot stay here again."

"The roads were uneven and bumpy, so we could not read the local guide book during the bus ride to the resort. Because of this, we were unaware of many things that would have made our holiday more fun."

"Food in the Greek hotel was too Greek. We had to eat in the nearby fast food."

"There was no English food in our hotel, we had to eat in the Chinese Restaurant opposite every night"

"We booked a trip to a water park but nobody told us we had to bring our swimming suits and towels."

"I was bitten by a mosquito. Nobody said they could bite." 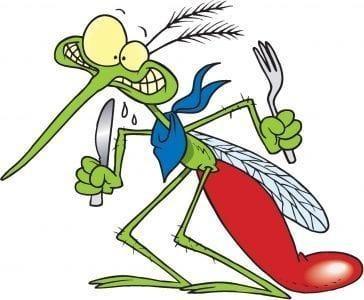 "The sand on the beach was whiter than in the brochure."

"There were no shells on the beach"

"It took us nine hours to fly home from Jamaica to England but it took the Americans only three hours to get home. This seems unfair."

"We bought Ray-Ban sunglasses for 3 Euros from a street trader, only to find out they were fake."

"We had to queue up outside  and there was no air-conditioning."

"On my holiday to Goa in India, I was disgusted to find that almost every restaurant served curry. I don't like spicy food."

"Although the brochure said that there was a fully-equipped kitchen, there was no egg-slicer in the drawers."

"No one told us there would be fish in the sea. The children were scared."

Queries that the Embassies have dealt with - The Embassy are there to help with medical emergencies etc but last year thousands of people called them in the hope that consular staff could help them with much more mundane matters.

In the hope of dissuading future time wasters, the Foreign Office have revealed some of the more bizarre requests for assistance made by travellers.

"One homesick expat called up to ask the best place to purchase some English bacon,"

While another was worried that he might encounter "nudists walking through the streets" and called in to ask how best to avoid them in Southern Spain.

When a Spanish expat decided to send Prince Charles a present of a pair of shoes he had one big problem: he didn’t know his shoe size. And so he called local Foreign Office officials.

One member of staff at the consulate in Malaga was surprised to be asked to assist in a household staffing problem by a Lebanese caller.  "Can you send me an English butler?" asked the woman. 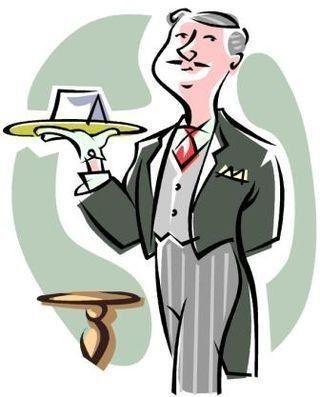 Mirroring the British need for familiar products, one Spaniard called in to ask the all important question: "Can I take a leg of ham on board the plane?". When informed that he had called an emergency number, the indignant caller replied: "Ham IS an emergency for me."

In another emergency call, a Spaniard requested that the consulate book him some bus tickets: "I'd like two bus tickets, window seats please. For Friday. I know that this is the emergency number, but it was just in case it worked. The bus station is really far from my house, you see."

Another called for some simple translation advice: "How do you say enema in Czech?"

One confused businessman called in looking for information on the construction of plug sockets.

A man asked consular staff in Dubai to meet his dog on arrival at customs and help it through the customs process.

It can be annoying when you’re trying to make a reservation for lunch and all the best places are full – but few of us would see it as a Foreign Office matter. One resident of the Spanish resort of Malaga clearly did. She called in mid-September to ask consular staff where she could get a Christmas lunch as everywhere was already booked up.

Staff in Greece were asked for tips on the best fishing spots and where to purchase good bait.

It wouldn’t occur to many people to call their local British embassy to deal with a loud buzzing noise in their apartment but that is exactly what one Moscow-based expat did.

A man once rang the consulate in Sydney to ask what clothes he should pack for his holiday.

Negotiating local bylaws can be time-consuming and difficult so when one Briton in Sofia, Bulgaria, wanted to sell his house there he had the brainwave of asking the local consulate to do it for him.

A man called the consulate in Florida to report that there were ants in his holiday villa and asked what he should do.

And of course we here at Benidorm Seriously also get asked some quite strange questions...... but that is another story lol