Green light  for new camping area at Terra Mitica The "campsite" will be in form of 102 "Themed" cabins.

The Benidorm City Council have given the Green light for a new camping area at Terra Mitica. The project to provide new accesses to one of the areas included in the Special Master Plan for Uses and Infrastructures (Pedui) of Terra Mítica , number 4, on which the company owns of this complex plans to open a camping of cabins.

The resolution, however, could still be optionally challenged by filing an Appeal for Reinstatement before the Municipal Administration prior to the Contentious-Administrative, within a period of one month, or by going directly to the courts, within a maximum period of two months. . Despite the fact that this possibility still exists, everything indicates that the document will not receive any new objection given that, according to Caselles herself, in the public exhibition phase no allegation against it was presented either. 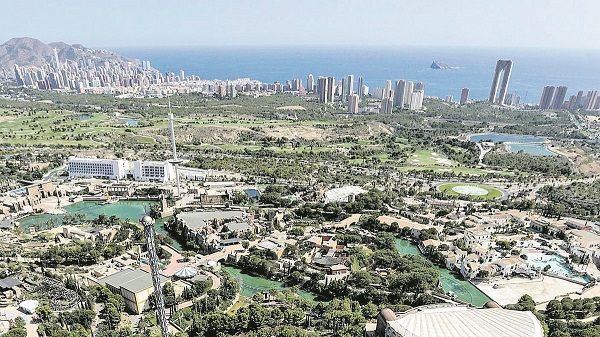 The campsite that the Terra Mítica property plans to develop in the surroundings of the leisure complex consists of 102 cabins themed in ancient Egypt , following the hotel model that the company already has in operation a few meters away. The mayor Caselles explained that it will be a "premium" campsite, similar to the one built together with Terra Natura and jointly operated by the zoo and the Magic Costa Blanca chain. In fact, the one now projected by Terra Mítica will also include communal and private swimming pools, garden areas or play areas, all with the setting of the Egypt of the pharaohs.

The land on which this new accommodation will be developed, as was the case with the Hotel Grand Luxor , is one of the five plots that in 2006 the builder Enrique Ortiz was awarded for 85 million euros, which the Generalitat used to raise the suspension of payments in which Terra Mítica was. The businessman planned to use this land to build apartments, although after partnering with the Santa-Maria company to develop the land, it was decided to use it as a campsite with bungalows as a complement to the hotel opened in 2016.

The article has been translated from Spanish. Read the original story HERE