Since the 2008 financial crisis, the Spanish authorities have brought in additional banking regulations. For customers with day-to-day banking needs (rather than investment or business accounts) this primarily shows as increased security when opening an account. However, the process is still easy and more straightforward than in many other European countries.  This will help you with the process of opening a Non Residents Bank account

Choosing a bank in Spain

Warning.  We strongly advise members not to consider Bankia.  Personal experience with this bank involves hidden charges, whereby the bank make it difficult to use their facilities and then charge extortionate fees for not using them. 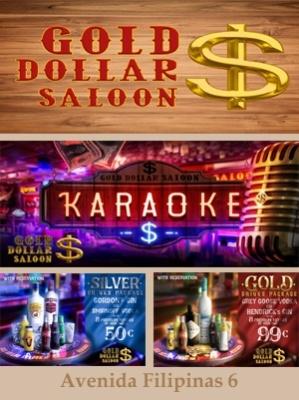 Spain has over 170 financial institutions, most of which offer accounts for daily use (paying bills, receiving salaries and so on).  These are split into two types: cajas and bancos. Bancos, like most banks in other countries, are privately owned or public limited companies and are more likely to be national chains. Major banks include:

• Cajas are state owned, and are often local.

Some have just a few branches while others are spread across a large area. They tend to be more socially and ethically aware, investing in local infrastructure and other projects. It can be hard to choose a caja before you arrive in Spain as the easiest way to find one is to look for branches in your vicinity, and then check their websites for branches.

Bank charges and fees in Spain

Expect to also pay a number of small fees, such as a charge of EUR 0.50–3 for withdrawals from other banks'

ATMs. It is possible to avoid many of these fees by shopping around. A paycheque account (cuenta nómina) typically has lower charges but must be the account your salary is paid into. Special offers available at time of writing include free credit and debit cards with a no-fee salary account and no-fee online-only accounts with major institutions. Students, young people (30 or under) and those over 55 may also qualify for discounts.

ALL BANKS DIFFER SLIGHTLY SO DO YOUR RESEARCH

Opening a Non Residents Bank Account before you move

Many Spanish banks accept non-resident accounts, so it is possible to set up an account in advance of your move. It's easiest to do this in person, though, as credit cards and cheque books typically can't be sent internationally. Many banks have websites and phone services, and a few even offer these in English.

Internet-only banks are typically only available for residents. A bank with a quick turn around can open an account and provide a card, cheque book and PIN (to collect from the branch) within a week. As well as the standard documentation, you may have to prove that you are not resident by providing a certificate of non-residency (certificado de no residencia). To get one, you have to apply at a Spanish police station and the process typically takes 10 days. As a result, this option is primarily useful for those who spend a significant chunk of time in Spain but are normally resident elsewhere. Historically, the certificate has not always been required for foreigners. Some banks will do the paperwork for a nominal fee (around EUR 15). You must inform the bank should you become resident, which is defined as spending 183 or more days per year in Spain, or having a business or employment based in Spain or a spouse or minor child who are resident in Spain.

It's best to visit the bank of your choice in person and request an account. Banks are usually only open 9am–2pm Monday to Saturday. Many do not have English-speaking staff, so either book an appointment with an English-speaker, if possible, or bring a translator (a fluent friend will do) with you.

Accounts are typically opened almost immediately (within 1–5 days) with documentation, cheque books and credit cards dispatched within two weeks. Documents for opening a bank account You will typically need to provide the following:

Bear in mind that documents that aren't in Spanish may need to be officially translated, and if they are from abroad, they may need to be authenticated using an Apostille stamp.

Cash, cheques and card: how do you pay in Spain?

Credit and debit cards are common in Spain. They must have chip and PIN technology to be used at businesses and in cash machines. Overseas cards with this technology are usually readily accepted.  Contactless payment is not common in Spain, although some banks are now offering payment via mobile phone.

Moving money from your account in Spain to an account elsewhere may result in a fee from both banks. Spanish banks usually charge fees of around EUR3–15 for outgoing payments, and may also charge for receiving funds.

Find out your bank's fixed rate (probably not published on their website) as it will normally be cheaper than a wire service for large amounts but likely more expensive than online systems (eg. PayPal) for small amounts. Banks will often refuse to send funds to certain countries, eg. North Korea.

You might also see what rates private money transfer companies offer, although be sure to include any commissions in your cost calculations. For transfers not in euros, charges are between 0.35% and 0.5% depending on how the cash is transferred (with a minimum charge of €3.50 and a maximum of €250).

Unicaja also charges 50 cents per transaction to receive foreign money. Overall, do your research before opening a non-resident bank account in Spain and to try and negotiate fees.

As a last warning, watch out for banks charging you failing to provide correct information when trying to carry out the transfer. Some will charge a minimum of €10 if you miss out a digit on an International Bank Account Number (IBAN). You have been warned.