Mark Jefferson has not been seen since Monday evening. His family can’t get to Spain and are very distressed. He was last seen Monday at 9pm. His Mobile, passport & Dog have all been left at his home which is unlocked. He lives beside Almafra in Alfaz and works in Albir.

If anyone has any further information regarding his whereabouts, what has happened or any possible sightings - report them to the National Police in Benidorm on 091 or 112 percent or contact  Amy Jefferson with any information. 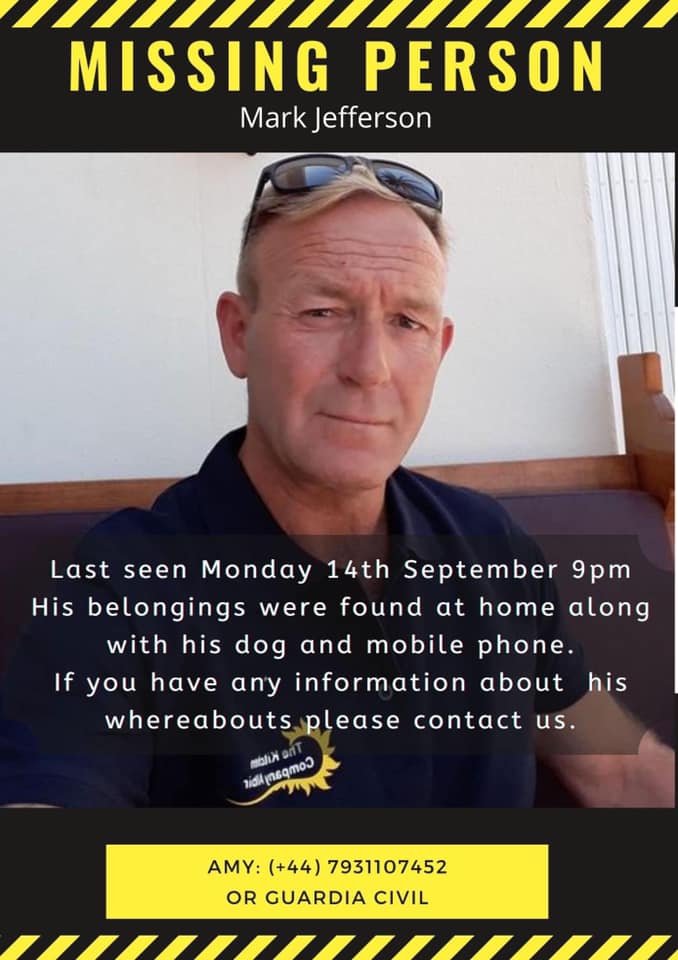 HE HAS BEEN FOUND!! He is safe, the police found him and have taken him to the hospital. This is all we know at this moment

My brother-in-law arrived in Benidorm on Friday 4th September and went missing from the hospital 'Hospital Vinalopo Elche' on Wednesday 9th September!! He hasn't been seen since and his phone is turned off...please if anyone sees or hears anything could you get him to let us know he is OK.
His name is Anthony Lashford
His Passport, BMW car key and hospital notes have been found

Missing Gordie Walker. Described as 5’6” tall from and from Northern Ireland

Information on how to File a Missing Persons

Good news. Gordie has made his own way home. Thanks to everyone who helped to try track him down ❤️

Georgie has still not made any contact with the family

Paul Wharton Just an wee update. It seems Gordie is fine and well but has lost his phone which contained his hotel details. This would explain why he didn't check in and has probably booked himself a different hotel. Thanks to the members on here a few people have managed to speak to him. As Gordie isn't very tech savvy he wouldn't think to contact home via someone's Facebook messenger so if you see him could you ask him to contact Cathy and let him use your phone for 2 minutes? Thanks 👍

Could anyone currently in Benidorm please keep an eye out for my mate Gordie Walker. He arrived last night (19th Aug) and got his bus transfer but he hasn't booked into his hotel. He was supposed to stay in Hotel Marbella in the old town. He's about 5 foot 6 and has a Northern Ireland accent. He likes a drink so would have no problem having a few pints and sleeping on the beach. He travelled very light and just has a holdall with him. His phone is off so we presume he lost it. Thanks. 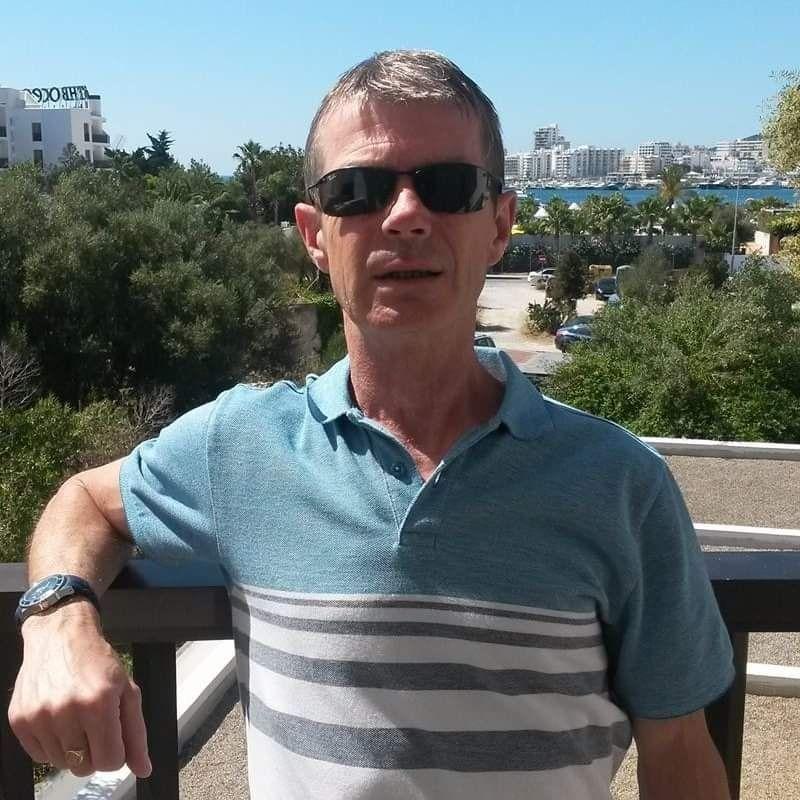 It has been confirmed that Geordie was on the transfer coach and dropped of at the hotel about 11 PM. 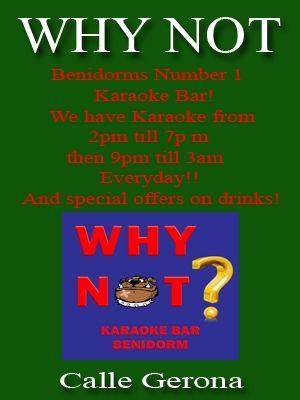 Gordie Walker is still missing no confirmation or contact with him to date. Please keep an eye out

Fingers crossed we get some good news today if he turns up at the Beer Garden, staff will get him to make contact with you xxxx

Buddy
This comment was minimized by the moderator on the site

Think the lady have been found in Albir. Very sad.

This is a man. Not found. Still missing.

the above statement is in regards to Dominique Francoise Wanet

Such very very sad news for the family xxxx R.I.P

Catherine
This comment was minimized by the moderator on the site

Catherine
There are no comments posted here yet