News Headlines From Benidorm Area contains details of local and national news stories relating to Benidorm and the surrounding area.  Click on the links to read the full stories

27th September - A 53-year-old man died on Sunday after falling from a height of 30 meters while climbing (rappelling/abseiling) with a partner on Puig Campana mountain.

The fatal accident occurred shortly after 13:00 in a place known as cresta dels Castellets, on the west face of Puig Campana, in the municipality of Finestrat.

The rescue group included of firefighters, judicial police, a helicopter and the Mountain Rescue Specialist Group.

From Wednesday 22nd September, if you use the car parks on Beniardá Avenue (near the tram station) or Benidorm Bus Station you will be able to register your car registration details at a parking meter, which will give you a FREE bus ticket to travel to the centre of town, the Rincón de Loix or La Cala Benidorm (Not La cala Finestrat).

The 26-year-old suffered an accident as she fell from the gazebo on Tuesday, hitting herself on the rocks and falling into the sea, she was rescued and emergency services managed to regain signs of life.

She was transferred to Alicante General Hospital where she remained in a critical condition, but sadly after three days of treatment, due to the serious nature of her injuries has passed away.
R.I.P.

The event took place around 18.20 last night as the woman of Ukrainian nationality fell, hitting herself on the rocks and falling into the sea.

Four lifeguards launched themselves into the sea, and with great difficulty managed to get her into the life boat.

Her heart had stopped, but the lifeguards carried out CPR on their way to the port where an ambulance was waiting, they managed to recover her vital signs, before she was rushed to Alicante hospital for specialist treatment. As yet there are no further details on her condition.

13th September - The 'Hung Galaxy' exhibition by Taiwanese artist Hung-Yi's has been extended and will now remain in Benidorm until 18th October.

The 'Galaxy Hung' exhibition came to Benidorm on April 16th and was scheduled to be in town until July 12th, it was then extended to mid September but now there is another month to enjoy these wonderful sculptures.

Of the 14 sculptures, "four can be foundin the Plaza de la Hispanidad, two in Calle Gambo, six on Avenida del Mediterráneo and one in the Square of His Majesties the Kings of Spain, in front of the Town Hall" and one at Avenida de la Armada Espanola, Poniente Beach area.

Saturday night, around 02:25 a fire was reported at Camping Villamar, located on Albir Road. Provincial Firefighters and local police attended the scene which affected two caravans and several other plots, fire fighters had to act quickly in order to prevent the fire from spreading to the other nearby caravans.

This year 221 swimmers registered with another 11 on the waiting list. Swimmers have to swim a distance of 3,400 meters and have a maximum of two hours to cover the distance of two nautical miles.

The race starts at 08.15 from Cala Mal Pas where the finish line is also locate.

All entrants must be at Benidorm Yacht Club between 07.00 to 07.45 on Sunday morning for final registration.

Swimmers who cross the end-of-test control mat at Mal Pas Beach will receive refreshment kit and a mask, and trophies will be awarded on the esplanade of the Benidorm Yacht Club, diplomas can be downloaded on the website where the registration was made.

This event is organised by Sports of Benidorm City Council with the collaboration of the Benidorm Yacht Club.

In case of emergencies two inflatable boats with lifeguards and health equipment will be in attendance along with 10 other motor boats with volunteers and 18 kayaks with monitors, in addition to the boat of the Beach Police. Covid protocols have been fully covered for this event.

Good luck to all of tomorrows swimmers.

25th August  - A 43 year old man of Spanish Nationality has been arrested and sent to prison for 9 robberies/thefts from local restaurants.

He was charged with four burglaries and five less serious theft offences.

The first complaint was filed on July 18th by the owner of a well-known restaurant in Benidorm. The victim reported the theft of 1,500 euros from the restaurant's cash register.
This same theft system was later used in a short period of time in several other restaurants in Benidorm and the National Police received complaints for four robberies with force in commercial and restaurant premises located on the Levante beach.

According to the police he he obtained more than 6,300 euros during his thieving spree.

18th August - On Wednesday 18th a 28-year-old Taxi driver was assaulted in Benidorm at the Elche Park taxi stop.
The assault occurred when he refused to have 5 tourists in his taxi which only legally could carry 4 passengers.
The taxi driver is recovering from the injuries caused, which were in need of urgent hospital care.

2nd August - Fire in the Sierra Gelada between Debugger and Central Gutierrez Mellado.  Firefighters from Benidorm Park and Forest Firefighters with sea planes are working.

23rd June  InTempo tower. The largest skyscraper in the tourist city and one of the tallest residential buildings in Europe has hung the flag of Spain at more than 200 meters high to celebrate the end of construction, work that has been delayed for more than 14 years.

All that is left to do is some cleaning and finishing of small details in some of the 256 homes distributed over 45 floors and it will be practically finished.

Benidorm City Council should grant the occupation license throughout the month of July, so that the first apartments can begin to be delivered from August. 40% of the properties have already been sold and are priced from 250,000 euros to more than one million.

17th May - Do Not Feed the Pigeons, Benidorm´s latest campaign

14th May Benidorm political party "Ciudadanos" will be making formal proposals at the next town hall meeting asking that the current 10km speed limit on the Avenida Mediterraneo be lifted to 20km/hr.  They will also propose that on Avenida de la Armada Española (Poniente), where there is no single carriageway platform, a limit of 20 Km / h be endorsed.

Ciudadanos will also request "to extend from 30 to 50 km / h the speed limit on Avd Europa and Juan Pablo II, which are 2 or three lanes in each direction, as allowed by law." "We understand that the safety of pedestrians must prevail, but we are convinced that the DGT also watches over them with these regulations that we think are very adequate and sufficient,"

They claim that the low limits are making Benidorm "hostile" to visitors , and business alike, making people choose to go elsewhere. 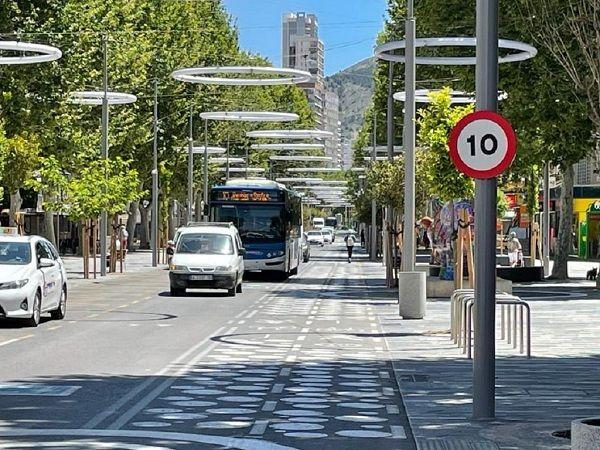 21st April - This year the city council of Benidorm will replace the lighting along the Levante Beach promenade.  The existing lights have been in place for 30 years and will be replaced with more energy efficient lights.

Total cost is 4.5 million euros, of which 2,050,000 euros will be paid during this current financial year.

Other infrastructures are also planned to receive some of the funds from last year's savings, including the youth hostel and interpretation centre of the Parque de la Séquia Mare; the creation of the El Moralet Green Circuit; or the rehabilitation and generation of new spaces around the Plaza de Toros to house the central library, an association hotel and a large young center. All these projects have an implementation period of several years and are included in the Sustainable and Integrative Urban Development Strategy (EDUSI). 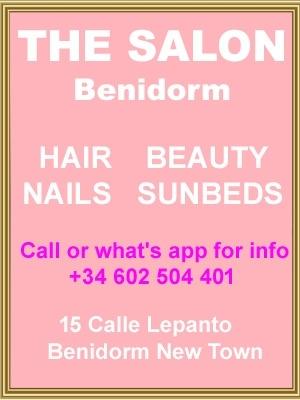 27th January -  Holidays in Benidorm, Request for tourists with Prior reservations to holiday in Benidorm

19th January - Plans for Benidorm´s Bullring announced - Benidorm to turn the bullring into a library and civic center. This area stopped hosting events due to structural problems two years ago

The City Council is putting out to ender the drafting of the project, included in the EDUSI, (European development funds for sustainable growth) which will be ready in three years.

Services planned are: a central library with multiple spaces, including study rooms and an auditorium; youth and youth information center with a large exhibition hall, hotel room for associations, multipurpose, rehearsal and training, and kitchen room; and a multicultural and multifunctional center with offices and warehouses for associations. It also includes the creation of a stage in the stands of the bullring and the installation of a fixed stage and sound and lighting equipment. The project has a global budget of 8,695,691 euros and will be ready throughout 2023 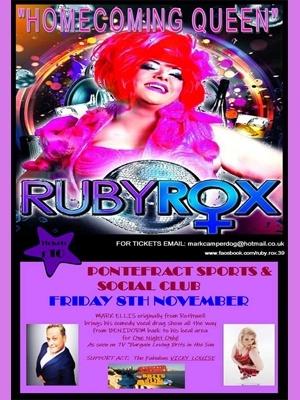 Spanish up in arms about FAKE news in the UK tabloids

Police clamp down on the sale of Pornographic products

Join Benidorm Seriously FB group for all the latest news

Berniece
This comment was minimized by the moderator on the site

Very good article! We are linking to this great content on our site.
Keep up the good writing.

Berniece
There are no comments posted here yet