This page will be continually updated as and when news becomes available with regards to this years November Fiestas.

Benidorm Local Police have co-ordinated with the National Police Corps to deploy "special device", who will be on duty to coincide with the Festes Majors Patronals dates.

In accordance with the health guidelines for the prevention of Covid-19, the aim is to avoid large concentration of people and private parties in premises and to guarantee compliance with all preventive measures and avoid unauthorized practices such as 'el botellón, and the celebration and activities on public roads.

The mayor has indicated that "this special device will begin to operate this weekend, on the Day which the Peñas traditionally took place, which like the rest of the Fiesta events is not going to be celebrated this year.   The only exception is the masses in honour of the patrons on the 8th and 9th organized by the Parish Council ”, these will be held in the Iglesias auditorium at the Parque de l'Aigüera with strict control measures in place.

29th September - Benidorm suspends all festivities for the November fiesta with the exception of two religious masses.

The Benidorm City Council has decided to suspend all acts of its Major Patron Festivities due to the covid-19 pandemic and will only authorize the celebration of two religious masses, which will take place on November 8 and 9.

The Julio Iglesias auditorium of the Parque de l'Aigüera is to officially hold the two religious masses. as there is the guarantees and control of capacity and without problems of access or crowds as could occur in the parish of Sant Jaume i Santa Ana. 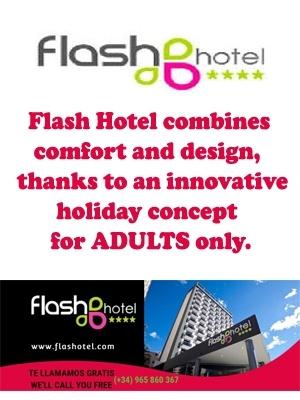 Apart from these two masses that the Parish Council will organize, the City Council has announced that it will not authorize the celebration of any other event during the days in which the Major Patron Festivities should be celebrated, from November 6 to 11, as it will not to authorize the opening of venues or festive venues.

To avoid meetings of penyas or groups of friends above the established limit, the Local Police will implement a special plan to control that everyone complies with the health guidelines. Despite this, the mayor has said that he is "convinced that the behaviour of the people of Benidorm during those days will be exemplary, as it has been on the dates in which other festivals should have been celebrated in the city that also have been put on hold due to covid-19 ”.

18th August - We wait for the Benidorm City Council official statement and reaction as the Penyes decide to cancel their involvement in 2020.

L'Associació de Penyes de Benidorm suspends all November events, The association has made this decision due to the health situation by "not being able to guarantee the safety" of all due to the large numbers at these events.

President of the association, Adrián Romero, explained to Diario Informacion newspaper that this decision has been made public after informing all the festeros and after several meetings held by its Board. In addition, the Benidorm City Council has also been informed of its decision.

"With the capacity we handle at the events, we cannot cope with the situation," Romero said. as far as "responsibility" so it has been decided to suspend any act.

It should be remembered that the Association of Penyes de Benidorm is the entity that encompasses almost all the "peñistas" who have the Major Patron Saint Festivities of Benidorm in Honour of the Virgin of Suffrage. This association is in charge of organizing some Peñista events such as the Peñas Entrance or the Humor Parade, as well as activities and concerts during the city's big days. On average, the entity has about 4,000 people associated with it who participate in these events.

As for the rest of the official acts of the Patron Saint Festivities, the City Council already reported in June that, for now, it planned to keep celebrating the big days, despite the fact that the vast majority of municipalities have already chosen to cancel them. Since then, the Consistory has not spoken again. In addition, they reported that it will be the City Council itself who is in charge of the organization and promotion of all the events that can be carried out since the Festival Commission and the mayorales have already decided to stop their activity until next year.

The town hall have been notified of the Associations decision and we await their final confirmation of cancellation of if they plan to do an event this year for the November Fiesta.  They ultimately have the final decision.

Please note the above has been translated from Spanish to English so some detail may be lost.

The dictionary defines it as “a group of friends“. That is one of the meanings of the word peña and indeed peñas are (or at least used to be) composed just of groups of friends but they have evolved towards today’s “Cultural and recreational associations”.

50 to 60 years ago a few peñas (groups of friends) begun organising events for the youth in several cities and villages across Spain, because back then most of the Festivals were purely religious and they lacked activities to entertain them.

Today peñas (the current cultural associations) vary in size from just a dozen members up to thousands, here in Benidorm there are around 4000 people that are in the various peñas.

What originally were a few friends playing their own guitars, cooking lunch and sharing time during the festivals, have become organisations that prepare concerts, and are directly responsible for organizing all the fiesta parades, firework displays etc... Even the fiesta queens.  They also put up bars, festival tents, provide, meals, drinks and much more.

We will update this post once the Council release any further information.

The entities linked to the Major Celebrations have decided to keep the celebration of the Festes Majors Patronals, scheduled from 7th to 11th November.

In a meeting held today in which the Mayor, Toni Pérez, and the Councilor for Festivities, Jesús Carrobles, the Commission of Festes Majors Patronals, the Association of Penyes, the ACR La Barqueta, Mariners and Camareres de la Mare de Déu, and Costalers de Sant Jaume, it has also been agreed that the festive positions of 2020 will be extended to 2021. A decision that encompasses the Queens and Ladies, Standard-bearer and Majors of Honor. 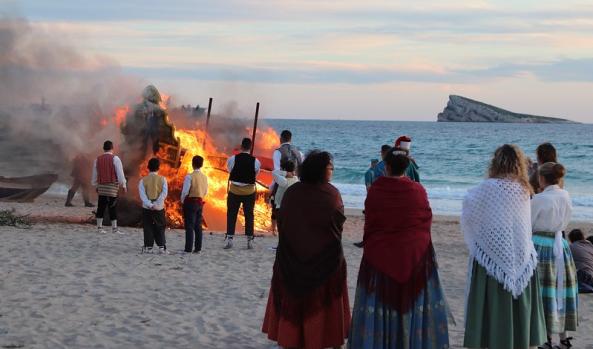 The mayor explained that "the City Council and the entities linked to the organization of our Festes Majors Patronals will continue to work together and will evaluate how the situation is evolving, as well as the health regulations and guidelines issued by the Central Government or the Generalitat Valencian at every moment ”. 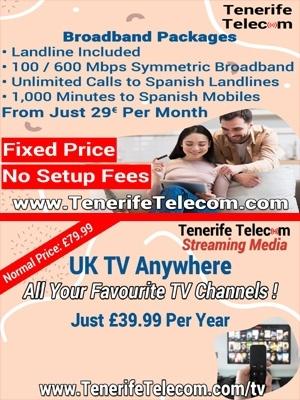 "Based on these two variables, (circumstances and health regulations) the extent of our festivals to be held will be decided.....a decision cannot and should not be adopted five months before the date, without knowing what the circumstances are going to be at that time".

Please note the above has been translated from Spanish to English so some detail may be lost in this translation, read the original Spanish article HERE

One of the mascletás of the Major Fiestas last year. photo by DAVID REVENGA

Find information on ALL Benidorm Fiestas for 2020 HERE

Carson
This comment was minimized by the moderator on the site

Thanks, I appreciate it!

DeniseP
This comment was minimized by the moderator on the site

Good Evening
Do you have an update regarding the hotels situations closing and update for November's Fiesta 2020, most importantly, Thursday the English fancy dress. Thank you

The above are the latest announcements re the fiestas, sorry, as soon as anything else is made official this page will be updated. You will find details about hotels here, again this page is regularly updated. https://www.benidormseriously.com/ben...

The above are the latest announcements re the fiestas, sorry, as soon as anything else is made official this page will be updated. You will find details about hotels here, again this page is regularly updated. https://www.benidormseriously.com/benidorm-hotels-news-and-information

Ben
This comment was minimized by the moderator on the site

So the way I read this is that the events company have said they do not want the responsibility and liability of running things. However the City Council may continue regardless. The British fancy dress could still run without the events company.
...

I am now seeing that many of the hotels will be closing mid September is this a rumour or is this something that is likely to happen?<br /><br />Many people in group message boards I am in are saying they will travel anyway even if it is...

I am now seeing that many of the hotels will be closing mid September is this a rumour or is this something that is likely to happen?<br /><br />Many people in group message boards I am in are saying they will travel anyway even if it is officially cancelled. are the local authorities forcing the hotels to close to stop this surge of brits

Yes more hotels will be closing due to the fact that the Spanish tourists will shortly be returning to work. It is nothing to do with a surge of brits as you still have quarantine measures in place, once the British return more hotels will be...

Yes more hotels will be closing due to the fact that the Spanish tourists will shortly be returning to work. It is nothing to do with a surge of brits as you still have quarantine measures in place, once the British return more hotels will be able to re-open again, there is no point having them all open if there are not enough guests to make it a viable business. this page is being kept up to date re hotels https://www.benidormseriously.com/benidorm-hotels-opening-dates

Hi Elaine, there are no recent updates other than that stated on the page above x

When will it be decided if the fiesta will go ahead in November ? Also the English fancy dress day
I can’t book any flights till it’s been decided
Thank you

Sorry we do not know the answer to that at the moment, it will be when ever the council make an announcement x