Cs spokesman, Juan Balastegui, explained that "on the Avenida Mediterraneo,  we can see the same people doing different shifts on a daily basis, without anyone doing anything about it." Likewise, the councilor has indicated that "we found people begging on other public roads which are heavy with pedestrian traffic." In addition, he pointed out that " in the center there are more and more people sleeping outdoors, they do it every day in the same place surrounded by household goods." 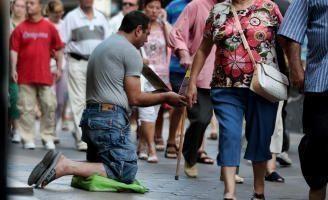 Begging in the streets of Benidorm photo by David Revenga 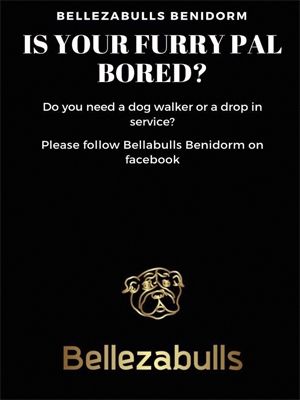 The leader of Citizens has reproached that " the draft of the civic code promoted by Cs to stop this, as well as street prostitution and drunken tourism, rests forgotten in a drawer without the PP showing interest in finalizing it."

The councilor has claimed to act at least based on the Criminal Code. "Article 232 imposes prison sentences for those who use persons with disabilities in need of special protection for the practice of begging, even if it is concealed."

Finally, the spokesman recalled that "the draft of the civic ordinance seeks to protect people who are in Benidorm against behaviors that adopt forms of insistent, intrusive or aggressive begging, as well as organized, whether direct or covert." He also specified that "in those cases of behaviors that adopt forms of begging that have social roots, the agents of the authority will contact the social services."

The news article above has been translated from Spanish to English so some detail may be slightly lost in translation read the original story at www.diarioinformacion.com

ILL-GOTTEN GAINS Benidorm´s infamous crippled beggar, see walking perfectly healthily with a bag of cash amid claims that he drives a Mercedes. The beggar is said to make hundreds from soft-touch tourists by moving painfully slowly along the pavement using a crutch and cup. 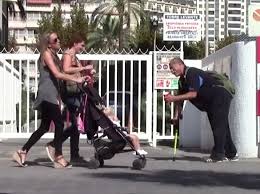 This photo shows him off duty 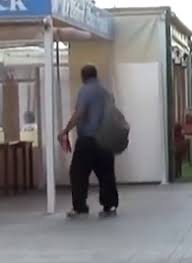 Street beggars are being controlled by mafia in Benidorm, they are taken by van to strategist points in the town where they spend most of their day begging.  Social Welfare stated that,40% of those begging in the municipality are related to the mafia.

According to the Benidorm City Hall, only 27% of the beggars have accepted help from Social Services.

All news stories can be found HERE

Post your views about the Benidorm Beggars in comments below