This summer water reserves on the Costa Blanca were at an all time low.  Reservoirs are at less than 50% capacity, and a lack of rainfall could impact local agriculture and tourism across all sectors.  To combat the potential drought conditions,  new rules will be introduced to prevent drastic drought.

Carlos Deposito from the Torrevieja Water Area Treaments says the council are right to act now.  “People are complaining about the new laws, but it makes sense to take action now before the water shortage causes serious environmental and economical issues on the Costa Blanca”.

The new laws are focusing on reducing water waste through toilet flushing.  Every hotel, bar, and restaurant on the Costa Blanca will be required to fit each lavatory with a council approved flush monitor.  This will restrict flushing to once per day in every hotel room, and in bars or restaurants the flushing will be restricted to one flush for every five facility users, unless the AutoPoop sensor picks up a defecation, in which case a short flush will happen automatically. 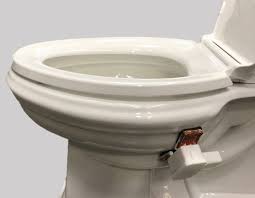 The flush monitoring devices can be installed by a council approved engineer, and will cost €72.23 per lavatory (including fitting fee).  Fernando Pato De Bano owns the 1 star Travellers Demise Hotel in Denia.  He says the charges are too much.  “It’s ridiculous, I have 50 rooms in my hotel, most of them have functioning toilets.  This is going to bankrupt me before the season even starts.  Why are they worried about people flushing the toilet when there are water parks wasting millions of gallons of water every day?”.

A maximum of 120 seconds of running water is permitted at any one time in hotel sinks, sensors will be placed on taps, to prevent the continual running of water.

Showers in hotels will automatically turn off after 2.5 mins, triggered by the Sanitary Operator Advanced Protector.

British expats are reacting with outrage to the new laws, which come into effect next week.  A  Facebook group where members can express varying degrees of outrage over topical issues including the suitability of white cotton socks with sandals, the price of a pint and what the weather will be on 29th February include statements such as "Who wants to be the fifth person to use the unflushed toilet? In the summer heat it will be revolting.  I’m running in the local elections, and my new campaign slogan is Freedom To Flush.  Vote for me. I’ll stand up for your lavatorial rights”.

As word of the drought prevention laws reaches the UK, there are fears that it could affect tourist numbers.  Walter Closet from Birmingham is planning a family holiday to Benidorm but may now change his plans.  He said “Actually I’m not from Birmingham, I’m from Sutton Coldfield.  I don’t think I want to go on holiday somewhere if I can’t flush the toilet.  It’s disgusting.  At my age, toilets are a real concern. You never know when you need to go”.

Support For Expanding The Laws

Not everyone is opposed to the new plans though.  Miguel Rubor from the Benidorm Ordnance Group believes that the new laws should be extended to include residential properties.  “We all need to do our bit” he said.  “Not just businesses and hotels, everyone, let’s bring this vital water saving law into our homes too”.

Please note none of the above rules will apply on El Dia de los Santos Inocentes.

Do you think that these measures are reasonable? Have your say in the comments section.

KEEP UP TO DATE WITH ALL THE LATEST LOCAL NEWS HERE