Plans to bring back national tourism

Spain’s Tourism Minister Reyes Maroto announced on Friday that citizens will be able to travel normally this summer, at least within the country. “Spaniards can start planning their vacations,” she said in an interview with Spanish television channel La Sexta. Maroto added that she expects more visitors will arrive this summer season than last year.

“We are facing a very different summer, from last year, where we have the vaccination drive, which is the best tool to reactivate travel and the economy,” said Maroto. “This is going to ensure we can travel safely.

The plan was originally drawn up by the hostelry association HOSBEC and would allow Spaniards to travel to our region, with a negative Covid test.

Whilst the national government has not yet decided on these changes, this would correct a controversial anomaly where it is possible for a German to travel to Mallorca for a holiday, but not a Spaniard.

Find details of all  local restrictions currently in place HERE 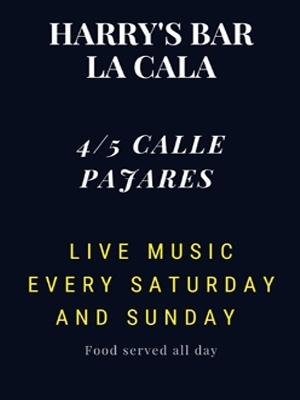 The regional secretary of Turisme, Francesc Colomer, plans to propose next Monday to the Government, taking advantage of the celebration of the National Tourism Council, and on behalf of the Generalitat, the possibility that the travel of Spanish tourists can be authorized between the different autonomys from June, provided that they prove that they have a negative PCR that guarantees that they are free of covid.

Where to get a Covid test in Benidorm

Benidorm's Levante beach is "empty" because of travel restrictions. Photo by David Revenga

The proposal follows the approach that the hotel employer Hosbec has launched this week calling for the opening of the autonomic borders for the Spanish and even being open to financing part of the cost of testing.  Colomer supported the entrepreneurship yesterday, adding another formula, such as travellers arriving with a confirmed booking at the relevant hotel and a negative test to travel, "because there are technical advances to control traceability right now."

The National Tourism Council attended by Minister Reyes Maroto and Secretary of State Fernando Valdés is held on Monday and the idea will be presented "I believe that not at the present time, but for the time of post-covid we have to start exploring systems to combine health and economy." Colomer is confident that the second half of this year may be that of the 'resurgence and return of tourism', but always conditioned on the 'health situation and the rate of vaccination'.

The hotel employer Hosbec has raised this week in an attempt to lift the perimeter restrictions in Spain that the hotels themselves would be willing to pay or include in their offers a part of the cost of the tests that guarantee that the traveller is free of covid.

The step forward for entrepreneurs comes in the face of the refusal of the Government and the autonomous communities to lift travel restrictions for fear of covid contagion, while foreign tourists can enter Spain upon presentation of a negative PCR. The Valencian Community has been closed for Spanish tourists since October 25, 2020 and, for the time being, there is no date to lift the closure but it is speculated that it can be extended until the end of the alarm state on May 9th.

The Sustainable Tourism Strategy succeeds with 577 votes in favour, 31 against and 80 abstentions

Yesterday the European Parliament approved by a more than significant majority that the European Commission includes tourism companies, in countries such as Spain and Greece that are even more affected than those of other sectors by the economic crisis arising from covid, in economic headings arising from helping industry. In particular, the proposal for a Strategy for Sustainable Tourism received a total of 686 votes, 577 in favour, 31 against and 80 abstentions.

Among other issues, the Commission is now being asked to take specific measures in regions where tourism represents an important part of its GDP, such as the province of Alicante. It does so, moreover, on the basis that the Next Generation plan does not include direct funding for the tourism sector and that the financial support of EU funds distributed among Member States by covid 'does not always reach tour operators'. That is why the text calls on states and regional and local authorities to include tourism in recovery plans and the React-EU initiative.

Spain accumulates losses on foreign tourist tickets of 76.6 billion euros and 68.3 million visitors lost until the end of last January, because of strong restrictions on travel.

Please note this news article  has been translated from Spanish to English, some detail may be lost in this translation, read the original article HERE

What are your views on having to take a covid test before travelling in Spain? comment below

cant wait to get bak there and perform for all the lovely venues. looking to move permanaently within 3 years

The pandemic has entered a third wave so thinking of opening borders back up is not the thing to do now.

Let's get people vaccinated first and then and only then open the borders back up . People will feel safer and will be able to enjoy their...

The pandemic has entered a third wave so thinking of opening borders back up is not the thing to do now.

Let's get people vaccinated first and then and only then open the borders back up . People will feel safer and will be able to enjoy their holidays with minimal restrictions. We need to make sure people feel safer abroad and able to really enjoy themselves on the Costa Blanca and bring back revenue to this wonderful place.

The above is about local tourism not international, that is a whole different ball game x

As much as we would love to be permitted to travel throughout the rest of Spain. I personally am not sure this is the answer, what is the point of having a test and it being negative when you could pick up the virus anytime after this during your...

As much as we would love to be permitted to travel throughout the rest of Spain. I personally am not sure this is the answer, what is the point of having a test and it being negative when you could pick up the virus anytime after this during your travels. I feel this is yet just another money making scheme.

Its fantastic that HOSBEC may pay for part of the test, but not every hotel on the Costa Blanca is part of HOSBEC.

Read More
Tracy Ann
There are no comments posted here yet