Prostitution in Spain, The Law

Five years after the Alicante tripartite repealed the municipal ordinance of begging and prostitution for having a "sanctioning and non-preventive vision", the bipartisan led by Luis Barcala has begun processing to recover a document promoted by the government of Sonia Castedo in 2011. However, with more items and harsher fines.

Some parties from the left, (PSOE, Unidas Podemos and Compromís) yesterday criticized Barcala's government for retrieving a text which, in its view, "punishes the most vulnerable groups".

SOME OF THE VIOLATIONS CONTAINED IN THE NEW ORDINANCE

Carry out sexual practices and the offering, application, negotiation and direct or indirect acceptance of sexual services on public roads when affecting citizen coexistence (from 750.01 to 1,500 euros).

Realization or incitement to perform acts that attack sexual freedom or the execution of acts of obscene exhibition (from 750.01 to 1,500 euros).

Street harassment, understood as the practices carried out by one or more people, laden with sexual connotations produced in public or private spaces that cause discomfort to people who suffer from it (from 750.01 to 1,500 euros).

Carrying out activities that obstruct traffic, endanger the safety of people or manifestly impede the free transit of people (up to 750 euros).

Offering services or products, persistently or intimidatingly, provided that they have not been demanded by the user (up to 500 euros).

Prostitution in Spain, The Law

It is quite often a shock to see the ladies of the night openly plying their trade in full public view, but here in Spain, prostitution isn't illegal, but nor is it legal, basically prostitution is unregulated and the police in many areas are powerless to do anything, other than check that residency paperwork is in order and the girls are not below the age limit.

Sex workers exist in a sort of legal vacuum. The workers themselves are not penalised, but instead, the procurers (or "pimps") are the ones who are punished by the law. And for good reason, as 90% of sex workers in Spain are said to be victims of human trafficking Their often complicated circumstances leave them in a sort of legal limbo. New Laws for the Valencian Region - From now on it is the customers that will be fined. 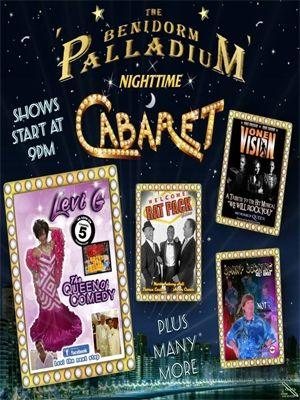 The problem here in Benidorm is that these girls use sex as a lure but in reality, the goal is to rob foreign tourists. They roam the streets of the English area late at night and target those affected by alcohol and other drugs. DO NOT GET INVOLVED. A quick NO and cross the road is normally all that is needed. DO NOT get into an argument with them, just walk away.  If you do become a victim of these people please report it to the police ASAP.

Brothels have been illegal in Spain since 1956, but these days, the vast majority of them are loosely disguised as Night Clubs and are left to function as normal, although several raids have been done here in Benidorm on these so called bars.

What is totally illegal is public solicitation for sex, i.e. "street prostitution". Both the sex worker and their client can be prosecuted in some parts of Spain.

Prostitution in Spain doesn't have the stigma that it has in many other countries.

But don't be fooled by the pretense of acceptability. Prostitution in Spain is not the regulated wholesome affair that it is in, say, the Netherands. Human trafficking is a very serious, global issue, and hiring exploited sex workers directly funds some tremendously nefarious activity.

Like all countries, Spain has its own laws and cultural differences that make visiting or living here unique.

Remember when in Spain do not ask for a Night Club (these are the seedier clubs ie Lap Dancing Clubs/strip Joints) ask for a Disco.

INFORMATION ON ALL ASPECTS OF CRIME 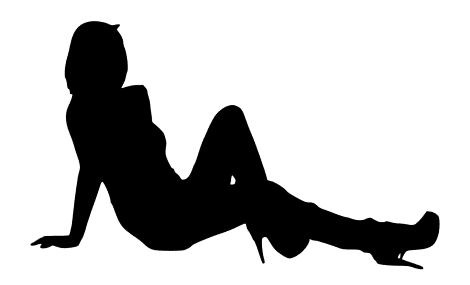 (these laws have already been in place in the Valencian Region for some time).

Socialist government is drafting a bill targeting the demand side, with punishment for those who purchase sex.

The Spanish Socialist Party (PSOE) is drafting a sweeping bill to address the legal limbo affecting prostitution, which is neither regulated or criminalised in this country.

Spain’s governing party wants to penalise clients and those who provide apartments for prostitution activities. The sex workers themselves would not be targeted in any way, as they would be regarded as victims. The bill is inspired by the abolitionist model pioneered by Sweden (see below)

Under the terms of the new legislation, “gentlemen’s clubs” – there are an estimated 1,500 in Spain, or three for every hospital – would be shut down through court orders.

The new law seeks to disincentive demand by outlawing the purchase of sex. It also considers human trafficking for sex exploitation to be a form of gender violence.

Experts estimate that Spain has a €3.7 billion sex industry; last year the police identified 13,000 women in anti-trafficking raids and said that “at least 80% of them were being sexually exploited.”

Government sources said that the bill is still at a preliminary stage, and that there are three versions under consideration. The 50-page document that EL PAIS newspaper had access to includes 93 articles and several additional provisions that would modify half a dozen existing laws and codes, including the Criminal Procedure Law and the Criminal Code.

The overarching idea behind the initiative is to protect victims by “eradicating prostitution because of its close ties with human trafficking for sexual exploitation purposes.”

The draft document also considers creating a fund to compensate victims of trafficking.

Several sources told EL PAÍS that the government wants to incorporate feedback from groups and associations that work closely with prostitutes.

The PSOE heads a minority government, and in order to secure congressional approval for its initiative, it will need additional support from 92 deputies to add to its own 84 lawmakers.

The Spanish executive is adopting an abolitionist approach, but sources admitted that there is an ongoing debate within the party on whether the bill should focus on trafficking for sex exploitation, or target trafficking in general. There is also a division of opinion on whether to include the word “prostitution” in the title of the act.

The preliminary draft considers several other forms of human exploitation, including forced labor, slavery, mendicity (the condition or activities of a beggar), organ extraction and forced marriages.

Prostitution remains a divisive issue in Spain. In August, the first sex workers’ union, OTRAS, was registered with the Labor Ministry, but in November the High Court struck down its bylaws, considering that its activities cannot be the object of a valid work contract. 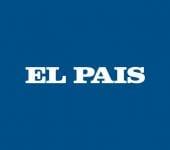 0 # Janessa K 2020-03-25 12:29
I enjoy what you guys tend to be up too. This sort of clever work and exposure!
Keep up the very good works guys I've included you guys to my blogroll.
Reply | Reply with quote | Quote
0 # john smith 2019-08-08 14:59
just a warning that all the strip clubs are strip clubs but always offer sex and other things with the girls. this is done very openly even before you entre. you can have a lap dance for around 30 euros but they really want you to pay 75 for 30 mins where you can have fully sex if you want to.
Reply | Reply with quote | Quote
0 # Jill Shail 2019-08-08 15:56
This sadly goes on all over the World. As it says in the article they are monitored and if they choose to do an operation on an establishment then everyone involved would be in serious trouble.
Reply | Reply with quote | Quote
0 # Joan Tomlinson 2018-10-01 23:06
My husband and I were walking back near corner where they Al hang out near indoor market one chap on his own 2 pros started to follow him but he waved them off thankfully had his wits about him definitely needs police around this area on a night been coming to Beni since 1982 but something needs doing about this scum x
Reply | Reply with quote | Quote
0 # Catherine West 2018-10-01 16:10
Tried to get my 83 year old dad last year and threatened to shoot me when i stopped then. Once they used to prey on young drunk lads. Now its everyone even women.
Reply | Reply with quote | Quote
0 # Jacqui Tuckwell 2018-10-01 16:06
They are very scary, I had never paid much attention to them in the past and never saw anything . Last year three were along near Jumping Jacks, went in about 2 older guys trying to pick pocket. We shouted and they backed off. My partner was back later in the year with pals and they tried to rob them - they are not prostitutes, they are thieves and pickpockets . It is frightening
Reply | Reply with quote | Quote
0 # Nick Dawkins 2017-08-12 20:41
To be honest. If prostitution isn't illegal, then my opinion is that they're earning money their way in which they decided to do themselves. The problem in Benidorm from when I was last there is the thieves that operate in groups targeting drunk tourists who are staggering the streets alone. Or when they get within a crowd. These are the parasites ruining Benidorm, everyone's favourite town
Reply | Reply with quote | Quote
0 # admin 2017-08-12 13:23
The reporters of 'In the spotlight' have moved to Benidorm to live the street situation of night nights, increasingly similar to those of Magaluf. In addition to filming several street fights between drunken tourists, the team of journalists record several women posing as prostitutes to pluck tourists returning from a night of partying. See the video here - http://www.telecinco.es/elprogramadeanarosa/Falsas-prostitutas-roban-turistas-Benidorm-punto-mira_2_2415555038.html
Reply | Reply with quote | Quote
0 # admin 2017-07-16 23:46
The police closed three pubs in the Rincón de Loix for engaging in prostitution - Full details here http://www.diarioinformacion.com/benidorm/2017/07/16/policia-clausura-tres-pubs-rincon/1917523.html
Reply | Reply with quote | Quote
Refresh comments list