Spanish Bread Pudding Recipe - This is a great way to use up stale bread and is a sweet dish known as Torrijas or tortillas de leche and is similar to French Toast and is often eaten for breakfast but you will also see it as a dessert on a Menu del Dia.   There are several variations which will be included on this page.

In Spain generally a baguette would be used, but any sliced white bread will do.

This dish is particularly popular around Easter time, Semana Santa.

Cinnamon and sugar to sprinkle (optional) 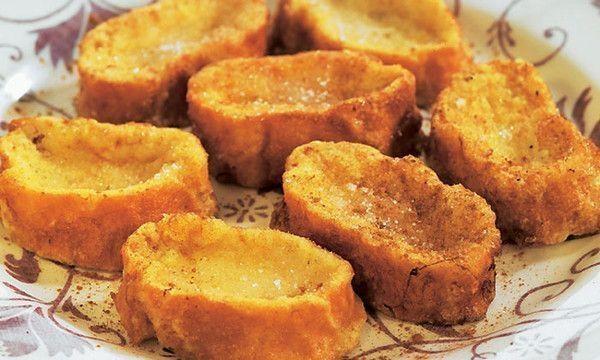 Pour the milk into a large bowl, crack the egg into the milk and whisk well, also add the vanilla is using.

Pour enough vegetable oil into a large frying pan to completely cover the bottom, heat on a medium heat, it needs to be hot, but do not burn the oil.

If using stale sliced white bread, place one slice in the milk and egg mix, turning with a fork so both sides are covered.  If the bread is more than a day old, you may need to soak it for 2 to 3 minutes, so that it softens up. Be careful that the bread does not soften to much so that it disintegrates when you lift it out of the bowl.

Gently lift the bread out of the milk/egg mixture and allow the excess milk to drain before placing the bread in the hot frying pan. Repeat for each slice of bread.

After 2 or 3 minutes, check the bottom of the bread. As the slices turn golden, turn each slice one. Make sure that you have enough room in the pan to turn the slices.

Remove each slice from the pan and place on a plate. Sprinkle the top with sugar and cinnamon, or drizzle with honey. Garnish with fresh fruit and serve immediately.

If you need to reheat - Place them back in the frying pan on low heat or in a toaster at a low temperature. Do not use a microwave as this will cause the bread to become rubbery.

Tip - If you don´t have any old bread, lightly toast the slices first, just enough to dry it out slightly.

Variation - Instead of soaking the slices of bread in milk and egg mixture, soak in sweet red wine and then dip in beaten egg. 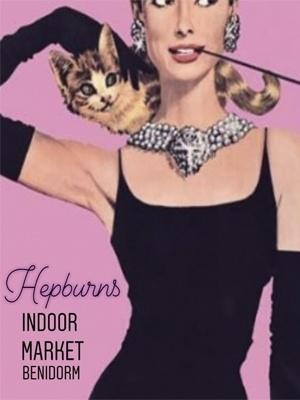 good quality oil for cooking you could also use olive oil

A baguette, slightly stale, or any other bread of choice. Use what you’d normally use to make a thick French toast. 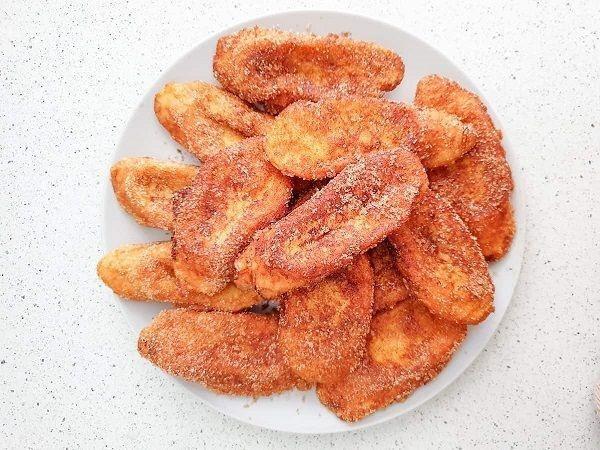 Add the milk, half the sugar, orange and lemon peel to a saucepan and bring to a simmer.

Cut the baguette into thick slices.

When the milk has been simmering for about 15 minutes, turn off the heat and soak the slices of bread in this mixture, try to get them to absorb as much of the milk as possible, but be careful not to completely saturate them as the bread will just fall apart.

Allow the slices of wet bread to rest and cool, some liquid may be lost, but don´t worry.

Beat the eggs in a shallow bowl and dip the bread slices in the egg mixture, meanwhile, heat up about ½ an inch of the oil in a deep, heavy pan on medium-high heat.

Fry the slices, turning them so that both sides are nice and crisp.

Allow the slices to rest on paper towels to absorb any excess oil.

In another bowl mix the remaining sugar (1/2 cup) with the cinnamon.

Cover the slices in the cinnamon sugar mixture and place to one side.

Make a syrup, use the remaining cinnamon and sugar from coating the torrijas and add it to a medium-sized pan. Add a bit more sugar if need be to completely cover the bottom of the pan, add two cups of warm water and bring to the boil.

Add the honey to taste.

Simmer for about 30 minutes until it reduces to a syrup-like consistency, allow to sit for 15 minutes, then pour over the bread.  The torrijas should be completely soaked in syrup. Allow them to completely cool before putting them into the refrigerator.

Refrigerate for at least 4 hours, or even overnight. Enjoy for breakfast or as a dessert.