Do I sit? Or should I stand? Shall I wave? Or could I shout? And am I supposed to leave a tip?

Here are the questions you never thought you needed to ask before going out to eat in Spain.

DO I WAIT TO BE SEATED OR CHOOSE MY OWN TABLE?

To err on the safe side, almost always try to catch a waiter’s attention and ask for a table. This is usually as simple as just motioning to a table and holding up two fingers, for example, if I want a table for two.

If the tables look this elegant, ask before sitting down.

There are, however, a few instances where you can just snag a table without first communicating with the wait staff.

If you’re in a tapas bar with just a few tables along one wall and the restaurant is packed. When one table opens up, it is every man for himself!

If you are at a crowded patio bar with tables outside. If there is no wait list (which there almost never is) people tend to awkwardly linger near tables that look like they may be finishing up. As soon as the current occupants stand up, the hovering group will swoop in. 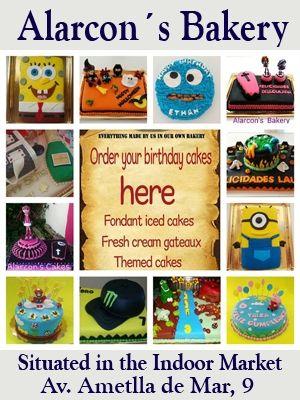 Waiting for a waiter to come by and assign you the table in these cases often means you’ll lose it to a faster-moving group! If there are multiple tables available when you walk up to the patio area or the tapas bar, check with a waiter first before sitting down.

Dining etiquette for utensils. Spaniards do not switch knives and forks. The knife remains in the right hand, and the fork remains in the left. When the meal is finished, the knife and fork are laid parallel to each other across the right side of the plate. If you put both utensils down on the plate for any real length of time, it is a sign to the waitstaff that you are finished, and your plate may be taken away from you. If you lay your cutlery down on either side of the plate, it means that you haven't finished.

HOW DO I CALL THE WAITER OVER?

Spanish bars and restaurants often have very few waiters. This means one person often attends to more than 10 tables at a time. Waiters will take your plates when you finish, but will never bring you the check unless you ask for it. Delivering an unsolicited bill to a table is extremely rude in Spain.

In Spanish culture, a good waiter leaves you alone until you specifically call him or her over to the table. Getting their attention, though, can often be a bit tricky. If you want the bill, it is common to catch a waiter’s eye and make a motion as if you’re writing in mid air.

To order another drink, just wave and make a backward-to-forward roll with your index finger as if to say “another round!”

For most other things, like ordering another drink or asking for another napkin, it’s common to get a waiter’s attention by waving (think half way between raising your hand and quickly reaching out to an invisible floating object). Many people also call the waiter over by saying perdón, which means “excuse me.”

SHOULD I TIP AND HOW MUCH? 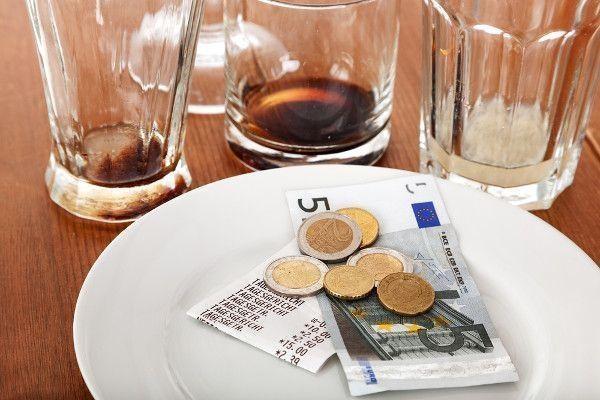 The myth that you don’t have to tip in Spain is just that, a myth. While Spaniards tend to leave much smaller tips, it is still polite to leave a small tip in most cases. Waiters in Spain are paid low monthly salaries and will always appreciate your gratuity.

That majority of the time, that means rounding up to the nearest euro. For example, if your bill is 15.60€, leave 16€. If you’re having a more expensive meal, one in which the price per person is more than about 15€, it’s common to leave a euro or two as tip. For fancier restaurants or excellent service, up to 10% is not uncommon.

That being said, you don’t have to leave a tip in every instance.

Cases when no tip is necessary (but of course is still appreciated):

You only ordered a drink (whether it be a soda, beer, wine)

At a cocktail bar or while drinking mixed drinks (no need to tip your bartender!)  After eating a lunch menu del día, or menu of the day  At breakfast or after ordering coffee  If you feel the service was exceptionally bad

CAN I ORDER FOOD OUTSIDE OF TYPICAL MEALTIMES?

Spaniards have lunch between 1:30 and 3:30 and eat dinner between 9:00 and midnight. Outside of these times it can be tricky to find hot food in restaurants, as most kitchens are closed outside of these hours although it is not generally a problem here in Benidorm.

Many bars and cafés still serve pre-prepared tapas during the down hours, though. These usually include tortilla de patatas (potato, egg and onion omelet), ensaladilla rusa (potato salad), boquerones en vinagre or anchoas (pickled white or brown anchovies) and of course olives and potato chips.

You’ll typically see these items displayed in glass cases on the bar, but there often is not a menu to order them from. Instead try asking the bartender if you can order a ración of something you see in the display case. Many bars will also serve sandwiches (of cured ham, tortilla española, pork filets, etc…) while the kitchen is closed.

CAN I REALLY THROW MY TRASH ON THE FLOOR? (Tapas Bars) 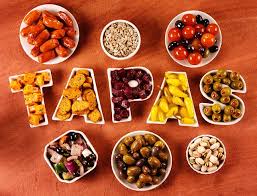 You know it’s a good spot when the floor is strewn with napkins!
Yes! In fact, you can often spot a good bar by how many crumpled napkins and olive pits litter the floor. It is very common to toss your small bar napkin, cheese rind, olive pit, chorizo casing and even snail shell on the floor of the bar.  More information on Benidorms Tapas Alley and Tapas Dishes

This rule only apples to bars, though. You wouldn’t want to throw anything on the floor if you are seated at a table. When in doubt, just look down – if there’s already trash there, join in!

Things NOT to do in a Spanish Restaurant

Don’t turn your nose up at your plate - Never comment on how disgusting it appears no matter how unappetising you find it. Most likely the dish you have been served is a source of regional pride.

Don’t ask for butter - The chances are they won’t have it or at best you will be given margarine instead. Instead, if you really want a moistener for your bread opt for olive oil. It’s local, plentiful and equally delicious.

Don't eat too early - The biggest no-no when it comes to dining in Spain is getting the timing wrong. Attempting to eat your evening meal anytime before 9pm is considered just plain weird in Spain. Likewise don't attempt to sit down for lunch before 2pm.

And don't even think about rushing your meal - Meals are social occasions to savour and enjoy.

Don’t ever compare the dish in front of you unfavourably to one from another country - Remember jamon serrano is undoubtedly superior to Italian prosciutto, for every French cheese variety, there is a better one in Spain and if you find you prefer Scottish black pudding to morcilla, keep it to yourself. Don’t even mention Italian olive oil or French wine!

No doggy bags - A request for a doggy bag will be met with a quizzical look and likely an enquiry into what kind of dog you have. The practice hasn’t really caught on yet in Spain.  It can also refer to the last dregs in the bottle of wine.

Take it as it comes - Do not dare to modify served food in any way. You might just get away with adding salt but asking for pepper or, perish the thought, ketchup will mark you out as a philistine. If it is home-cooked food, it may even be taken as an insult. Just eat up and compliment the cooking.

Don’t sit down to eat tapas - The bitesize snacks are almost always eaten standing at the bar with a drink in hand.

And last but not least...Don’t ask for polla (penis) if you want pollo (chicken).