Tips for getting cheap flights

Tips for getting cheap flights

DO search for tickets one at a time - Even if you’re flying with a group. Airlines often sell multiple fare classes at different prices, with a couple seats in each class. If there’s only one seat left in the lowest fare class and you search for four seats, most automated systems will show you the highest fare class for all four tickets. Try searching one at a time, just in case there are limited seats on sale. This way, you’ll rest assured that at least some, if not all, of your tickets were purchased for the lowest possible price.

Do your search for flights midweek -Airlines tend to launch their sales on Tuesdays and end them on Thursdays, so don’t limit your searches to the weekends.

Fly during the least popular times - Tuesday, Wednesday and Saturday are the slowest days to fly, which means cheaper deals than the rest of the week. You can also find reduced rates on early morning flights, since many people don't like to get up before the sun to get to the airport. Earlier boarding times can also considerably cut down your chances of getting bumped on an overbooked flight or delayed because of other delayed flights or mechanical issues.
Don't wait until the last-minute to book - Many travelers don't know that there's a sweet spot for booking and getting the best price on your tickets. Book too early or too late and you could end up paying more than you need to. 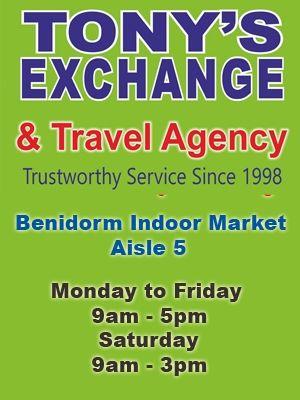 Advertise Here
Do Search for two one-way flights, even on different airlines - While some airlines charge extra for a one-way fare, it can pay to compare. Just make sure to triple-check the dates, times and cities.

Try to book at least one of your flights on a Tuesday, Wednesday or Saturday, because planes are least full on these days of the week, these flights usually have the lowest fares. Side perk: Getting through airports is usually a breeze.

Do look at package holidays - If you need a hotel in addition to your flight, it may be cheaper to buy a flight-and-hotel package than to book each separately. Many hotels take this opportunity to hide a very aggressive discount within a packaged price versus discounting the hotel alone. This is a great opportunity to find deals at big brands that are hesitant to have a low price next to their name.

Don´t rule out alternate airports - If there is more than one airport near your origin or destination city, check them both. The more options you have in terms of airports and travel dates, the more likely you will find what may be one of the last discount seats to where you are going

Booking flights 53 days before flying can save up to 26 per cent of holiday travel costs according to several studies.

According to statistics, flights that depart between 6pm and 12am are cheapest.

Pay in other Currency if this is Cheaper - As you decide about the date and the company to book your flight ticket, because often companies suggest their clients to pay in their local currency, do not rush paying it before checking if it is cheaper to pay it in another currency.

Be Mindful of Seasonality & Holidays - Knowing when to go can matter just as much as when to buy. Because the most important factor that influences the price of a particular flight is how full that flight is, it makes sense that travel during Easter, Children's school Holidays, or Christmas time would be more expensive than normal. If you’re going to Europe, for example, you can find some amazing deals during the February and March low season, but if you want to go during the summer, you’ll pay up to double the price. If you do need to travel to popular places at popular times, you usually want to book earlier than you otherwise would since discount seats are likely to sell out quickly.

Choose your seat later - Some airlines charge you to pick your seat when you book online, adding even more to the bottom line of your ticket cost. If you show up early on your travel day, you can still get suitable seats. Some of the best seats get held back until flight day, unless others are willing to pay extra for them ahead of time, so you still have the chance at one of those.
Pack your own snacks - Unless you're flying internationally, it's rare your flight comes with a free meal. Snacks on the plane are not cheap. So don't rely on what's on the small menu and bring  your own snacks – health bars, cakes, make your own sandwiches etc, nuts, fruit and trail mix all make fantastic travel foods – into your bag and eat a lot better, and cheaper, than other passengers.
Fly  Hand luggage only. Baggage fees vary wildly.
Almost all airlines charge them and charge big. Why pay for your clothes to fly with you? If everyone in your travel party checks a bag, your bill can be astronomical before you ever even get to your destination. It's easy to reduce the amount of stuff you pack: Make sure all your clothing coordinates, so you can take less and still make more outfit combinations, take only two pair of shoes, plan to do a bit of laundry on your trip and bring only travel-sized toiletries.

0 # Irene Duncan 2020-03-09 12:22
Looking for cheap flights for the 5 th October
Reply | Reply with quote | Quote
0 # Pauline Straiton 2019-02-18 21:14
We’ve been going abroad since the early 90s and a lot of the advice on here we found out the hard way especially when travelling with 4 kids the cost was about £50 just for crisps chocolate and drinks now we take our own and fly midweek but the airlines leave a lot to be desired for seating when we book for 2 they insist on one person being at the front and then the spouse at the back of the plane even though we have the same last name and we book 2 flights it’s just a money making scam because they can charge you for 2seats together when this happens and it’s a regular thing we just swap seats anyway
Reply | Reply with quote | Quote
Refresh comments list
RSS feed for comments to this post