Towels Banned From Costa Del Sol Beaches. In a bid to protect the Spanish coastline, towels will no longer be permitted on beaches. will Benidorm follow these recent rules?

Environmental concerns have led Spanish authorities to ban tourists from bringing towels onto Costa Del Sol beaches.  The surprise announcement today from Torremolinos County Council has shocked many, who believe that the ban may be a stealth way to increase government revenue.

Juanjo Toalla is a Playa Representational Andalucian Treatment spokesperson.  He told Costa Del Sol Update “The towel ban has been a long time coming.  Everytime someone puts a towel on the beach, it picks up sand.  When they leave they take the sand with them.  The sand levels are being depleted at a phenomenal rate, and it has to stop”.

Local councils are offering towel alternatives to beach users.  For €5 a day, you will be able to rent a “sand friendly beach towel substitute”.  This plastic based appliance will have a smooth base, and will not pick up much sand.  When the client has finished using it, any attached sand will be brushed back onto the beach.  These towel alternatives can be collected from any town hall, subject to a €100 partially refundable deposit. 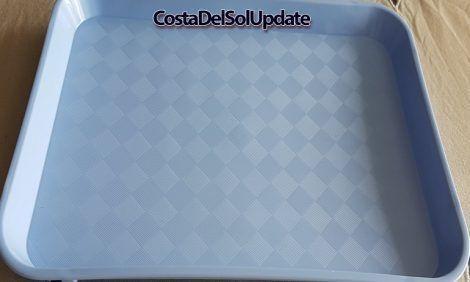 The Guardia Civil have already trained a crack team of officers who will be patrolling beaches, handing out fines to anyone caught using a towel.  Miguel Arenosso is with the Guardia Civil’s Towels In Transit division.  He says “Taking sand from the beach is basically theft, and we’re ready to put an end to it.  If we catch you, expect a fine of anything from €50 to however much you happen to have in your wallet at the time”.

The towel ban is not being well received by tourists visiting the Costa Del Sol.  Timothy Grim is a tourist from Birmingham.  He says “I’m not from Birmingham, I just caught a plane from there, I’m from Smethwick.  I flew into Malaga Merida airport with my family yesterday, headed straight to the beach after our four hour transfer, where I bought a towel from a gentleman for a few euros.  I’d only been sat on it for five minutes when I was arrested and fined €223.  It’s a disgrace.  I’m never coming back“. 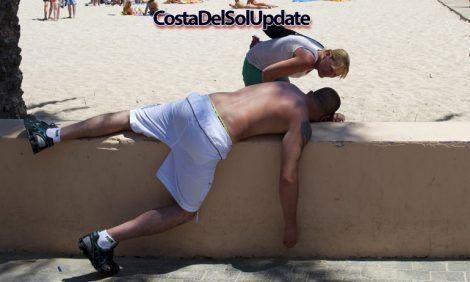 Read more from Outraged tourists and residents on the Costa del Sol here - costadelsolupdate.com  The news you didn't want, before you knew you didn't want it