Processionary Pine Caterpillars. Do NOT Touch

Processionary Pine Caterpillars - These Caterpillars (Thaumetopoea Pityocampa) may look cute and furry, but they are very DANGEROUS to children and especially dogs.  DO NOT TOUCH THEM.

These are one of the most dangerous natural enemies to dogs and can be found all over Spain. Some have even made their way to parts of the UK.

The processionary pine caterpillar as the name suggests makes its home in a certain type of pine tree., damaging the trees over a period of time.  These trees are very popular here in Spain and are a protected species so even if you have pine trees in the garden you cannot cut them down. There is only one generation per year and most of the time the caterpillars are not seen and therefore not a threat.

Other Dangerous Creepy Crawlies in Spain (Insects and reptiles)

Why are they so dangerous?

Long hairs give out poison that when touched irritates the skin. Allergic reactions are not unknown and if ingested the consequences can be dire, especially to dogs and young children.  The picture below is what the rash looks like, take some antihistamine tablets and see a doctor immediately. 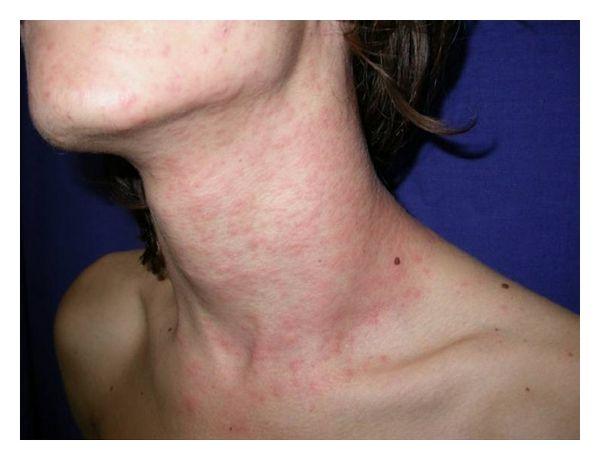 This is the damage it can cause your dog, many dogs have to have their tongues cut. If your dog is having any breathing difficulties take it to a vet IMMEDIATELY 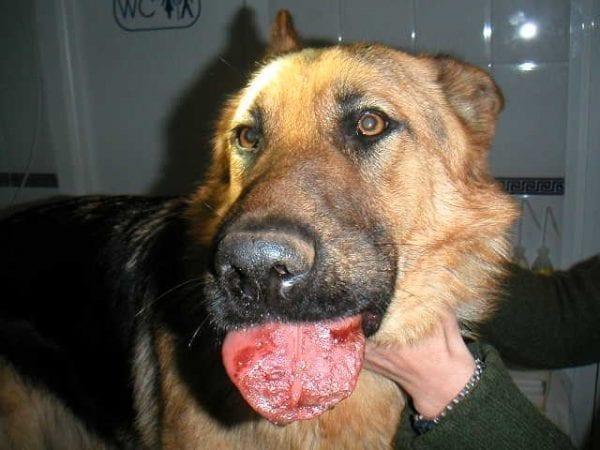 The Nests – Nests: Normally from about January (although in this area generally visible from early December)  the caterpillars build distinctive, tent-like nests of white, silken, webbing up to the size of a football in the branches and foliage of pine trees, and there can be several nests in a single tree. The caterpillars spend the days in these nests, and leave them at night to forage on the tree’s needles 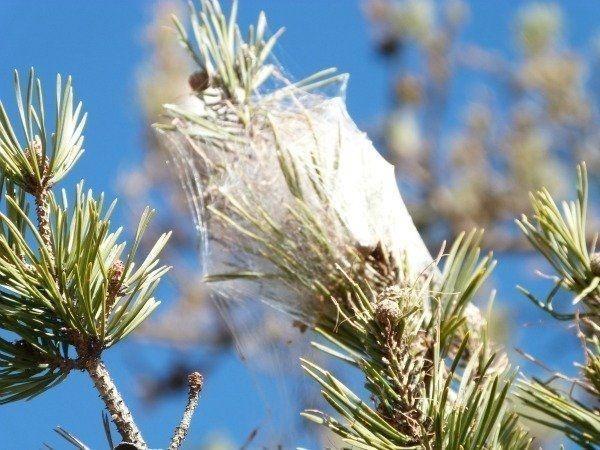 The caterpillars – The easiest stage of the lifecycle to recognise is the caterpillar, which is hairy and coloured orange-brown with blue bands. Like the caterpillars move about in nose-to-tail in processions, hence the name, and this is when they are at their most deadliest. 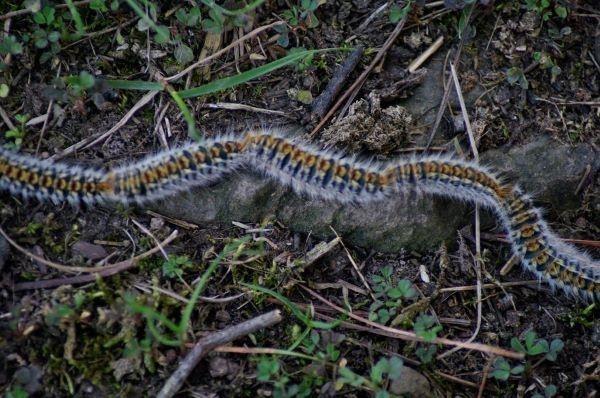 Moths: Adult moths have cream forewings with brown markings, and white hindwings, but to an untrained observer they are difficult to distinguish from other species of moth. They are flying about May to July, and individuals live for only about a day, during which time they must find a mate and lay their eggs in the foliage of a pine or other host tree.  These moths are not dangerous.

In the affected areas take some simple precautions to help minimise the health risks to you and your pets: 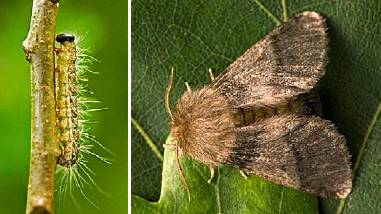 Touch or approach nests or caterpillars

Let children touch or approach the nests or caterpillars

Teach children not to touch or approach the nests or caterpillars

Train or restrain pets from touching or approaching them.  KEEP your dogs on a lead at all times.

See a vet immediately, if your pet has been affected.  Do this ASAP as you may not have long to save your pet from serious damage or even death

If you have them in your garden call Seprona on 062 and ask them to come round and deal with them.

If you simply have to walk in the woods around this time of year the official advice is to carry some antihistamine tablets with you.

Destroying the nests - be cautious.

A popular method of control is to destroy the nests during winter as soon as they become visible in the trees, (i.e. before January) by cutting them out of the trees and burning them. But take proper precautions when doing this and consult an expert. One supposedly recommended method is to spray the caterpillars nest with hairspray, Which helps to trap the hairs, wrap it in a plastic bag and torch it.

Most pines are protected and permission should be sought from your town hall if on urban land and if in the country, from the Guardia Civil (Seprona). Protected species normally cannot be cut down and only pruned with permission.