Xativa or Játiva is situated in the Province of Valencian, 117km from Benidorm and is the capital of the La Costera region.  The town is famous for being the birthplace of the Spanish painter El Espanoleto and two popes from the Borgia dynasty.

Xativa dates back to the Iberian culture, which is where its name comes from and during Roman times was an important commercial hub, being located at the foot of the Via Augusta.  Xátiva was the episcopal seat of the Catholic Church, under Christian rule it became the second most important city in the Kingdom of Valencia.  Its recognition as a city dates back to 1347

Xativa suffered a dark moment in its history at the hands of Felipe V, who, after victory in the battle of Almansa in the War of Spanish Succession, ordered the city to be burned, changing its name to San Felipe.  In memory of this insult, the portrait of the monarch hangs upside down in the local museum of L’Almodí.

The very first paper factory in Europa was built in Xativa in the 11th century.

This area is renowned for having the highest temperatures in the region, if you need to cool off visit Ontinyent, Pou Clar Water Falls which is only 27km away.

The city has lots of artistic heritage, but also a very modern area with all necessary amenities.

Find information on other places to visit in this section of the website.

Places worth visiting are - 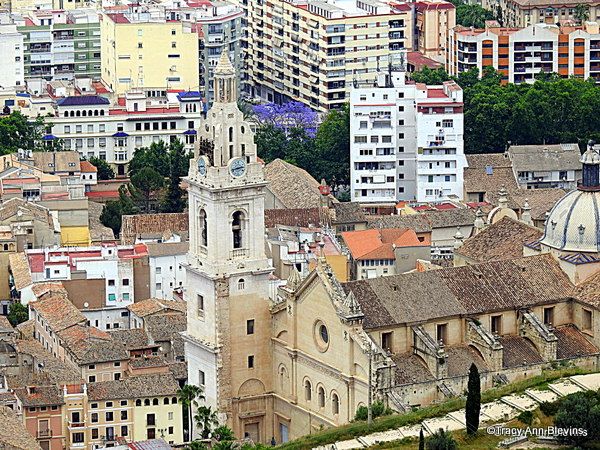 This is one of the cities most emblematic buildings and stands out against the city skyline and is visible from all points in the surrounding area, and has been declared a Cultural Heritage Site. It is called La Seo and has a strong Renaissance character. It was built between 1596 and 1916. The main entrance is Baroque and the High Altar corresponds to designs by the architect Ventura Rodríguez. The collegiate church is dedicated to the Asunción de Nuestra Señora. Members of the House of Borgia are buried.

The 60-metre high bell tower reached by climbing 180 steps dates to the 19th century and is crowned by a shrine to the Virgen de la Seo, who is the patron saint of the city. 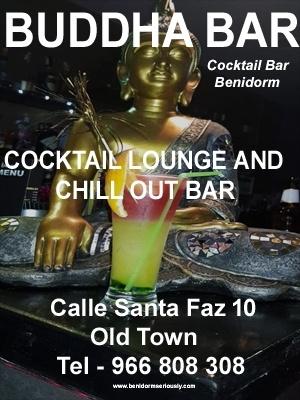 The collegiate museum contains a fantastic collection of religious art, with paintings and pieces of Gothic craftsmanship in precious metals.

Museo de Bellas Artes, the Fine Art Museum. Also known as Casa de la Enseñanza is one of the best places to find out about the fascinating culture of Xàtiva.  This impressive building was built in the mid-18th century and has a Baroque façade with the heraldic coat of arms of the founder of the educational institution that was once housed here. 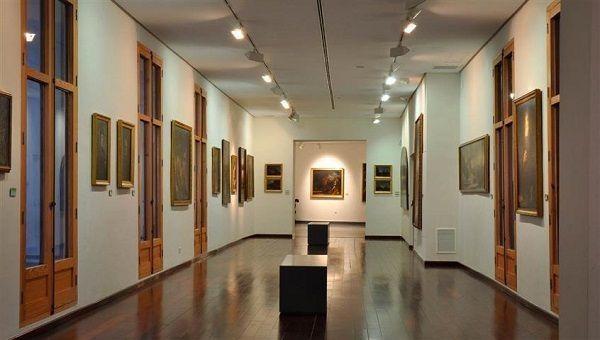 This is where you will find the famous upside down portrait of Felipe V as well as engravings Caprichos and Disparates  by Francisco de Goya and alongside the remains of sculptures once housed in Capilla de Calixto III, you can see a collection of Baroque paintings belonging to Museo del Prado, paintings by Ribera, Reni, Mazo, Giordano, Vicente López and Benlliure

Casa de la Enseñanza was refitted to house one of the most important collections of Valencian art and one of Xàtiva’s flagship cultural projects. Inside Museo de Bellas Artes, you will find a number of important pieces that showcase the cultural heritage of the region.,

This museum is housed in a historically important building of the same name. Constructed in the mid-16th century, it was once a wheat market, the original Gothic façade and an outstanding Renaissance courtyard with Ionic columns can still be seen.  The museum also occupies the adjacent building,  which was once the royal weights and measures office which was later remodelled to accommodate the customs office and later the Bank of Spain.

The exhibitions here focus on archaeology and feature reproductions of the first remains to be uncovered in the Cova Negra as well as Iberian, Roman, Visigothic and Islamic remains and an 11th century Islamic water trough and the famous arches of Xativa´s arab ancient public baths. 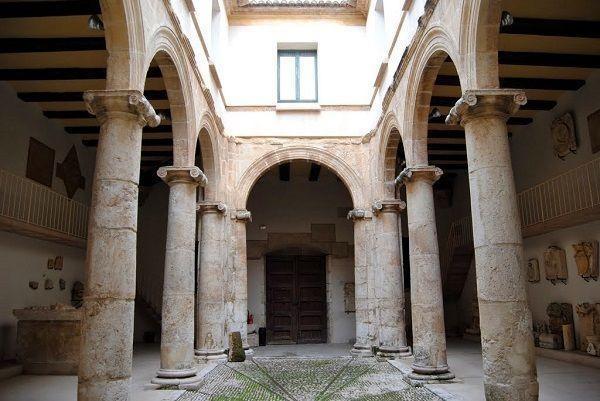 The palace of the Marquis de Montortal

This has its origins in moorish times (early sixteenth century) and was rebuilt after the earthquakes of 1748.It was then when the foundations of what is the current building were laid.

Founded as a royal hospital by Jaume I in 1244 and rebuilt centuries later, this is one of the most striking and fascinating monuments in Xàtiva. In addition to its mesmerising beauty, it presents an intriguing blend of late Gothic architecture and the first steps in Renaissance style, and is the building that best exemplifies mid-16th century Valencian architecture. The hospital has tended the health of Xàtiva residents for more than five centuries. 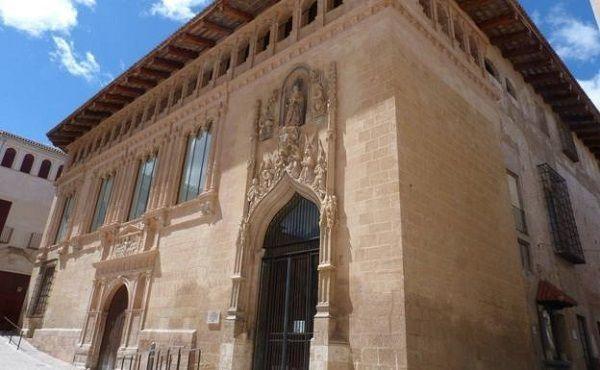 The hospital was hit hard by the fire of 1707, especially inside, and was rebuilt in the early 18th century, when the rooms were decorated with tiled panelling from the Royal Factory of Valencia. In 2006, the chapel was restored to house the visitor reception centre.

The Hospital Reial can be found in the Plaza Calixto III

Check out the various fountains around the town -  Baroque fountains: San Francisco, the Trinidad fountains, which are Gothic, and the Neoclassic fountain with 25 jets.

This is one of the most important places in Xàtiva and the one was once the centre of the city in medieval times ,it is surrounded by important buildings of historical value, such as the Palau d'Alarcó, a convent and in it flows the Motcada street, which is where the nobility of the city built their houses. 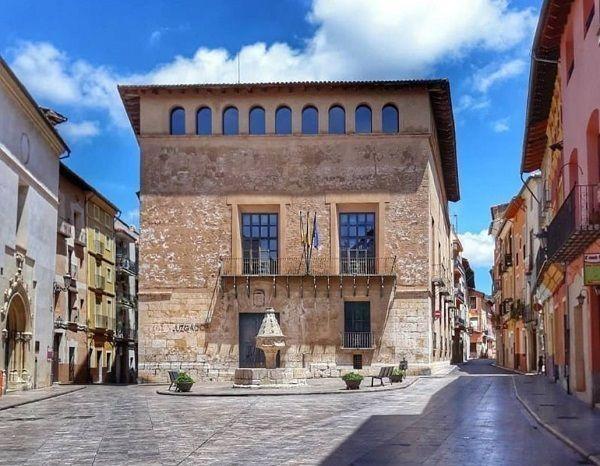 The Font de la Trinitat fountain presides over the square, and is one of the few Gothic fountains remaining in Spain. It dates back to the last third of the 15th century, and the originally polychrome octagonal basin shows the city’s coats of arms.

The place to be in the evenings is the town square, which had a selection of bars and restaurants all busy, most with local families all enjoying the balmy evenings, with children running about the square closely watched by nearby family members, such a lovely atmosphere, and on a Friday morning this is where you will also find the weekly market with some great bargains to be had. (Due to covid rules this can now be found on the main road by the pretty dry river bed)  Friday evenings is when the place really comes to life with local bands (informal brass bands marching/well more strolling) that seem to have some sort of play off against each other with all the locals joining in dancing, clapping and singing along.

The Marquis of Alarcó Palace

Located in the Plaza de la Trinitat, this is considered to be the most monumental civil building in Xàtiva, despite being dated to the 18th century and was constructed after the fire of the city in 1707.

The hermitage of San Félix, Located on the slopes of the castle, this is and sits on a place of an ancient pagan temple, built in 1265 making it the oldest in the city (it is said to have been a Mozarab temple and that Jaime I rebuilt it).  The church of Sant Pere, where Alexander VI was baptized, the Royal Hospital, which still preserves its original Renaissance façade.

The garden of the kiss, Jardín del Beso

The Garden of the Kiss gets its name from the love poems that the Italian philosopher dedicated to his beloved Carmen in the shade of the trees here, is also known as The Garden of Carmen Pérez, it was originally known as the "Garden of Verse"

This is a perfect place to sit and unwind, there are a large number of benches next to or nearby the remains of the old wall, this is also where you will find fountains with water from the Bellús spring and a old modernist temple.

The castle is the most outstanding feature of Xativa, with its 30 towers and four fortified gates and what most people go to visit .  This castle is the result of the fusion of an Iberian-Roman fortress and a later Arab one. Running down from the castle are the walls which until the 10th century enclosed the Roman city. A second wall was added later which took in what today is the historic quarter. 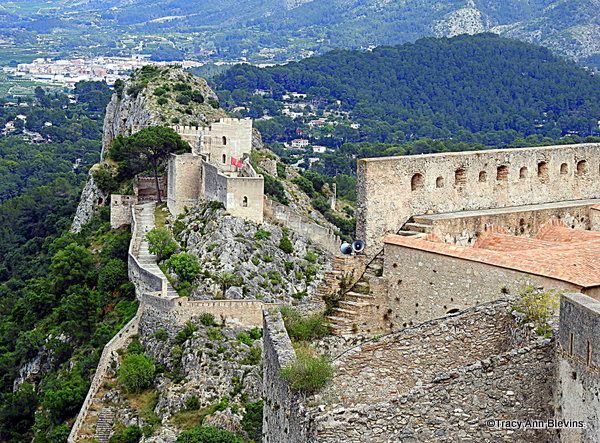 The castle forms the highest point of the defensive walls that once encircled early mediaeval Xàtiva. Despite its Iberian and Roman roots, most of castle walls and towers preserved today are of Islamic or Gothic origin. The castle has been declared a Cultural Heritage Site. No visit to Xàtiva is complete without a trip here. 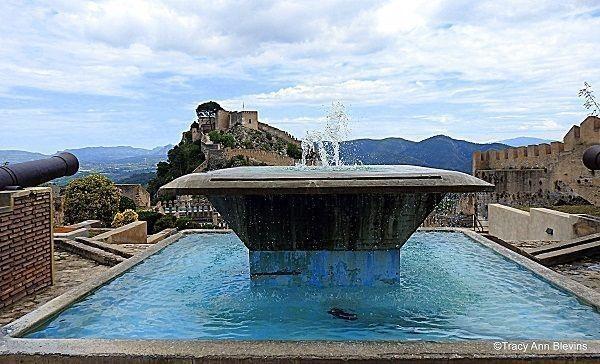 The castle featured in Hannibal Barca’s military campaigns. and is reportedly where Hannibal prepared for the siege of the Roman city of Saguntum, which took place in 219 BC. Which of course, involved his military elephants.   According to legend, Princess Himilce bore the Carthaginian general’s son in Castell Menor, in 218 BC. There is a balcony named after Princess Himlice and a gate named after Hannibal. 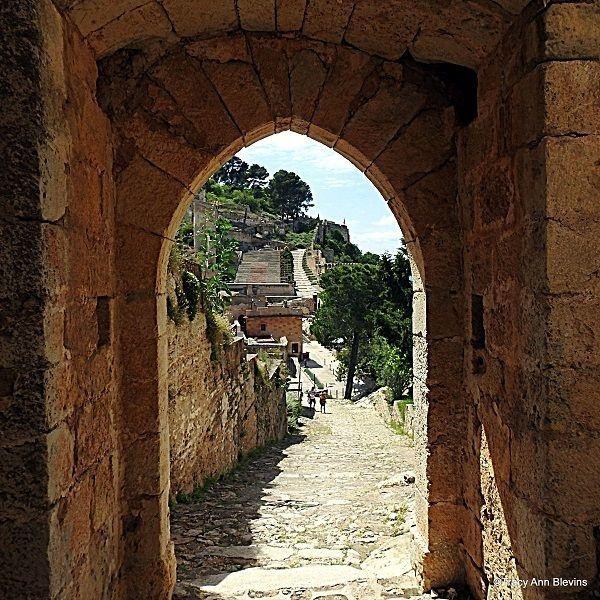 Corpus Christi - This procession takes place in June. This solemn but colourful event features many elements of local culture,

Holy Week, Easter - The Holy Week celebrations in Xàtiva are among the most long-standing and lavish of their kind in the Region of Valencia.

The most popular fiesta of Xàtiva is, without a doubt the August Fair. It is celebrated from the 15th to the 20th, with all kinds of events (bullfights, songs of "Albades", paella party, outdoor concerts, fireworks, artistic performances, local craft and food stalls, gastronomy, etc. It is declared a Festival of National Tourist Interest.

Christmas festivities, during which a life-size Bethlehem is mounted in the Alameda Jaime I

Just outside of town you will find the Cova Negra (Black Cave), which when unearthed revealed relics from over 30,000 years ago.

This area was declared a Municipal Nature Park in 2006. Located in a narrow valley that runs along the river Albaida, the park covers 57 hectares of spectacular countryside and includes the Cova Negra archaeological site (Named after the dark colours of its walls).  Human remains and paintings have been found inside 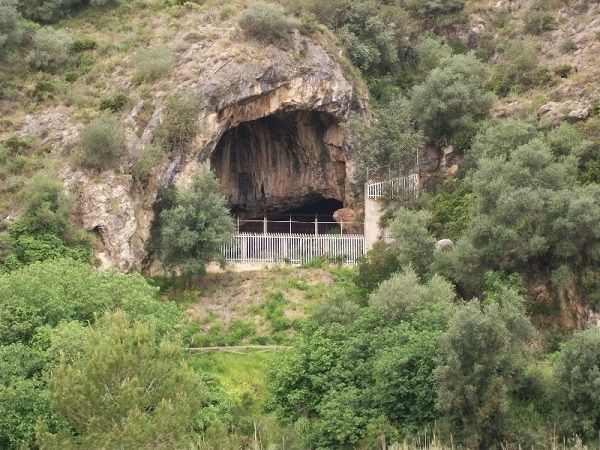 Getting to Xativa from Benidorm

Bus -  Journey time between Benidorm and Xàtiva is around 5h 4m and covers a distance of around 204 km. The fastest bus normally takes 4h 55m. Operated by ALSA. Typically six buses run weekly, although weekend and holiday schedules can vary so check in advance.

Find information on other places to visit in this section of the website.