The rules for travelling or working in Europe changed from 1st January 2021:

You will be able to travel to countries in the Schengen area for up to 90 days in any 180-day period without a visa as a tourist, to visit family or friends, to attend business meetings, cultural or sports events, or for short-term studies or training.

If you are in Spain with a visa or permit, your stay will not count towards the 90-day limit

Find all official guidance about moving or living in Spain HERE

We have been asked to explain further the rules regarding the time allowed within the Schengen Zone and what is permitted.
Two points you should be aware of.
One: The Schengen Zone covers most of Europe, not just Spain.
Two: It is not quite as restrictive as it may sound. Most people will not notice any difference. This really only effects those who remain for long periods of time in Europe. Not the occasional holiday maker.

It is not easy to explain or to understand but use the Schengen Visa Calculator above that will do these calculations for you. 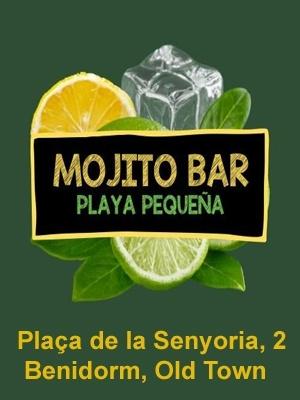 The day you arrive and the day you leave is counted as a full day. So for example if you arrive on January 1st you would have to leave at the latest on 30th March. If you remain throughout the entire time, you would not be permitted to return to the zone until 180 days had passed since you arrived on 1st January. That is 28th June.
Now lets imagine you wanted to come one month here two months away. If you arrive on 1st January and leave 31st January. You have used. 31 days. You have 59 remaining. You now arrive on 1st April and leave 30th April. That is another 30 days so you have used 61 in total. You have 29 days remaining. If you now return 1st July you would expect to have to leave by 28th July as this is the full 90 days and you would now have used your full allowance. This however is NOT the case.

When you arrived on the 1stJanuary the 180 day clock started ticking. However it reached its 180 day limit on the 28th June. Therefore when you arrived on 1st July, they would be calculating from 3rd January, not the 1st. Like wise on the 2nd of July, they would be calculating from 4th January. So each day spent in the zone is one day added but one reduced. You would not be accumulating additional time. You would not start to add days until 180 days after you left on 31st January. That is 29th July. So you could stay until the 31st July and only have used 2 more days to your previous total of 29 remaining and still have 27 days left.

Now if you arrive 1st September. For each day stayed you would be dropping off days in March and not accumulating additional days yet. So the pattern of one month here and two months away could be followed without issue.
Like wise if we apply the same strategy for one month here one month away. We find problems. January 31 days. March 31 days May 31 days This would not be allowed as your 180 day period is not up until 28th June. So in May you would be limited to 28 days.

When you arrive in July the early days in January are no longer counted. So throughout the 31 days in July you would be adding one day and dropping off one day. So you could stay another 31 days in July. Again 30 days in September would be allowed but could be restricted to just 29 days on November.

Consequences of overstaying in Schengen Zone

Use the Schengen Visa Calculator above to make sure you do not overstay - *Legal Disclaimer: The calculator is a helping tool only, it does not constitute a right to stay for a period resulting from its calculation*

If you are being tempted to do such thing, you should just know the following things:

First thing that you should know, is that an overstayed visa never goes unnoticed. The immigration authorities have registered in their databases every person that enters and leaves the Schengen, and every overstaying, even just for a day, is recorded.

Secondly, intentional or unintentional, no overstaying is left unpunished. It could be a fine, immediate deportation or even getting banned from entering the Schengen Zone for a specific amount of time.

When you get caught staying illegally in Europe, you will totally be deported to you home country. The deportation procedures depend on your case and the country where you are caught. You may be deported immediately, within just a few hours or after a few days. On the other hand, if you get caught engaging in paid activity while overstaying your visa, or engaging in illegal activities, you will most possibly be taken into custody where you will wait for your trial. If you are found guilty then you will be held in prison or fined with a high amount of money. Upon completing the punishment, you will then be deported to you home country and banned from entering the Schengen for a specific amount of time.

Deportation is always followed by another consequence. Usually you will know about it before being deported, since you will receive the decision on you case. If you have just overstayed a few days, and you are lucky to be caught in one of the countries that go easy on overstayers, you may leave without another penalty.

Difficulties coming back to Schengen

Even if you get back to your home country without any fine or ban, you should know that your overstaying will cause you problems the next time you attempt to enter the Schengen Zone. Immigration officers and border guards tend to be suspicious on people who overstay once, no matter in which country they were caught overstaying.  Therefore, you will encounter difficulties on getting a Schengen visa or crossing the EU external borders.

This is the most often penalty for overstaying a visa. Depending on the member state, the fees are applied differently. However, if you are caught after you have illegally remained in the Schengen for a longer time, aside of a fine being applied to you, you will also be banned from entering the Schengen Area for an appointed period of time, or even forever.

Banning people from entering the Schengen is usually applied to those overstaying and working or engaging in other illegal activities. A person can be banned for a period of three years and more from entering any of the member states of the Schengen area.

On the other hand, if you face an accident or unforeseen illness, or you are in a situation that does not permit you to travel to your home country, then you are strongly advised to apply for a Schengen visa extension instead of overstaying.