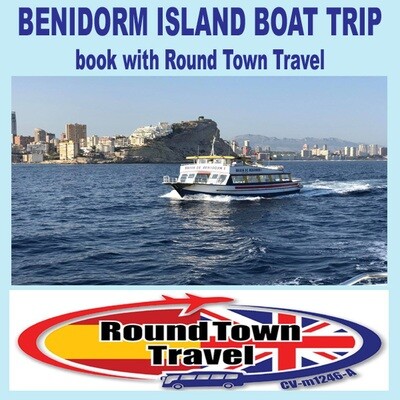 One of the area’s iconic landmarks, La Isla de Benidorm, as it’s know in Spanish, is a nature reserve located 3.5km from Benidorm’s beach. The island is home to several species of birds, including European storm petrels, peregrine falcons and Sardinian warblers, amongst others.

In 1834, the island served as a refuge for various families from Benidorm and neighbouring town Villajoyosa, who were escaping an outbreak of cholera. Centuries earlier, it was used by pirates as a base for the attacks of the coastal towns.

On the island itself, you’ll find a bar / restaurant where you can enjoy a quiet drink or meal whilst taking in the spectacular views. If you’re planning on having a bit of a walk around the island, then remember to wear flat shoes as there are a lot of uneven surfaces. Included in the price of the boat is a ride on the glass-bottomed “Aquascope” which will take you for a tour around the outside of the island, giving you chance to see some of the marine life from underneath the sea.

Exchange your voucher for your boarding pass at the Maritimas kiosk on Passeig de Colón before embarking. 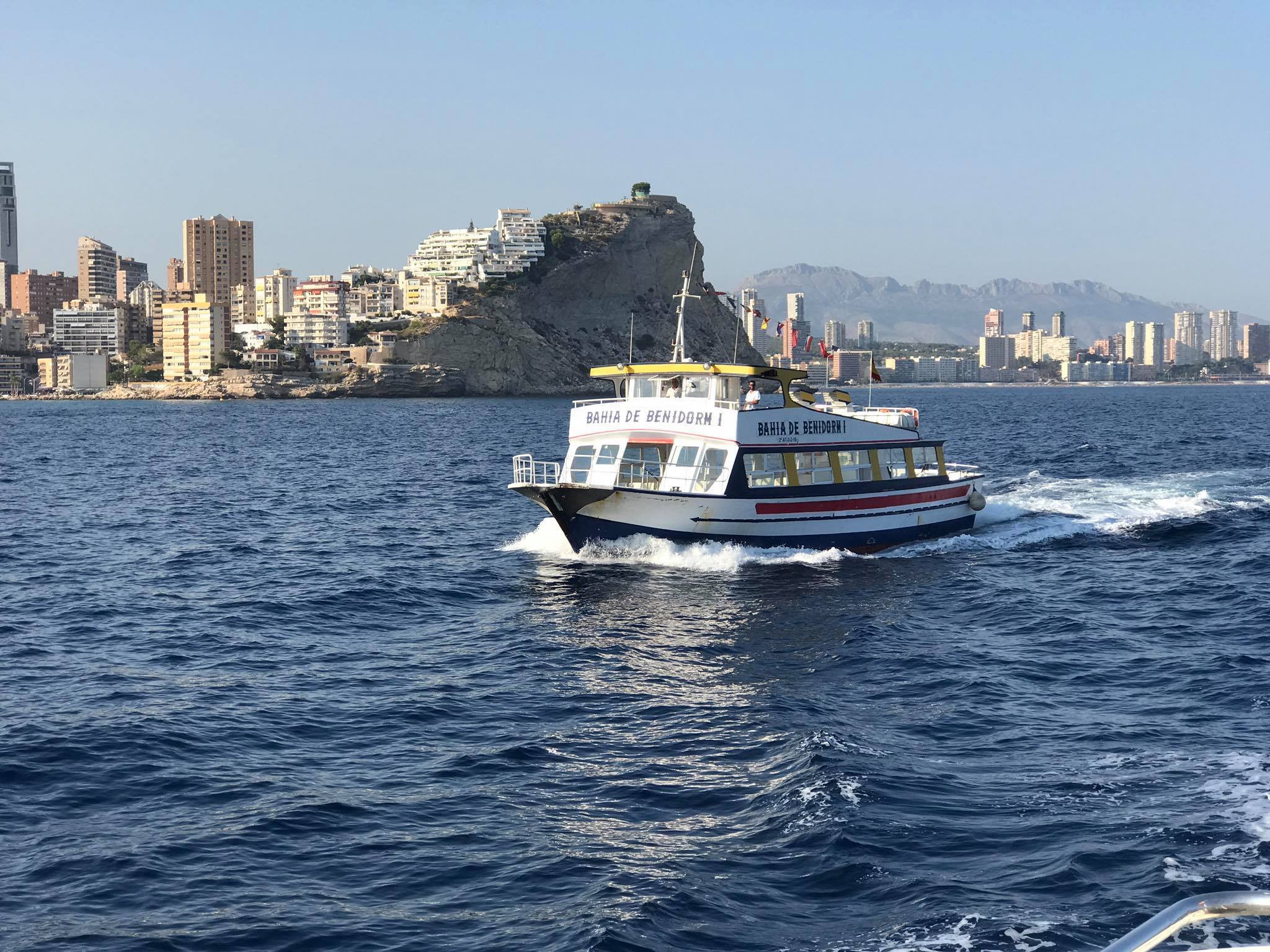 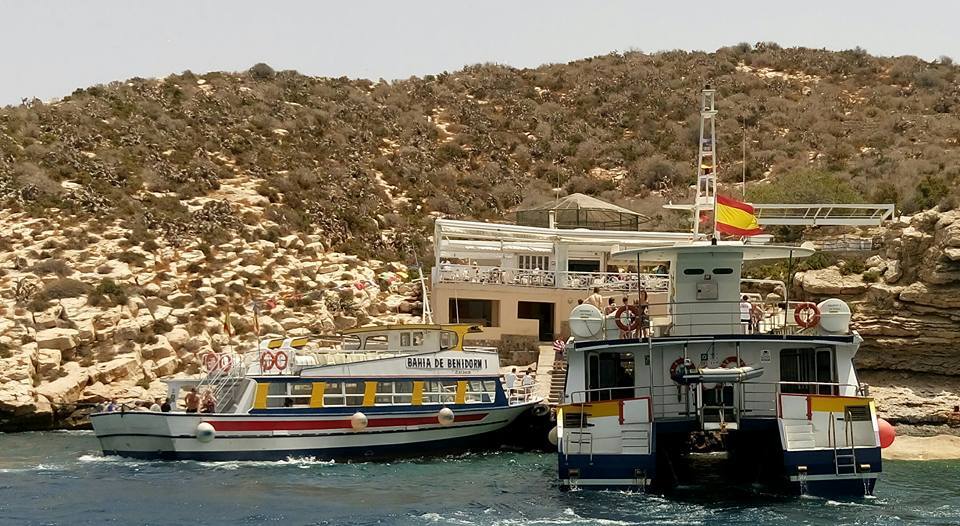 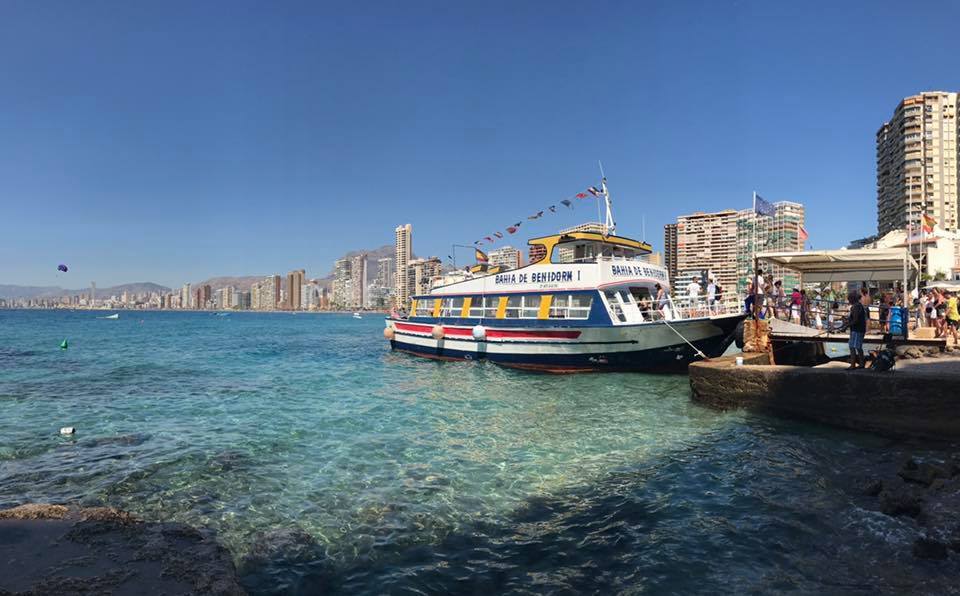 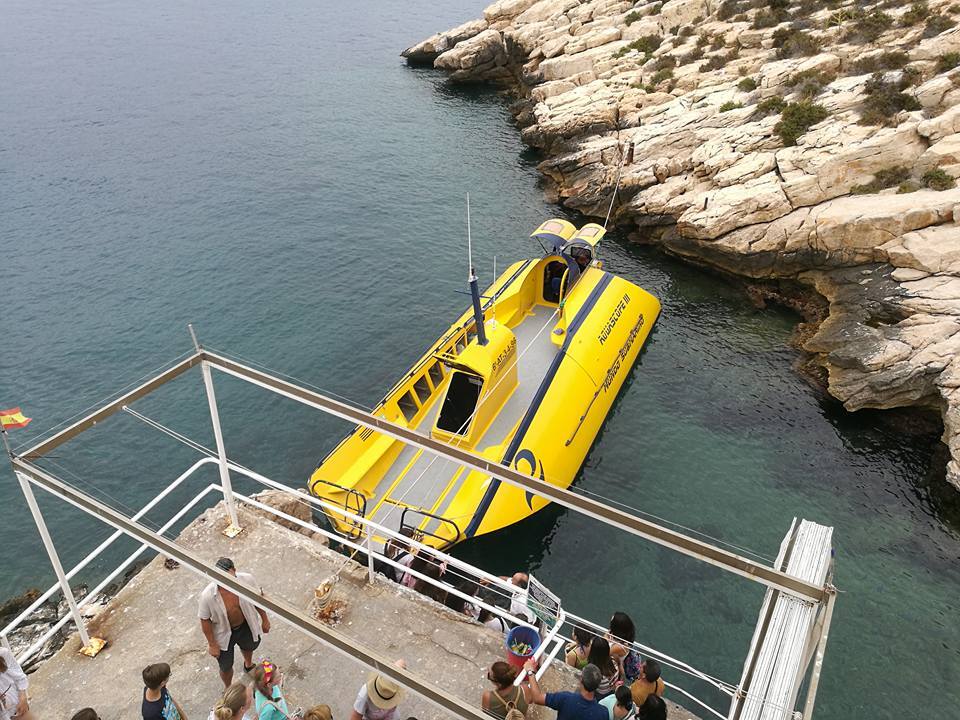 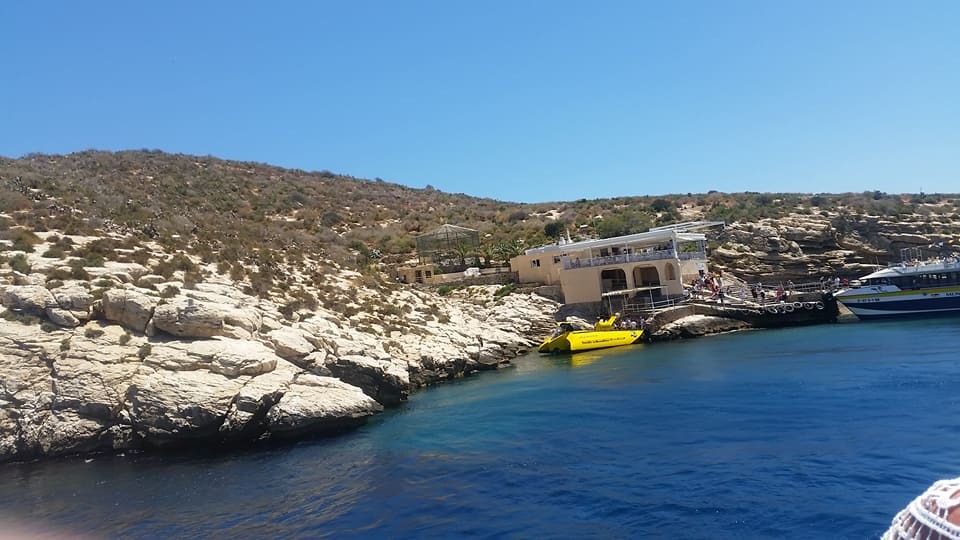 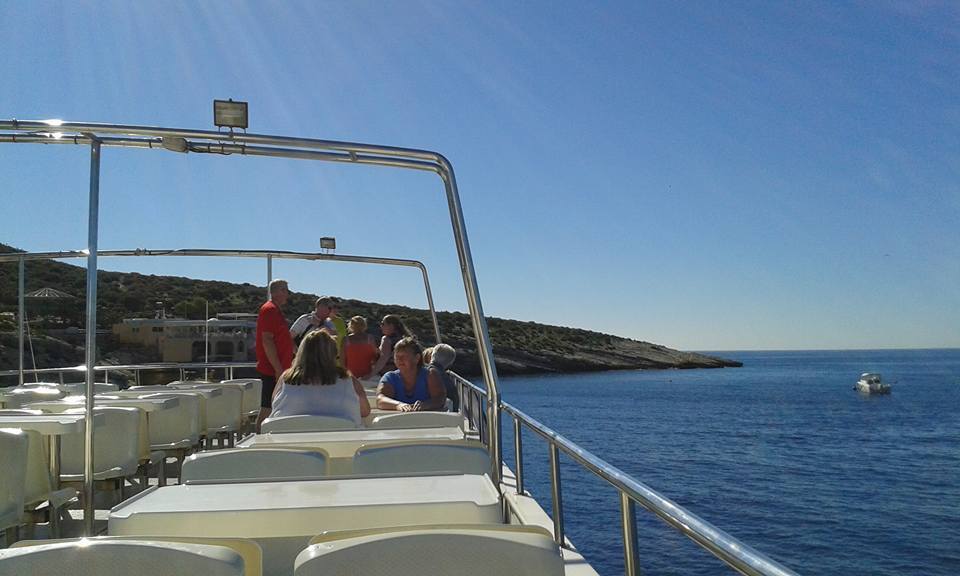