The exact date on which the new rules will be effective has not yet been revealed, but motorists should act as though they are already in place as failing to do so once it becomes law could mean a €200 fine and three points deducted from your licence.

Here in Spain, driving licences start off with 12 points when 'clean', and points are deducted for motoring offences, with an automatic ban once all 12 have been used up – reinstating these normally requires paying for specified courses at official driving schools, as points-related offences are never 'spent' after a set time period.

Until now, drivers have been required to leave a margin of at least 1.5 metres (approximately five feet) when overtaking cyclists on roads, and are permitted to cross the central line, even if it is an unbroken white strip, to do so.

Crossing the central line and invading the opposite lane is permitted to enable the two-metre distance to be left.  Drivers should not overtake cyclists at all where it would involve moving into the oncoming lane unless it is safe to do so, with no oncoming cars that may be forced to brake or have difficulty stopping in time. 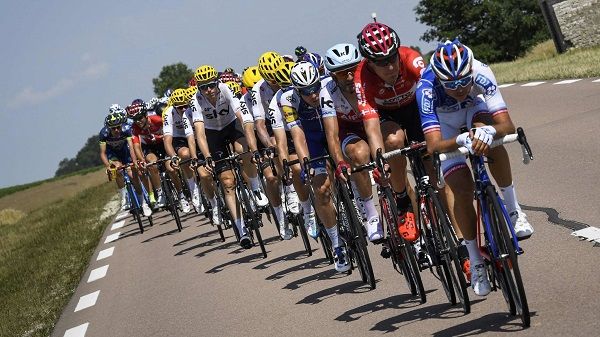 Head of Spain's General Directorate of Traffic (DGT), Pere Navarro, announced these measures in a conference organised by Executive Forum involving motorway franchise companies Abertis Autopistas and Indra. It forms part of a raft of reforms to the Road Traffic Law which are expected to come into force in the next few months, which include the number of points deducted from licences rising from three for driving with a mobile phone in one's hand to six, and not wearing a seatbelt, helmet on a motorbike, or with children not in the correct booster seats, to four.

Cyclists are some of the most vulnerable road-users, especially on fast-moving inter-provincial highways, and although motor vehicle crash death figures have generally been improving in the last few years, this is not the case with cyclists – last year, when fatality rates for all other types of road transport reduced, those of cyclists saw the smallest reduction, and in 2019, bicycle crash deaths actually increased.

For other Travel information check out this section of the website