TAPAS ALLEY BENIDORM Officially runs from Pl. de la Constitutio, and along Santo Domingo, If getting a taxi, or you need to ask for directions ask for the Royal Queens Hotel which is situated right opposite the entrance to Tapas Alley. 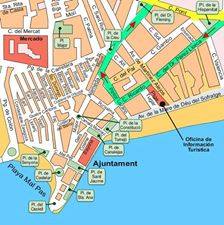 If you are fed up with pie & chips and fancy a taste of real Spain then head to Tapas Alley – so called because the entire street is made up of tapas bars, where you can sample some top-quality Spanish Tapas. 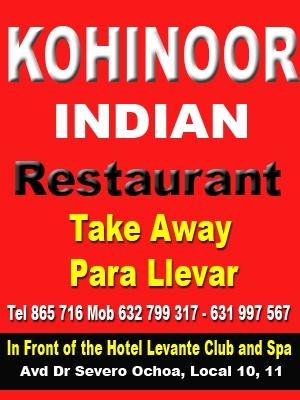 Tapas has evolved over the years and varies depending on region. In Tapas Alley the selection is vast to say the least and most are so beautifully presented that they look like little works of art. The British normally associate the word tapas with all the little snacks, but officially they are categorized as either tapa, pinchos and montaditos.  Traditionally Tapas come in little terracotta dishes, which can be hot or cold but need to be eaten with a folk.  Pinchos or Pintxos are more from the North of Spain and are served on a toothpick, pintxo" in Basque language or "pincho" in Spanish means thorn or spike.  Montaditos more from the south of Spain are slices of bread with things on top and generally served cold, just to confuse things these can also be found with toothpick in them to stop toppings falling off the bread.  Basically, they are all tapas ie small portions of food.

The first thing to do is check whether you can order tapas at the tables. In some places they only serve tapas at the bar, and you have to order raciones (large plates) at tables or out on the terrace. Because tapas are informal, and the bars are often busy, they are commonly eaten standing up at the bar or at small tables or even upturned barrels, and the atmosphere is convivial and noisy.

The more rubbish on the floor the more popular the bar.

Once seated, don’t order everything at once. Many tapas are already prepared, and you could end up with 5-6 dishes arriving at once. Also, you may see something “walk by” that looks good, so best to start with just one or two tapas each and take it from there.

The barman will usually run a tab for you, which is paid after you have finished eating. Some bars, where food and drinks are taken outside, charge with each round of tapas and drinks.  it is a general rule to tip 10% if you have been served at the table (and have had good service). If it´s only had a quick snack and a drink standing at the bar, then just leave the change.

The word "tapas" is derived from the Spanish verb taper - meaning "to cover". According to legend, the tapas tradition began when King Alfonso X recovered from an illness by drinking wine with small dishes between meals. After regaining his health, he ordered that taverns would not be allowed to serve wine unless it was accompanied by a small snack or "tapa". The original tapas were slices of bread or meat which sherry drinkers in Andalucian taverns used to cover their glasses between sips to prevent fruit flies from hovering over the sweet sherry. The meat used was normally ham or chorizo - which being very salty encouraged more drinking .... even back then the proprietors weren't daft - and so began the tradition of serving a variety of snacks which in turn increased alcohol sales! 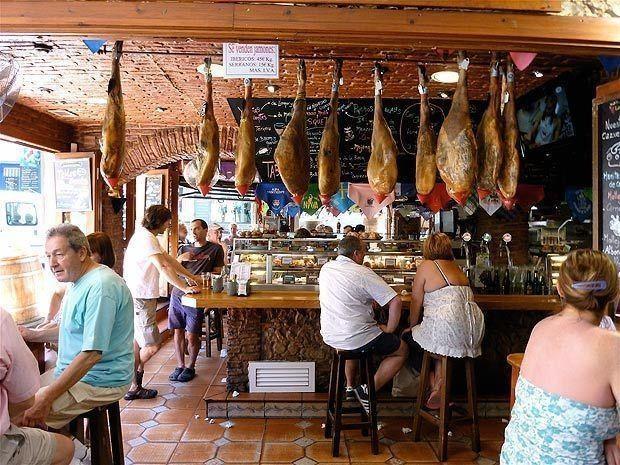 TIP The messier the floor, the better the tapas.

Busy and buzzing! Follow the noise of chatter and laughter to find this buzzing Tapas bar! Packed full of locals; a sure sign of great food, it's a great choice for anyone not familiar with tapas as all the dishes are temptingly displayed with a handy label in both Spanish and English and for a really authentic feel - sit and eat at the bar!

The Aurerra Group of eateries are the most established name on the street and have 7 different restaurants to cater for all tastes. There is a constant stream of visitors, both locals and tourists throughout the day, but it gets particularly busy in the evenings.

Authentic atmosphere an enticing Tapas restaurant with bags of character. All dark wood, barrels of wine, and proper Spain. There's ambience by the truckload here. So, get yourself a glass of Rioja, select your tapa and drink in the atmosphere.

Very popular Bustling Tapas bar so popular you know it's going to be good.

Typical Spanish Typically Spanish eaterie with choice of basic snacks or the 'extra' - Menu del Dia. And in a starring role... bread and sardines for 2.50? And the humble sardine tastes so good in the Med... how can you resist? 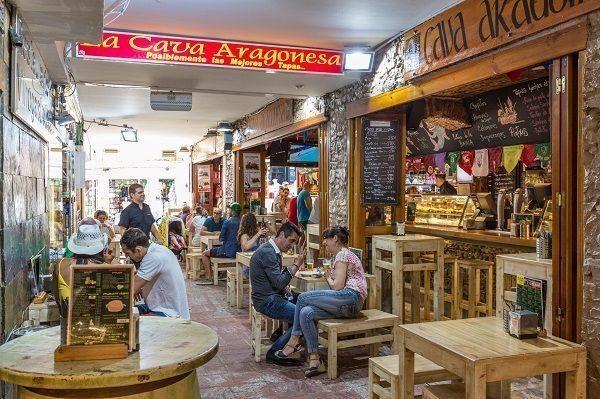 A hidden gem with great atmosphere This little place is a hidden gem, known mainly by the Spanish. It has a great atmosphere, cheap prices and delicious little tapas to keep you going. And the walls are dotted with photographs of old Benidorm before the tourism boom.

This bijou tapas bar has now brought a modern, trendy space to Benidorm's 'tapas alley'. Sit outside at the stylish tables and watch the world go by as you muse over the menu that's based around Argentinian dishes. Or step inside into air-conditioned splendour and be tempted by photos of the dishes flashing across Plasma screens. And if you love steak, you won't be disappointed, Argentinian meat is amongst the best in the world.

Charcoal grilled meat and lots of tapas Anyone familiar with Benidorm will know this bar/restaurant. Situated in the Plaza Major (main square) its ideally placed for stopping off for a coffee mid-shop. But don't be fooled - step inside and take a look at the fabulous tapas you might have missed out on...and the huge grill, suspended over a charcoal fire, that's used to great effect for cooking meat. They also do a selection of meals partnered with selected wines.

General information on THE OLD TOWN and areas to visit