So contrary to expectations, I managed to survive a week in Benidorm! Such places, jam packed with people, loud music and twenty-four hour nightclubs are not usually my first choice of holiday destinations, mainly because they often lack wildlife. This week found me pleasantly surprised however and I thoroughly enjoyed my time in Spain. Sadly I was unable to venture out of the city during the week though this was of little importance with a great line-up of birds, butterflies and other beasties to enjoy. Urban birding has it’s perks it seems!

Starting out as ever with the feathered things and with 51 species noted amid the glaring lights and constant music I find myself unable to complain! First up the seafront and a few visits here provided a few goodies though I did receive a few odd looks prowling around, bins in toe amid the thousands of sunbathing British Grandmothers. Here Black-Headed Gull and Yellow-Legged Gull were numerous. The latter proving particularly confiding. Two tern species were also picked up though the second, a rather dainty looking bird remains unidentified due to poor views. Drat. Still, the Sandwich Terns here but on a fine show, as did the numerous Shags that fished behind the breakers. Both Little Egret & Grey Heron stalked the rocky areas here and Common Swift and Barn Swallow were picked up hawking above the beach. On a few occasions fishing boats passed by with a escort of rather nimble looking gulls, Auduoin’s perhaps but I will never know. Elsewhere the only other things to be seen along the coast comprised stacks of Feral Pigeons and an all to brief Peregrine which shot through in pursuit of one rather unlucky dove. 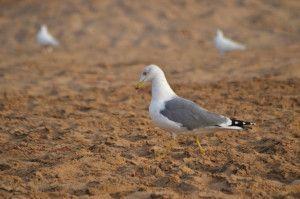 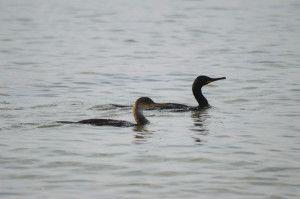 Moving on, Benidorm surprised me, showcasing a number of “green areas” within the city itself. Most of my outings during the week focused on these areas and thankfully I was rewarded with a number of great birds. One of the highlights here was a delightful Hoopoe though this was followed closely by Firecrest and Sardinian Warbler, both of which were extremely numerous! The various stands of pine that held the aforementioned crests were also jam-packed with Goldcrest, Great Tit, Chiffchaff and Blackcap though good numbers of Common Crossbill were a tad more interesting. I did manage glimpse an “unknown warbler” here during one of my morning excursions though it quickly disappeared never to be seen again. Based on the overall shape, colour and rather thick bill I feel confident angling towards Melodious Warbler though as ever, when unsure, no ID was made. Black Redstarts were prolific here with over 100 seen during my stay, outnumbered only by Benidorm’s Feral pigeons! I am used to seeing these birds in ones or twos, often while freezing on the Northumberland coastline so these proved particularly enjoyable! 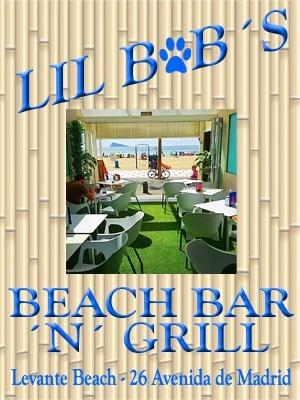 A few jaunts to building sites and various other wasteland sites produced yet more familiar British birds including Goldfinch, Greenfinch, Meadow Pipit, Common Starling, Collared Dove, and Woodpigeon alongside the more noteworthy additions of White Wagtail, Serin and yet more Black Redstarts. Serin was a much sought after lifer for me prior to this trip and these colourful little finches did not disappoint. Notes taken, I now stand ready to unearth one of these in the UK in the future.. I can dream can’t I? Also here a number of Spotless Starling were seen though these proved rather timid. 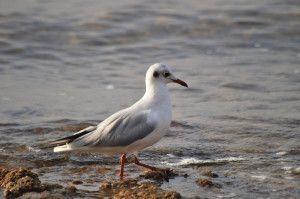 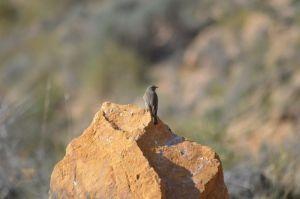 Benidorm is thankfully surrounded by some rather pleasant mountains and the suburban fringe where city meets sand provided an exciting change of scenery. The undisputed highlight here (and perhaps of the whole holiday) was the numerous Crag Martins zipping too and throw overhead. At least 45 of these birds were seen together at one point and made for quite a show, providing another nice lifer in the process. With them a few more interesting species including some very noisy Dartford Warblers, Raven, Stonechat, Blackbird & Song Thrush. The same area also provided the trips only Long-Tailed Tits on top of more Firecrest, Sardinian Warbler and you guessed it, Black Redstarts. On one early excursion I found the place virtually empty and opted for a quick dip in the sea in a rather secluded cove. Here various tropical fish, sea cucumbers and odd looking crabs made for a memorable encounter and another Peregrine graced me with its presence as I attempted to haul myself out of the sea upon realising a line of German tourists had assembled behind me with cameras! So much for being alone.

Heading back to Alicante airport on Friday, two Iberian Grey Shrikes and a Green Woodpecker provided nice views, the former giving me my final lifer of the trip. Not bad at all though birds were not all to be seen in and around Benidorm. 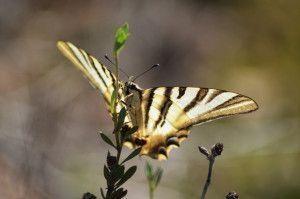 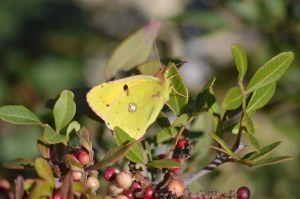 Butterflies proved a mainstay of my week with the highlight a glorious Scarce Swallowtail (shown left) which at one point decided to use me as a perch! Clouded Yellows were numerous here, as were both Large & Small White while a few equally familiar species were observed including Wall, Painted Lady & Red Admiral. Aside from the Swallowtail the only other new species comprised a good number of Long-Tailed Blues scattered along the coastline. A real energetic gem of a butterfly and one that proved incredibly hard to photograph! My best attempt is shown below. Butterflies aside lots of interesting (and in some cases rather large) Grasshoppers also proved entertaining and a whopping great spider was revealed to be Araneus angulatus, a rather large and fearsome relative of the Garden Spider and one that is rather scarce in the UK. This one had made a meal of an unfortunate Clouded Yellow.

So as you can see, there is far more to Benidorm than just sex and Sangria! The week proved most enjoyable though now that I am back in the real world I should get back to the arduous process of conservation based job seeking *sigh*

Another week, another adventure, this time to the tourist hotspot and renowned centre of debauchery that is Benidorm. A location I first visited on a family getaway two years ago that, much to my surprise, I found to be a rather fantastic spot for some urban wildlife watching. Well, fast forward a couple of years and this past week, once again, I found myself pacing the cities sunny outskirts, hectic streets and forgotten areas in search of some of the party destinations less conspicuous inhabitants. Between festival activities, that is – this was not a birding holiday per say.

Staying in the Belroy Hotel, my first encounter came on our first day when, at dusk, the characteristic call of wagtails was heard from our balcony. Scanning the adjacent rooftops, it soon became apparent that the opposing hotel was favoured by the local White Wagtails as a roost site; with upwards of 100 birds arriving in loose flocks during the proceeding hour. A spectacle which, much to my delight, repeated each and every night during our stay.

Early morning watches from the comfort of the balcony saw the wagtails long gone – the monochrome ones rising far earlier that I – though that same rooftop later yielded Spotless Staring, Black Redstart and my first Blue Rock Thrush of the trip – a rather pristine male. Not to mention the many Crag Martins elegantly traversing the skies at eye-level with my makeshift viewpoint, accompanied on occasion by the odd Pallid Swift.

Venturing out into the streets before the inevitable rise of my fellow Britons proved worthwhile; the roadside palms and plain trees chiming with the merry twittering of Serin and Goldfinch and, of course, the familiar chirrup of the cities many House Sparrows. It was the larger gardens and scant parks that yielded the greatest reward, however, with one particular visit to a nearby skatepark producing 13 Sardinian Warbler (the first of many seen throughout the trip), Long-tailed Tit, Firecrest and, best of all, Crested Tit. The experience here amplified by a hovering Kestrel and a handful of Little Egrets passing overhead at first light.

Perhaps the best birding of the trip was had amid the more luxurious villas located along the cities boundary with Serra Gelada National Park to the west. Here, the cherry on top of an outing on the second day came in the form of a stunning, and very confiding, male Black Wheatear; though a surprise Short-eared Owl came a close second. Indeed, I had no idea this species could be seen here, and seeing one quartering above Mediterranean coastal shrubbery was a far cry from the windswept moors of Northern England or the Scottish Highlands. Similarly, a covey of five Red-legged Partridge here was also nice to see – a familiar species in the UK, yes, but one I had not yet seen in their natural environment. 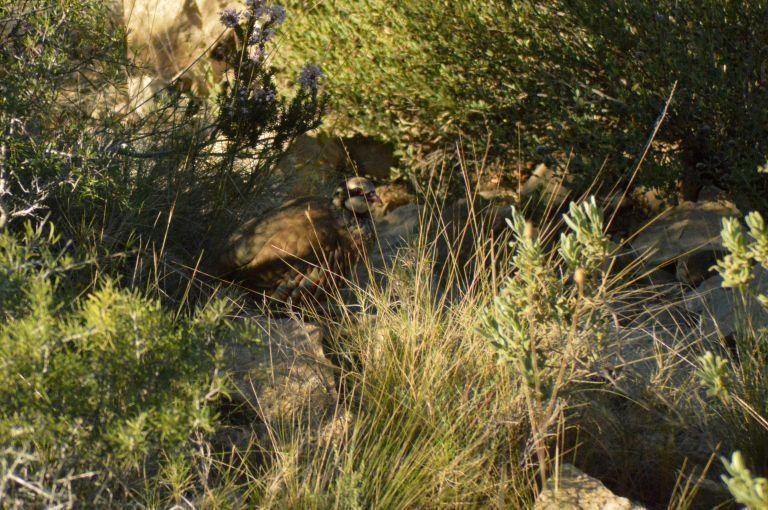 The fringes of Serra Gelada were the focus of much of my birding exploits during the week: with two more Black Wheatear seen during my last visit, alongside a trip-tick Dartford Warbler, two Raven and a further four Blue Rock Thrush. Not to mention countless more Black Redstart, Sardinian Warbler, Crag Marten and Firecrest and a few more familiar additions to the weeks tally: Meadow Pipit, Greenfinch, Chiffchaff, Linnet and Robin. A flyover large raptor here, far too distant to properly scrutinise, providing a tantalising hint of things to come upon a brief outing on the bus to nearby Calpe.

Having heard much of Calpe before our trip, it was only fitting that myself and Matt set some time aside for a proper outing before we were forced to head home. We did this on the third day; arriving at the inner-city Salt Lake early in the morning and immediately finding ourselves greeted by 47 Greater Flamingos feeding contently by the roadside. A first for me, having never before seen this species in the wild, and a queer sight to behold, in truth. Flamingos with a backdrop of high-rise accommodation and passing traffic, not something I had thought to see anytime soon. Also here, a number of Shelduck, Cattle Egret and Moorhen provided new additions to the growing trip list and a passing birder was kind enough to draw our attention to an overhead Booted Eagle – another lifer. What a bird! 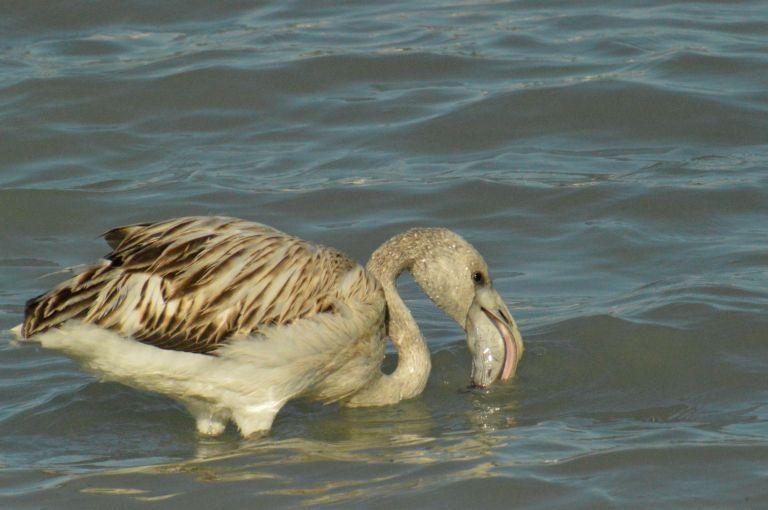 The real highlight of our stay at Calpe, however, came in the form of a lone gull sitting alone towards the Northern shore – far removed from the squabbling hoards of Yellow-legged and Black-headed Gulls amassed in the interior of the lake. Drawing closer, the identity of the pristine-looking bird soon became clear: Auduoin’s Gull – perhaps my most hoped for target of the trip and, by all accounts, a splendid bird to behold. The gull was enjoyed until our busy schedule forced us to depart for a whistle-stop tour of the Pobla de Ifac, where another male Blue Rock Thrush was the highlight of a decent cast of more familiar species. Including the ONLY Great Tit seen throughout the entire trip. 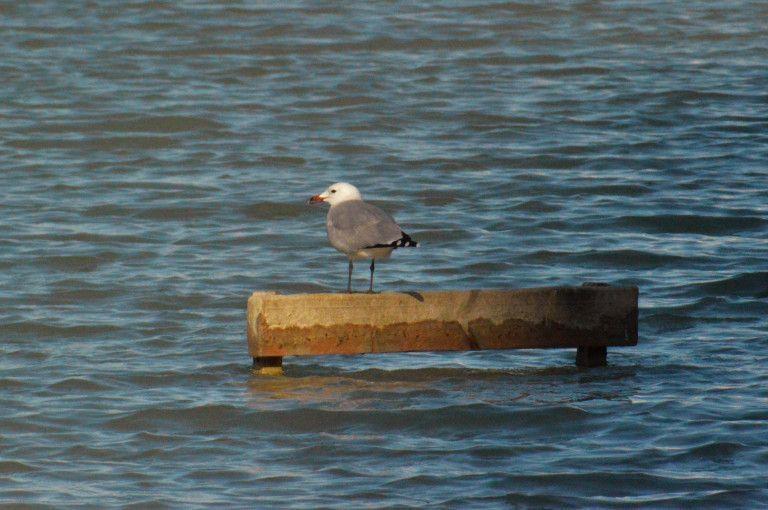 Back in Benidorm, our final ventures of the week saw us add Iberian Green Woodpecker to the trip-list; while a single Crested Lark was unearthed on a local building site. Taking a much more touristy trip to Benidorm Island, it was similarly great to immerse ourselves in the resident Yellow-legged Gull colony; while the short boat voyage to our destination provided sightings of Shag, Greater Cormorant and Sandwich Tern.

A brief mention should be given to Benidorm´s non-avian inhabitants that also amused throughout the week. With butterfly sightings including Swallowtail, Clouded Yellow, Painted Lady, Red Admiral, Wall, Long-tailed Blue and Lang’s Short-tailed Blue, there was plenty to look at on this front. A notable bonus coming in the form of my first ever Silver-striped Hawkmoth (pictured below) found hiding in the shade cast by a local supermarket. 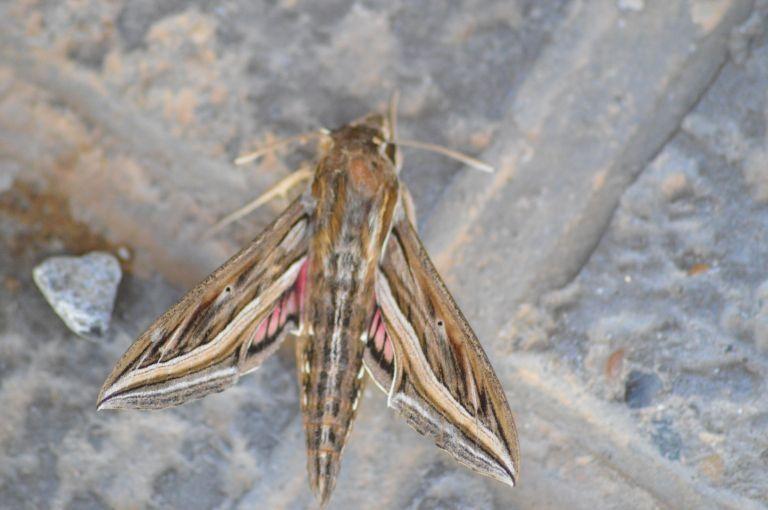 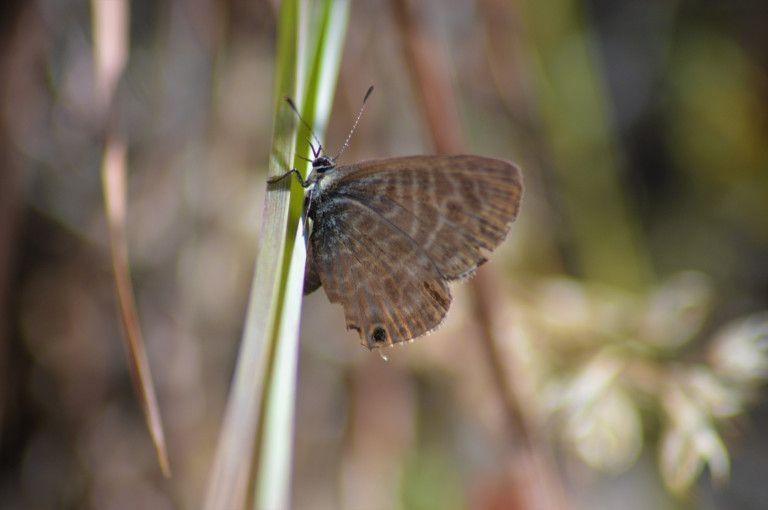 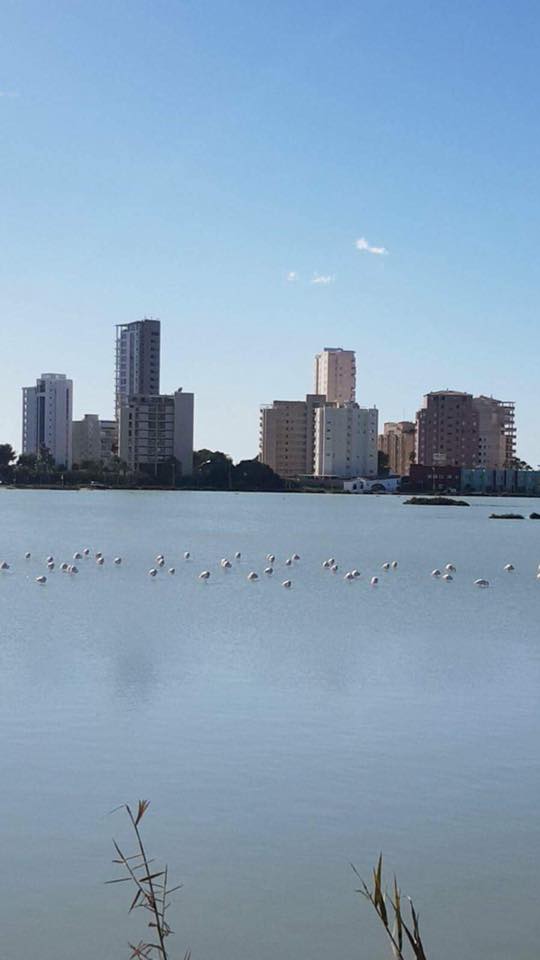 Greater Flamingos against an urban skyline