Watermelon Gazpacho Recipe.  This is the perfect  healthy soup for summer and a refreshing change to a traditional Gazpacho

1/4 to 1/2 cup of red wine vinegar (more or less to taste, depending on the sweetness of the watermelon and tomatoes) 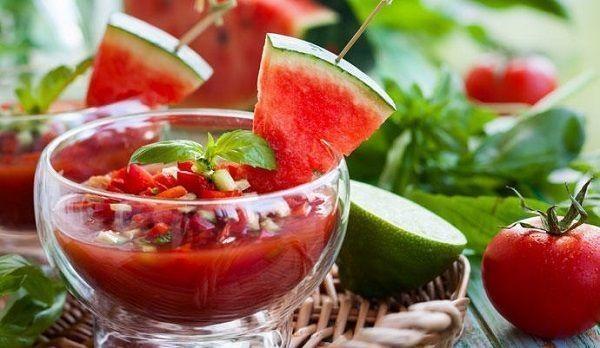 Add the tomatoes and pulse until puréed.

Add the watermelon and pulse again until smooth. 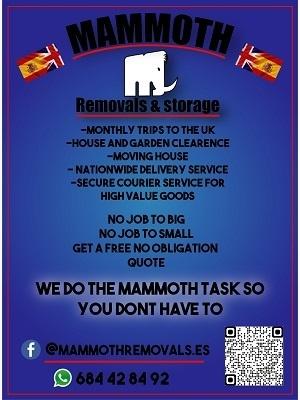 If your blender isn't big enough or if you prefer to use a food processor, you may need to work in batches. (An immersion blender will likely not work for this, not enough liquid.) Pour into a large bowl.

Depending on how sweet your watermelon is, and how acidic or sweet your tomatoes are, you may need to add less or more red wine vinegar. So, start with 1/4 cup of vinegar, and keep adding a tablespoon at a time until you've reached a balance you like.

Whisk in the salt and olive oil.

Stir in finely chopped vegetables, then chill: Stir in the finely chopped onions, bell pepper, cucumber, and jalapeño. Chill for at least an hour for the flavours so blend. (It's even better chilled overnight.) Add more salt to taste if it needs it.

Garnish: To serve, garnish with sour cream, diced avocado and chopped fresh coriander. Also good with a side of toasted rustic bread.

It contains only 46 calories per cup but is high in vitamin C, vitamin A and many healthy plant compounds.