All about - Gata de Gorgos

All about - Gata de Gorgos

Gata de Gorgos is an old Spanish town situated on the main N332 from Alicante to Valencia. Set inland, Gata is in-between the inland towns of Pedreguer and Teulada.

Gata de Gorgos takes its name from the Gorgos river, also know as the Jalon river.

Gata de Gorgos is a small, historical town that was occupied by the Moors during the Arab Conquest in the 8th-13th centuries). In around 1220 the town was re-conquered by Jaime I of Aragon. Originally part of Denia, Gata de Gorgos obtained its independence in 1535

It is famous for its basket and cane ware made out of esparto and palm, sold in the local shops.  Gata is also well known for its Moscatel grapes, these are grown and then using traditional methods, dating from Muslin times, made into the famous wine.

Gata de Gorgos is the place to go if you want to go furniture shopping. It is known for its cane furniture, wicker furniture, American style furniture and beautiful Balinese furnishings and accessories can be found in La Cluse.

Located just off the main street (Av de la Marina Alta/N332), this church has a square clock tower based on three tiers. In front of the church is a carved drinking fountain. The church dates from the 17th century and was constructed by the Count II of Alcudia.

Located in Plaza de la Iglesia, in the center of the village, the building is made up of a central nave and two lateral ones like eight chapels (four on each side). The baroque facade faces the square.

The bell tower is one of the highlights of the facade, which has a square shape and is divided into three sections, the first built of rough stone, where the clock is located, the second section has four arches and on them are the bells and finally the third part with steeple head. 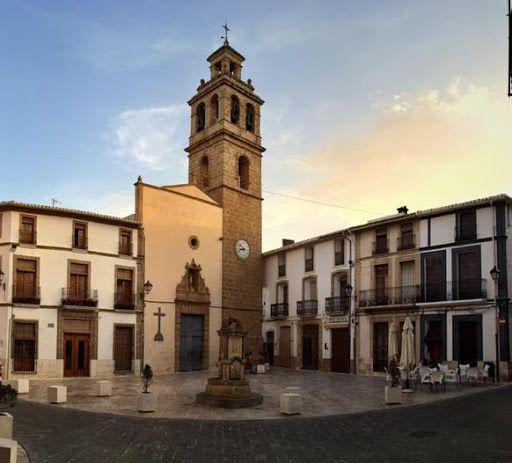 For three generations the manufacture and construction of guitars has held a national and international reputation for care and attention to detail. Here it is possible to see how craftsmen make them by hand.  There is also an exhibition in which appear various guitars made in different styles.

Artesan shops   The streets are dominated by antiques and craft shops, often the wares are displayed outside on the street making a picturesque sight and giving the town it's nick name of the 'bazaar' The Avenida de la Marins Alta and adjacent streets, house most of the craft shops. 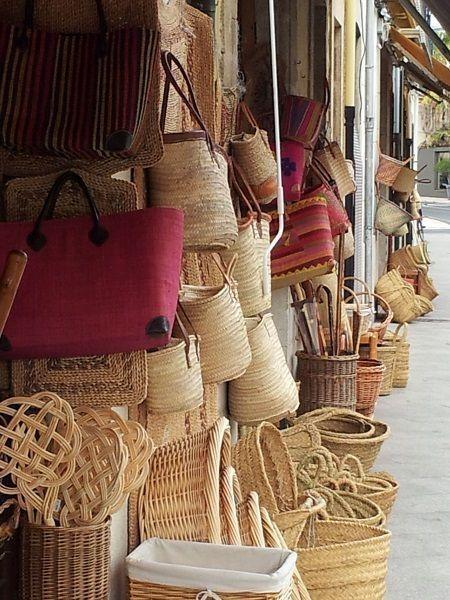 This is a simple church and the location for the celebrations in August. Dating from the 18th century, you can visit on Fridays from 9am and Sundays at 8pm 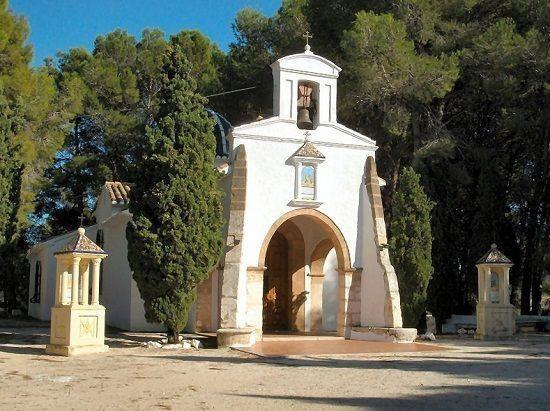 MATTIES BAGS is a company with a long family tradition founded in 1980, if you love bags, then a visit to Matties is a must.

Every Friday there is a market in the village from 08:00 to 14:00. All kinds of products are sold: clothes, shoes, lingerie, fruits, vegetables, flowers and plants etc. The market takes place at the Plaza Nueva, here.

Sunday-  the Rastro market is held in the poligono part of town which is easily accessed off the N332.

Along the path that leads to the place known as Font de la Mata, you reach an old ruined farmhouse, where the remains of a stone cistern built in the late 19th century by the family who own the house are preserved. At 11 meters long and 2.8 meters wide, it has two curved arches at each end. Nearby is the recreational area, where the fountain that gives it its name is located. It is a construction of Arab origin that has six dice-shaped stone steps to give access to collect water. In the same space there are also two large specimens of Mata (Pistacialentiscus). 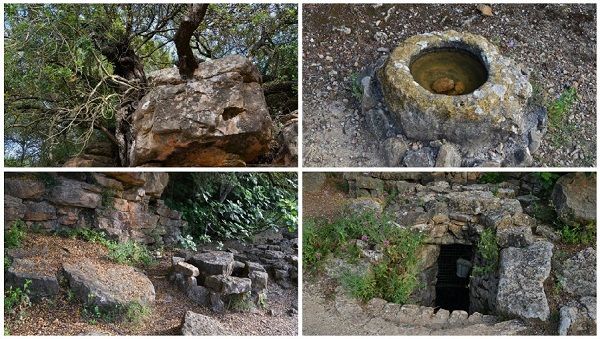 Here there are three cavities, between 10 and 20 meters high, of an intense red color (hence the name), located in the Canela ravine, next to the valley that forms the Gorgos river.

The panoramic views here  are extraordinarily beautiful, and up to 34 drawings of rock art have been found inside. They are part of the Rock Art of the Mediterranean Arch. Coat I of Les Coves Roges shows four groupings of engravings from different periods, while Coat II shows two panels, with six and five figures respectively. The engravings were made by making scrapings and incisions in the rock using some sharp stone. They were inhabited by those first human groups and also served as an occasional refuge for wild animals in the area.

This art collection is included in the inventory of rock art in Valencia and is part of the UNESCO world heritage. 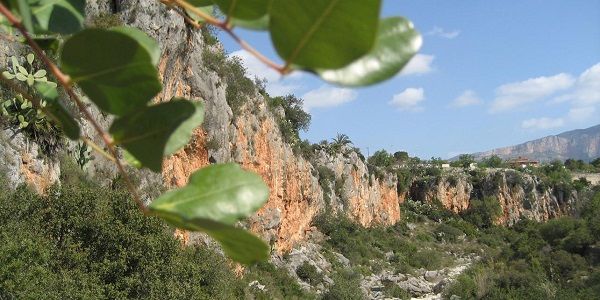 March 5th Burial of the Sardine

June 23-24, San Juan is celebrated with bonfires, in the Font del Riu neighborhood.

August the fiesta is to honour The Christ of the Calvary. Held between July 27 and August 6

At the end of September, the town comes alive during the fiesta of San Miguel, (Saint Michael). It is mainly an artisan fair that draws huge crowds. 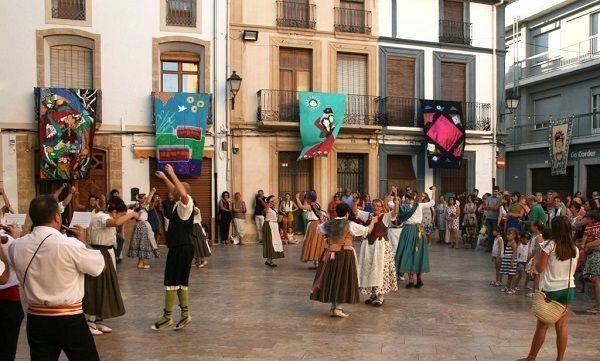 Getting to Gata from Benidorm

The main road runs through the middle of Gata de Gorgos and narrow streets lead off each side. Parking is limited and the main road is very busy in summer.

IDEAS OF OTHER PLACES TO VISIT IN THE SURROUNDING AREA