Guardamar del Segura is a coastal town and municipality in the province of Alicante, in the Valencian Community, it is located on the southeast coast of the province and is part of the Vega Baja del Segura region.

Guardamar is located at the mouth of the Segura river and that explains how Guardamar got its name as the Guardian of the Sea (In Spanish guarder is to guard and mar is sea).

Guardamar is well know for its miles of fabulous sandy beaches, pine forests and sand dunes, another famous landmark is the Castillo (castle) which sits to the west of the town.  The town itself is very Spanish.

Things to see in Guardamar.

At the mouth of the river you will find Guardamar’s marina, yacht club and dunes.  At the compact marina you will find fishing boats some larger yachts and small motor boats, this is where you will find the fish market ‘Llotja de Peix’ in Valencian.

Here you will find a wide range of water sports: sailing, windsurfing, water skiing, diving, canoeing and boating, as well as schools and courses in sailing, fishing competitions and regattas organised by the Yacht Club.

The town itself is very Spanish but it does have all year round services such as restaurants, bars, shops, banks, etc. Every Wednesday in the central streets of the town there is a market where many people come to buy products such as food, clothing and furniture, the market is very popular with the local residents and tourists. 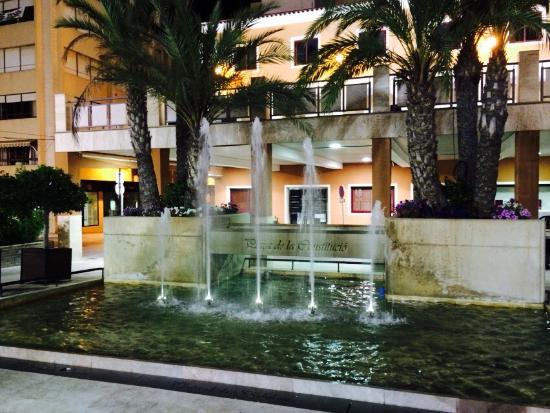 There is also a large sports center with paddle, tennis, football and a large heated swimming pool which is open all year. It also has a library where there is free wifi and computers for public use.

Guardamar del Segura has 16,000 inhabitants most of the year but during the months of July and August the population doubles. 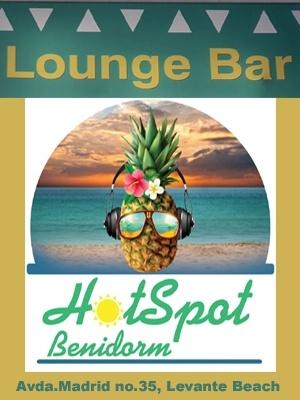 Guardamar Castle -  Guardamar was actually a walled village with a castle at the highest point, this area was inhabited from the 7th century BC. The village and castle were founded in 1271 as a royal town by Alfonso X of Castile,  Although there is not actually a lot left of the castle as in 1829 the area was hit by a severe earthquake and the castle and village were destroyed it was abandoned and the inhabitants moved to the lower lands next to the sea. Its still well worth a visit just to get the most beautiful panoramic views of the city the surrounding beaches, the orchards and the dunes.

Excavations have exposed important archaeological remains, including the collection of terracotta exvotes (offerings the ancients made to their gods. These offerings were deposited in shrines or places of worship and could consist of figurines representing people or animals, weapons, food).

Rábita Califal.  This is a unique military and religious fortress of Muslim origin it is the only monastic complex from the Omeya Andalusí period (10th-11th century) which is almost fully preserved, due to the fact that after it was abandoned in the middle of the 11th century, due to the civil war which the Caliphate underwent, the whole rábita remained buried and protected

It spent almost nine hundred years this way, hidden under the sand, until 1897, when during reforestation works a tablet was found with Arabic inscriptions. 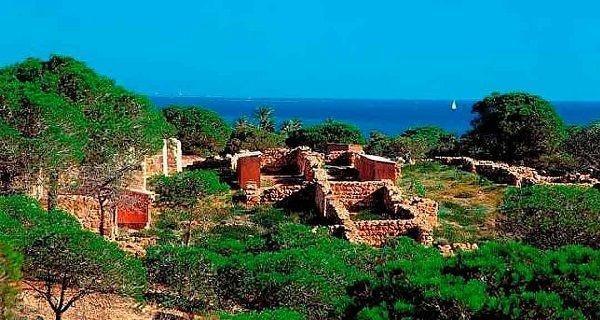 Mira Engineer House-Museum, also known as the Forest House, where the engineer who repopulated the Dunes of Guardamar was born so that they did not bury the village more than 100 years ago. Today his house has become a place worth visiting. In which you can see photographs, furniture and equipment related to the work of the repopulation of the dunes.

Archaeological Museum of Guardamar. Visiting this museum is like taking a trip through the history of the city. You will meet the first settlers, Roman, Islamic and Bajomedieval culture. In the museum you will find a section of archaeology and another of ethnology, however, you will discover the history of Guardamar!

The Pinade of Guardamar and the Dunes - The Dunes and Pine Forest of Guardamar del Segura are declared a Site of Community Interest (SCI). It is one of the most beautiful natural spots on the Costa Blanca. The dunes are formed from the sands contributed by the sea, forming several dunes that cover the entire district coastline, from north to south.

There are 800 hectares (2,000 acres) of Mediterranean forest planted on the dunes, which border 11 km of golden sandy beaches of the highest quality. 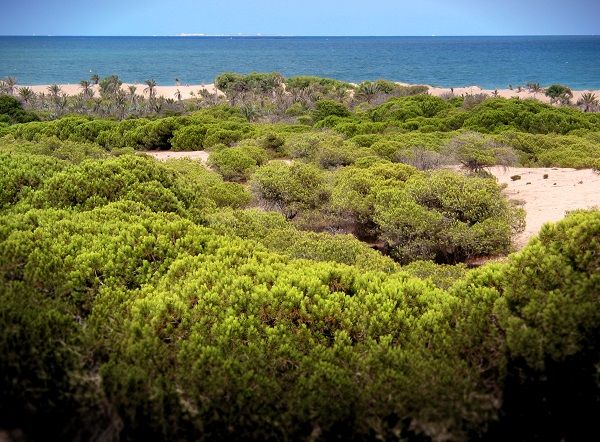 There has always been a dense pine forest in this area but in the 18th century vast areas were cut down to build warships and never replaced, this caused major problems, together with the erosive processes of the river over the unprotected basin there was a considerable increase in sediment, this was later redistributed along the coastline by the action of the sea but the easterly wind forced these sediments further inland causing more problems for the northern part of the village and the surrounding orchards.  The dunes advance at a rate of between 2 and 8 meters per year.

In 1897 the Guardamar Dunes Defence and Repopulation project was announced and were given the task of fixing the dunes, trees and reeds were planted and even today as the sands bury them new plants are introduced to stop the incoming sand from the sea advancing too far inland, there are more than 600,000 trees of different species such as pine, palm, cypresses and eucalyptus trees. planted over the space of four decades, these pine woods are a necessity to protect the entire coastline.

You can enjoy a circular stroll through the entire 6.2kms of dunes or take a short wander along some of the various wooden walkways leading you through the trees and colourful flowers, its also a popular spot for birdwatching.  There are plenty of parking spots to be found. 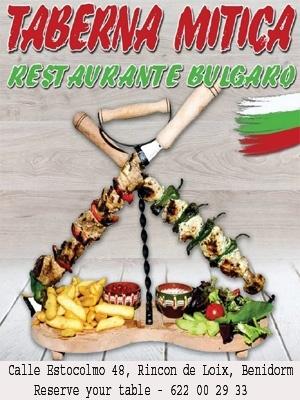 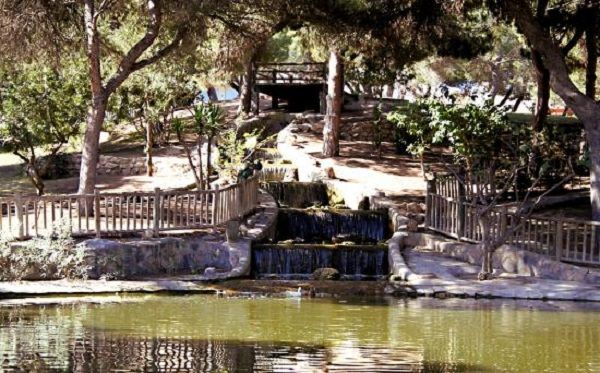 This fabulous park is great for relaxing, people watching or letting the children play, paths and bridges wind through the park over waterways and lakes.   There are plenty and picnic tables and chairs located at beauty spots throughout, but its the beautiful wildlife which is the main attraction and Reina Sofía park is naturally blessed with some of the Mediterranean’s most endearing creatures such as peacocks, red squirrels, ducks, turtles and other migrating and resident birds.

The park has a large playground providing plenty of entertainment for younger children, and an open-air theatre offers live performances throughout the year and during the summer months a funfair with rides and food stalls is open and from mid-June to mid-August.  There is plenty of parking alongside the Parks.

The welcome shade, local facilities, and the close proximity to the beach makes Reina Sofía park an enjoyable experience for all the family, whatever the time of year.

Tree Festival: Celebrated on January 31st.  One of the most outstanding celebrations in defense of the woodland in Spain

Holy Week. Easter:  The Passion of Christ is celebrated with solemn and heartfelt processions presided over by the imagery of the steps of the different brotherhoods and with stagings in the streets.

Planto de la Foguera, June 21st a monument of cardboard and wood where criticism is exposed to the local and world events of the year. The eve of San Juan takes place on the beach the

Moors and Christians:  celebrated in the last two weeks of July.

Patron saint festivities: They are celebrated on October 7th in commemoration of our Lady of the Rosary.

Guardamar Beaches - Guardamar del Segura has some of the best beaches on the Costa Blanca, with the dunes provide a natural backdrop for 11 kilometres of sandy beaches.

Tossals beach is an unspoiled Naturist Beach on the north bank of the Segura river, its find sand and the quality of the water and thick vegetation and natural sand dunes are the main attractions here, length 1,661m

Situated next to the Segura river to the north and Babilonia beach to the south, this beach has 2km of soft, fine sand and is an important dune area with historic, archaeological sites. 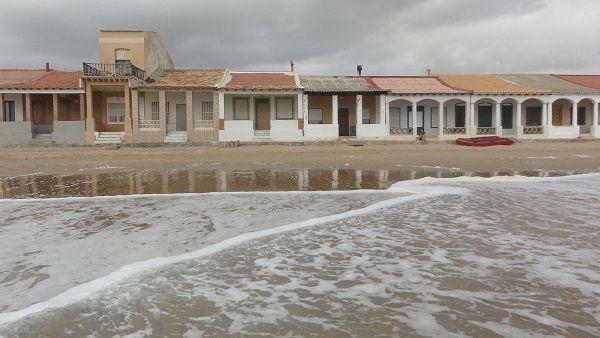 Situated between the central beach and Vivers is this interesting beach, also known as Babylon beach, the main attraction here is the houses of Babylon which are gorgeous beachfront villas decorated with tiles.

This is the beach nearest to the town centre and is a blue flag beach with fine sand and crystal clear waters.  The picturesque Renia Sofia park is situated near by.

Open spaces and small open dunes best describe this beach almost 1,5 km long. It has fine golden sands. It is a transition zone between the city’s urban development and the dunes to the south.  Length: 1,451 m

More than two kilometres of fine golden sands make this quiet natural beach a very special environment. Surrounded by a coastal countryside landscape there is a large area of dunes fixed with Mediterranean vegetation.

It is a part of the Guardamar Coastal Pinewoods with pines and other trees and species. There are no buildings here making this natural area even more pleasant and quiet.  Length: 2,021 m

Located on the edge of Guardamar district towards Torrevieja. It is a vast virgin beach of fine golden sands, with wide open spaces and an environment of dunes in an area where the Mediterranean delivers its best of intense blues.

Located next to the El Camp Beach, on the final stretch of the Guardamar Coastal Pinewoods. It is a wide strip of golden sands where you will be able to enjoy long walks.

By Car - Guardamar del Segura is located on the Costa Blanca south of the Valencian Community, 25 km south of Alicante International Airport by the N-332 road.

Trains - The nearest train connection is the Alicante-Elche-Orihuela-Murcia line. Alicante Train Station is located in the city center, close to the bus station, with a regular bus service to Guardamar.

Bus - Guardamar Bus Station is just a 4-minute walk from the city center. The station has a cafeteria service, kiosk, fast food and waiting room.

A taxi stop and city bus stop are available at the station.

Guardamar is very well connected to the main cities of the area, both the coast and the interior. From the bus station you can travel with the following companies: