Fake news on social media is a crime in Spain

The chief prosecutor in Spain has made a statement in the press aimed at the creators of the multitude of fake news or hoaxes that are covering social media art the moment.
He reminded them that the creation of fake news that causes alarm or distress, or for financial benefit carries jail terms of up to 5 years.

As reported in lasprovincias and elsewhere in the Spanish press.

The Technical Secretariat of the Prosecutor's Office indicates that the health crisis has caused the breeding ground for attacks with false news, which respond to hate crimes, the revelation of secrets, against moral integrity, public disorders , insults and slander, against public health or against consumers.

The dissemination of hoaxes on social networks can carry up to five years in prison, according to the State Attorney General's Office, which has been exposed to false news this Friday to announce that it studies the criminal types where such crimes can be embedded. 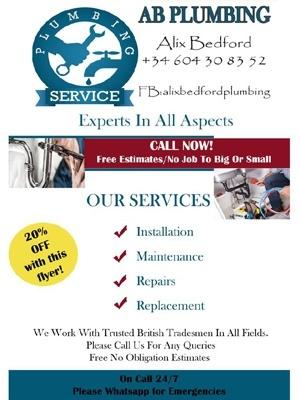 This criterion suggests that posting or retweeting messages on Twitter whose content relates "falsely criminal acts to a certain social group" will be prosecuted as a hate crime, a criterion that gives as an example the complaints filed by the Barcelona Prosecutor's Office on minors unaccompanied foreigners. "From the content of the tweets it can be inferred the will of its authors to undermine the dignity and generate discredit of certain groups," indicates the Public Ministry, which carries penalties of six months to two years in prison and  fines.

The Penal Code would be equally applicable, argues the Prosecutor's Office, if the false information included authentic personal data, a case that can lead to a crime of discovery and disclosure of secrets, punishable by a sentence of two to five years in prison.

The hoaxes against an individual person "in cases of very extreme gravity" could constitute a crime against moral integrity , from six months to two years in prison. The report warns that the simulation of alarms, terrorist attacks or catastrophes that trigger the activation of emergency services could be constitutive of public disorders, with penalties of three months to one year in prison or fines of three to two and a half years.

"The action of these types includes verbs such as 'manufacture, import, export, supply, intermediate, market', so that it is not easy to obtain sentences for those who simply make them known by attributing false properties to them," he explains.

During the coronavirus crisis, the Office of the Prosecutor has detected "scams consisting of raising money to cure coronavirus disease or establishing links to false diagnoses of coronavirus to obtain personal data." Conducts that with the Penal Code in hand would affect crimes against the market and consumers, with similar penalties.

For the Prosecutor's Office, as stated in the letter, "false news currently floods Internet pages and social networks , potentially generating confusion and even altering citizens' perception of reality" to benefit the vulnerable situation.

BE CAREFUL WHAT YOU WRITE ON SOCIAL MEDIA