All about La Nucia

All about La Nucia

La Nucia is a municipality of the Marina Baixa (21km2),  Alicante, in the Valencian Community.  It borders the municipalities of Altea, Callosa d'En Sarrià, Benidorm which is only 10km away, Polop and L'Alfàs del Pi.

The name derives from the Arabic word Naziha ("delicious"). It was given by king James I of Aragon to Beltran de Bellpuig. At the beginning of the seventeenth century. La Nucia became an independent municipality in 1705, after splitting from the barony of Polop.

La Nucia overlooks fields of fruits and vegetables and has become a popular place for expats to live as it is so close to the coast. Popular urbanizations in La Nucia include: Barronco Hondo, Colloma, Bello Horizonte and El Tossal.

La Nucia is very much a small town and so accommodation is limited. If you can’t find a room in La Nucia try looking at Altea or of course hotels in Benidorm. 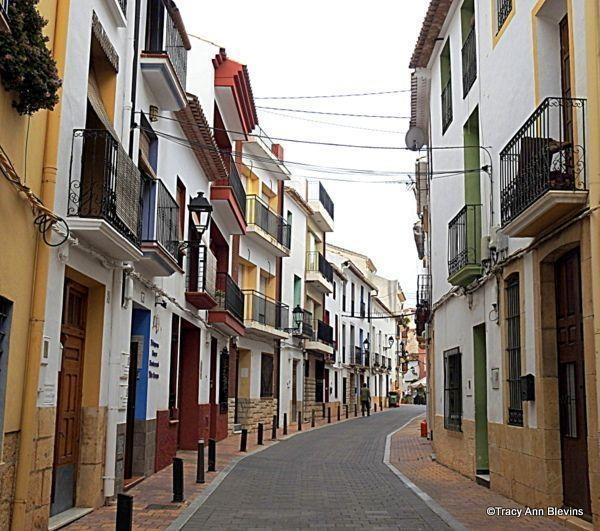 In the town you find different architectural styles, in the old town area there are picturesque Gothic buildings; the old Hermitage of San Vicente Ferrer, the Purísima Concepción Parish; the magnificent Library Building.

Wander around the old quarters, where you will find well-kept traditional townhouses adorned with colourful potted plants. 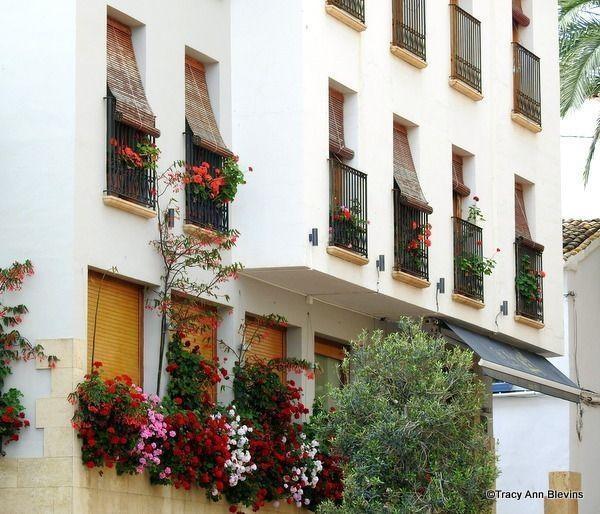 Visit the the main town square (Plaza Mayor) where you will find the 18th century Immaculate Conception Church and the Town Hall  which is a beautifully restored historical building, in the Plaza Mayor you will also find typical terrace cafés where you can enjoy a cool drink and tapas in the summer and hot chocolate with ‘churros’ in winter! 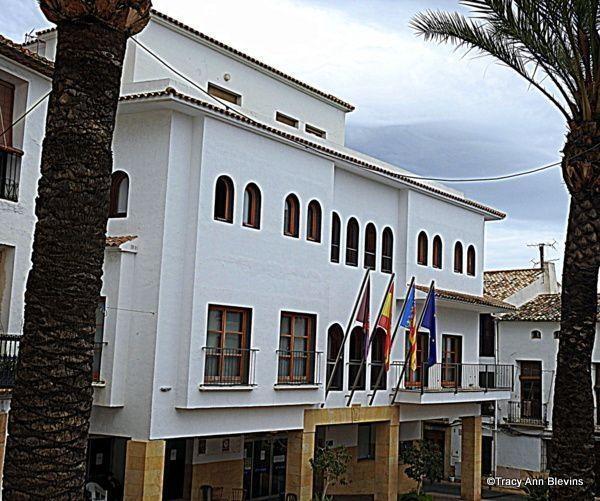 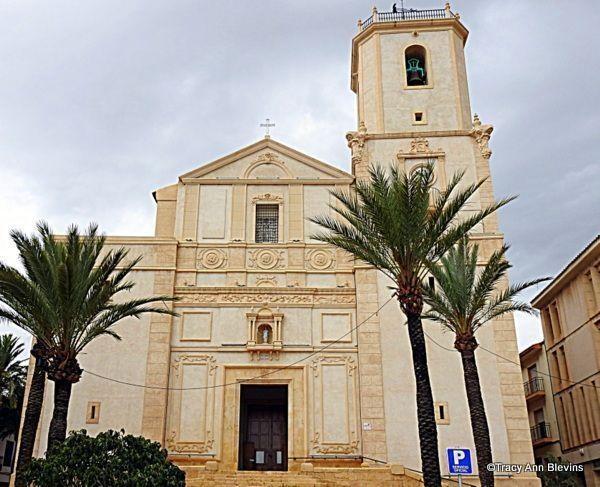 In the main street, there are supermarkets, shops, bars and restaurants.

It is also worth visiting: the Avenida Portilla viewpoint, the Plaza de los Musicos. 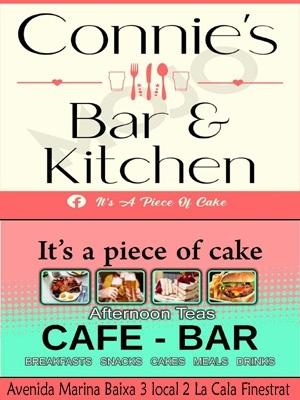 General market - Every Monday in the Plaça-Auditori de Les Nits, Opposite the auditorium in the town hall square 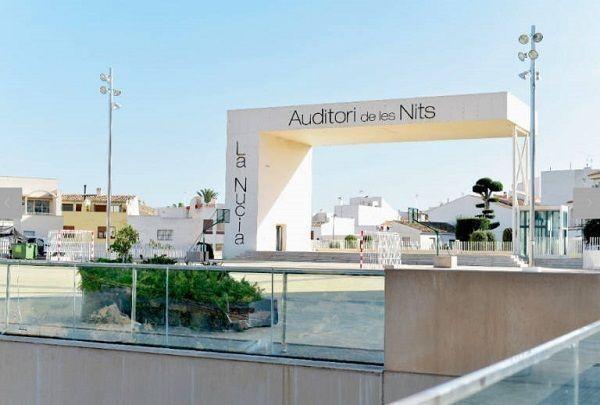 Located on the CV-760 (road to Altea) the Font de la Favara is a lovely green park surrounded by lush greenery and tall trees for shade. The prime attraction of the park is its waterfall.  The pool of water formed due to the waterfall is crystal clear and shallow enough to enjoy a dip (if permitted as signs have recently been put up asking people not to go into the pool) 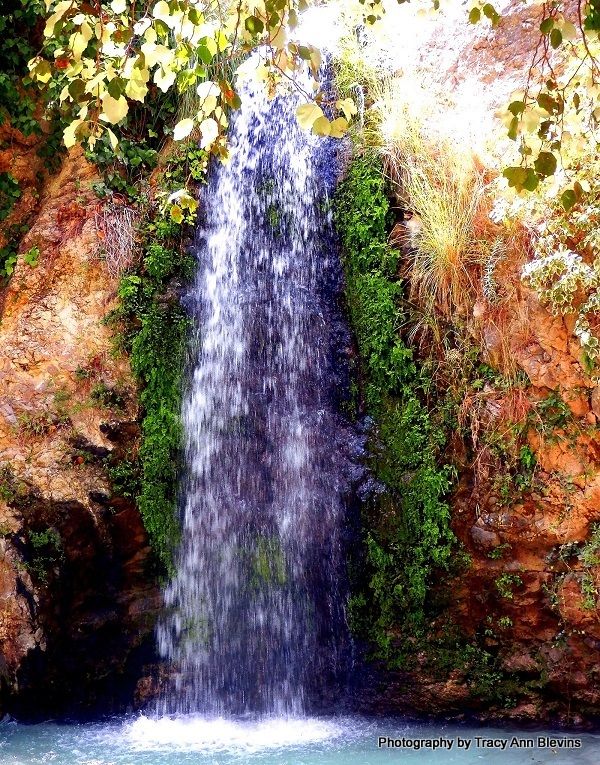 Other features of the park include picnic benches under tree canopies, children´s play area, cafe which serves a lovely menu del dia, and toilets. There are also paved tracks for a good walk around the park itself. There are limited parking spaces at the waterfall.

The story behind the font

If you are lovers of magic and the legends of gods, princesses and witches ,in the book Rice Planters by José Amador Asín, we find the story of La Favara that tells us that, in the days of the Celts, Roxana daughter of the governor of La Nucía, was promised in marriage (actually in sacrifice) to the God Kent by a priestess. She was in love with Aituna Ochoa and terrified of her imminent death, rejected the marriage and fled to a ravine in Onosca (La Nucia). Such was the anger of the priestess with the princess, that she cast a terrible spell and poor Roxana was instantly turned into stone and her eyes were two springs of water. From that day on, the princess’s tears flow without comfort. It is said that those who drink the water from the waterfall fall madly in love with Roxana and that, in the sound of the falling water, her cries can be heard.

The tears of the poor girl have left us a 5-meter-high waterfall that has been flowing for about three centuries (and they say that there are no eternal loves). The first written reference to the source is found in a document from 1748 and has always been a meeting place for neighbors since, in addition to being a point of collecting drinking water it also housed one of the two municipal laundry rooms.

From 1913, the current image begins to appear little by little with the planting of some trees that we can still enjoy today. Around these centenary trees, all the elements that form La Favara Park have been added, especially in the last 40 years and in several phases: a picnic area with tables and benches, a playground, a small rustic bar, a historical panel that was installed in 2004 and a stone that reproduces the legend of Roxana. The adjoining gardens are also enjoyed by those who like natural spaces.

Below the town, the pretty blue and white painted San Vicente Ferrer chapel is located beside pine woods. This is Tossal del Captivador neighbourhood, an area of protected Mediterranean pine woods crossed by trails and nature walks. Visit the Captivador visitors centre to learn about the history of local life and agricultural traditions through the ages. 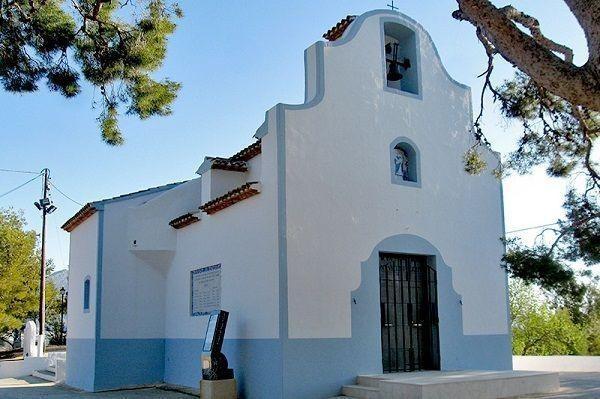 More than 30 different types of materials are processed and given a new life here.  Open Monday to Friday from 09 pm to 18 pm and Saturdays from 09 pm to 14 pm (Sundays and holidays closed).

A popular 3 day event generally held in early July, there are craft stalls selling lots of handmade items, stilt walkers, jugglers and minstrels as well as medieval table games and a merry-go-round.  The fair is held in the narrow streets by the town hall and church. 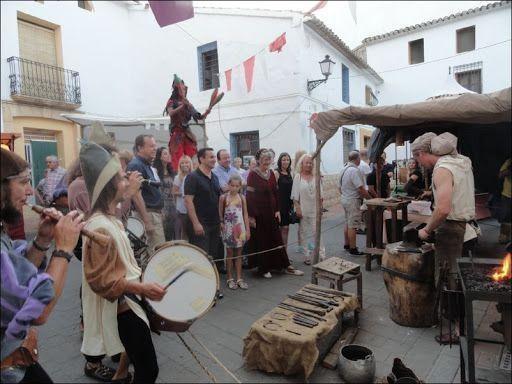 The festivity of San Vicente is celebrated on the Monday following Easter Monday in the natural setting of El Cautivador, where the hermitage in honor of this saint is located, in an old farmhouse between Altea and La Nucía. The party in recent years has been extended to the entire weekend, starting on Friday and ending on Monday. During these four days there are activities of all kinds from regional dances and performances by Valencian folk groups, to foot races, barbecues or concerts.

Virgen de la Asunción and San Roque August Party -The town's biggest festivals are those celebrated in honor of the Virgen de la Asunción and San Roque from August 14th to 18th. There are awakenings, parades, flower offerings, concerts, costume parade and mascletaes.  One of the attractions for tourists and visitors to "les festes d´Agost" in La Nucía is its concerts and festivals by orchestras that take place every night at Plaça Major . They are open-air musical performances, totally free 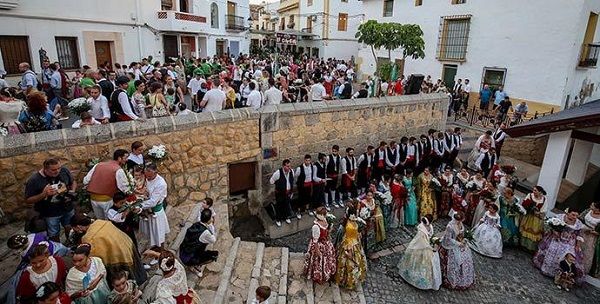 Pobla Charter - On July 9, 1705, through the document of the Pobla Charter, La Nucía was made  a town and achieved his independence with respect to the Barony of Polop, For the last few years the City Council has celebrated this anniversary with different events.

The most popular Oktoberfest in our area since 1987 has been held in Calpe but from this year it will be moving location to La Nucia Sports Centre, which is great news for everyone in Benidorm and nearby and the Oktoberfest is expected to be a great tourist promotion for La Nucía itself.

Feast of of San Rafael - The patron saint festivals are those of San Rafael, the third weekend of November, this is a religious festivals, which commemorate the segregation and independence of the municipality.

Perfect if you are looking for a day of nature, fun with family or friends, lots of different activity, exciting and all respectful with the environment at the same time with different circuits in the trees: more than 70 games that include nets, bridges and zip lines up to 300m in length. Circuits are adapted depending upon age, size and ability. 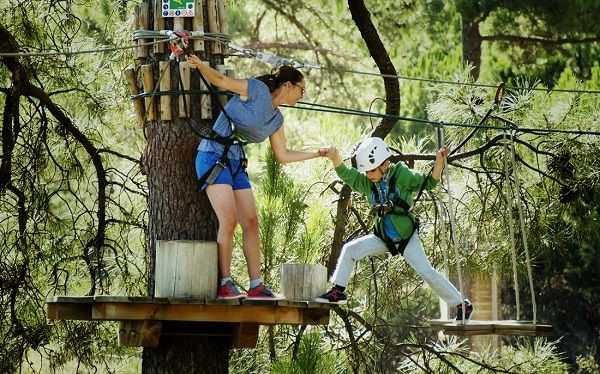 In 2019 this was declared the “Sports Capital of the Costa Blanca” and given the International Sports Tourism Award. The La Nucía Ciudad Deportiva Camilo Cano, an large sports centre with a wide range of facilities has already hosted numerous national and international sports competitions and events.

The green route, between the Camilo Cano Sports City, El CEM el Captivador, El Tossal del Calvari and El Casco Urbano consists of four itineraries with a total of 20.5km. All the circular routes have been designed to enjoy nature in a privileged environment.

Getting to La Nucia from Benidorm 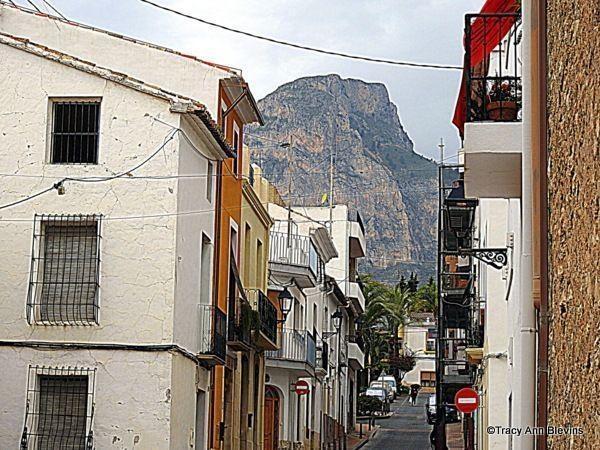 FIND LOTS OF INFORMATION ON OTHER PLACES TO VISIT HERE