All About the Village of POLOP 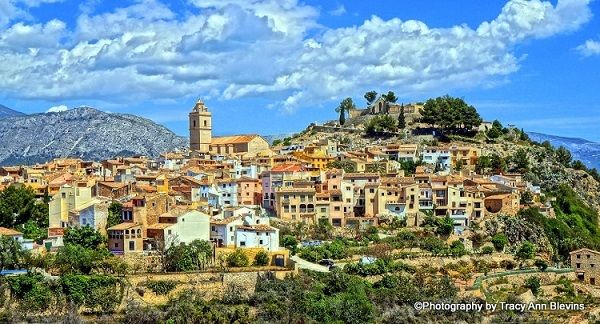 25th November 2020, Good news for Polop Castle. This is now being repaired and once work is completed will be musealized, similar to other local places such as Tossal de la Cala and the Benidorm viewing point, EL MIRADOR de la Punta del Canfali On a clear day you can see right to Albir and Altea on the coast and inland to Callosa and the Sierra Bernia. You'll be able to make out the Leon Dormido (mont Ponoch Mount Ponoig 1,180.) - the sleeping lion mountain which sits behind Polop. 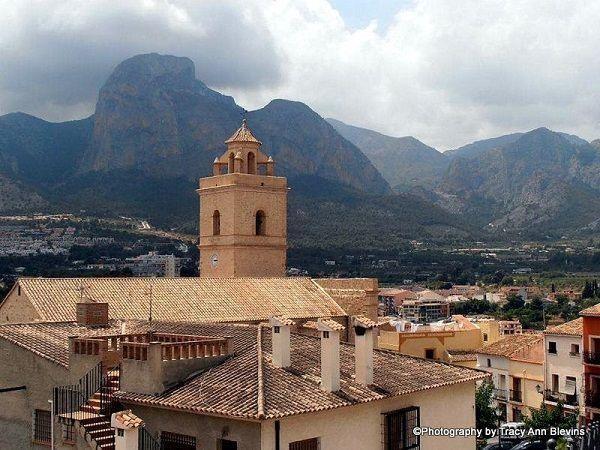 Take a wander round the narrow streets of the town centre. The streets of Polop are typical like many of the villages in Alicante. Many of them are single-family houses with typical mountain architecture. Because of this they have large wooden doors and wrought iron balconies, you will see the residents with their chairs outside in the streets talking to neighbours.

The San Pedro church halfway up the hill is a focal point in the village. This church has been restored but there is a story that states that it did not have a roof in the sixteenth century. And that masses had to be celebrated in the castle....

if you visit on a Wednesday there is a small street market in the morning.

Also worth visiting is the museum of Gabriel Miro who was a famous writer and poet who lived in Polop in the early 1900’s.  His house has been turned into a fantastic museum and entry is free. 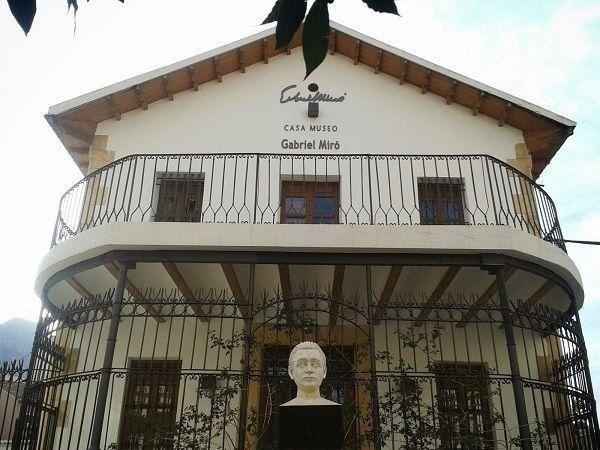 The city council acquired the museum dedicated to Gabriel Miró in 2011. It is located on the Plaza de los Chorros. The great and unrepeatable writer, Gabriel Miró stayed for long periods of times in Polop and liked to walk. These walks inspired him to write one of the famous works of universal literature, Años y Leguas (Years and Leagues). The Museum is really worth a visit, and it is completely FREE. Objects that were important in his life decorate it. In addition, the same building houses the tourism office, so it is ideal to stop to ask for information and grab a map.

The main town square is famous for its natural “Fonts” El Fuente de los chorros and has over 200 individual outlets that draw people from far and wide for its waters, you will still see locals fill bottles of fresh water for use at home. 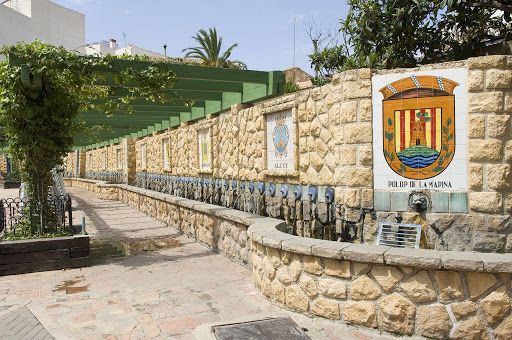 Costa Magic museum which houses the works of Antonio Marco, who has created scenes of the Valencian community in miniature.  You can see the Cathedral of Valencia, the mirador of Benidorm to name just 2 of the fantastic scenes he has created in miniature.  Antonio Marco is famous for creating the Belen and dolls house museum in Guadalest and the works that he has displayed in the Costa Magic Museum are totally different and dedicated to the Valencian community, architecture, agriculture and transportation and it is definitely worth a visit.  Usual cost to enter the museum is around 6€ 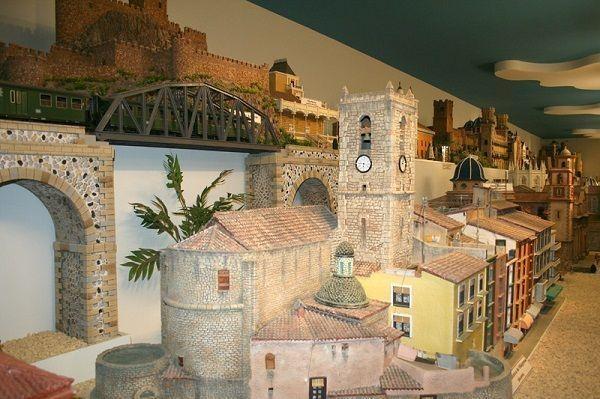 Other places to see

The square of the sculptor Ginés
The Plaza de la Ermita de San Roque for beautiful views of the town.
The avenue of Emilio Sagi-Barba, the old royal access road to Polop.
Casa del Pósito
The Chapel of the Aurora, Church of San Pedro
Leisure area - L’Hort de Baldó with its lookout house which served as a sentinel point of the Canal gully as it passed between the towns of Polop and La Nucia this is now a recreation area with children´s playground and picnic area 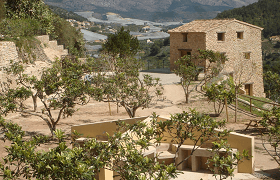 Parc Pont - The natural area "El Pont", in the old riverbed, has picnic areas, leisure areas for the little ones and a natural steam that runs through the area.

A BRIEF HISTORY OF POLOP

The history of Polop dates back to the Iberian culture. The castle present at top of the hill of this city established it as a strong military enclave in the history. The castle of Polop was ruled by Sheikh Abderrahman Alastami Mahomet during 1928. It was then occupied by El Cid in 1090. From then till date, Polop was conquered many times by various emperors such as Arabs Polop, Alazrach, Abenhafar Hamez and so on. The history of Polop is quite long and witnessed numerous battles.

Hardly anything remains of the ancient castle of the twelfth century. Originally from Muslim origin, it was built on the remains of an Iberian fort before the Romans conquested it. After it was dismantled in the civil war, the site was changed into a cemetery. 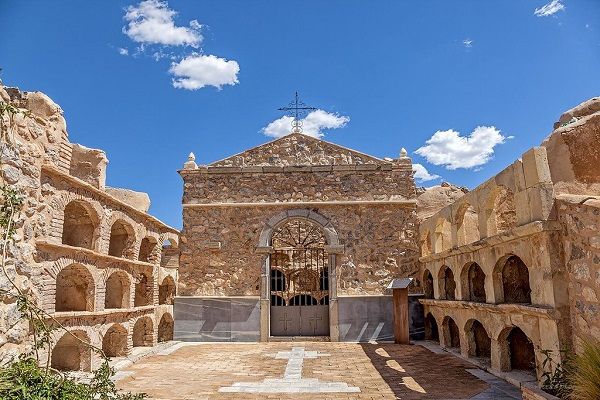 Cid Campeador (El Cid), whose real name was Rodrigo Diaz Vivar, the famous military leader in the 11th century Spain, was apparently in the area where he learnt that there was a cave full of treasures belonging to al-Mundzir, the emir of Denia. El Cid sieged the castle and when it surrendered after a few days, removed all the treasure. “The Cave of Cid” can be found just under the ruins of the castle.

Until the 16th century, the population of Polop and its surroundings were mostly Moorish, but in the village of Polop one of the most tragic events in the history of moors took place.

The events started with a revolt in the Kingdom of Valencia and Mallorca by the artisan guilds (Germanías or Brotherhoods) during the rule of King Charles V. It was an anti-monarchist, anti-feudal movement and the rebels were also hostile towards the local Muslim population.

The Muslims from Polop and the surrounding villages locked themselves in the castle in the hopes of finding shelter. The rebels lured them out promising to spare their lives if they were baptized into Christianity, around 800 moors agreed to convert, however soon after their agreed baptism, they were all beheaded. The rebellion was soon crushed, and its leaders executed. The whole area was depopulated, and it took decades until life come back to the area.

As with every town there are various fiestas held during the year, The Porrat de Polop de la Marina festival is held in mid-August and is probably the most popular in the town. This fiesta generally includes a traditional Humor Parade in which local clubs take to the streets in disguise, eager to party, a solemn mass and the Floral Offering to the Virgin of the Assumption a solemn mass and Pilgrimage of San Roque and on the last day, children's activities are organized, and a mass is also celebrated for the deceased of Polop and the farewell of the music bands to end.

How to get to Polop

Find information on other surrounding towns and villages here