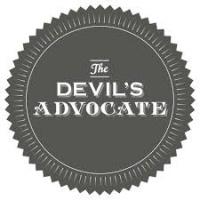 Join
Timeline
About
Members
Audio
Events
Marketplace
Polls
Details
PLEASE NOTE: THIS GROUP IS INTENDED TO BE BOTH INFORMATIVE AND FUN:  IF YOU ARE UNABLE TO EXPRESS YOUR OPINIONS WITHOUT ...

PLEASE NOTE: THIS GROUP IS INTENDED TO BE BOTH INFORMATIVE AND FUN:  IF YOU ARE UNABLE TO EXPRESS YOUR OPINIONS WITHOUT RESORTING TO INSULTS AND STRONG LANGUAGE THEN THIS GROUP IS NOT FOR YOU:  PLEASE DO NOT JOIN

We initially invite members to suggest topics that are often controversial in nature.  Due to limited topics, these are not restricted to Benidorm, although we especially invite ideas that are Benidorm related on a regular basis.  Subjects such as conspiracy theories can be great topics.  We would prefer to stay away from subjects which other members hold close to their hearts or may feel uncomfortable discussing such as religion and similar topics. The topics discussed may also be purely for fun.  (For example: If laughter is the best medicine.  Is a comedian of more value to the world than a chemist)

Having agreed on a subject we put the subject to an initial vote to the Group to see if there is sufficient diversity of opinion before opening the topic for debate.

Debates then take place in one of three formats.

This is when the votes suggest there is roughly an even split in opinions.  In this case everyone is invited to join the discussion.  We ask that all members join the discussion with an open mind.  It is fun to try to convince others that your opinion is right.  It is also fun to be prepared to concede to someone else's opinion when they argue a point you never thought of before.  At the end of an pre agreed time span we have a closing vote and see if one side was able to sway the other.

This form of debate takes place when the initial vote suggests there are only a small number of people with a strong opinion on the subject (we need a minimum of two opposing views).  Most other members are undecided.  In this case the members concerned partake in head to head discussions. (A bit like the presidential debates in America).   Other members simply observe and wait to be convinced.  Their role is primarily restricted to asking questions of the members in contest.  The observers are in effect the Jury that will decide who is right and who is wrong.  A closing poll will decide who won the debate.

This form of debate takes place when there is an opinion held held by a very small minority.  Perhaps on occasions only one person.  That person or persons is then challenged to play the Devils Advocate.  The idea is to hold your own against an entire group opposed to your opinion.  Note it can be great fun to attempt to play the Devils advocate even on a subject you do not actually believe in.

Everyone welcome, but remember, we will not tolerate inappropriate behaviour.  You will be removed.

View All
Link copied to your clipboard
Filter Timeline:
Pinned Items
Recent Activities
There are no activities here yet
You need to login to read the rest of the stream items.
Login or Register Now
Unable to load tooltip content.