Some call it Peacock Island, others Benidorm Rock and the locals refer to it as simply L’illa (the island). But whatever you call it the fact remains it's one of the most easily recognized symbols of Benidorm and if you’ve never made the journey across the bay to explore it, then you really should, because it’s a great day out.

Enjoy the amazing views of the Benidorm skyline from the Mediterranean and framed by the towering Puig Campana Mountain (the one with the hole in the top) is simply stunning – in fact the whole trip is worth it just for that view. 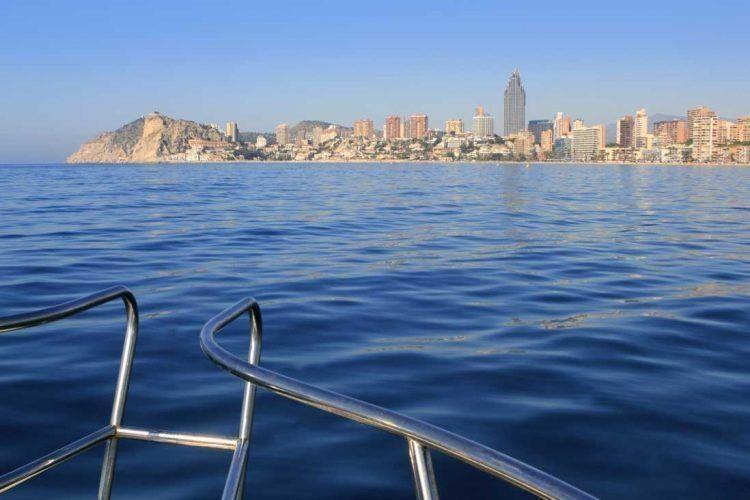 When you get to the island you can spend as little or as long as you want just check with a crew member the time of the last boat back before you disembark.  why not make a day of it and take a picnic. The island is a protected national park, so flora and fauna abound - wander the path to the summit for a great view of the coast right up to Alicante, then find a comfy patch of rock or undergrowth to enjoy your picnic, with just the fresh sea air and the gulls for company Also included in the price of your crossing is an ‘underwater’ experience. Known as the Aquascope it looks like a yellow submarine but don’t panic – it doesn’t really go underwater. Instead, passengers climb aboard and down into to bowels of the vessel, which is glass lined, allowing you to see the marine life swimming free in its natural habitat – it's absolutely amazing and the kids will love it. 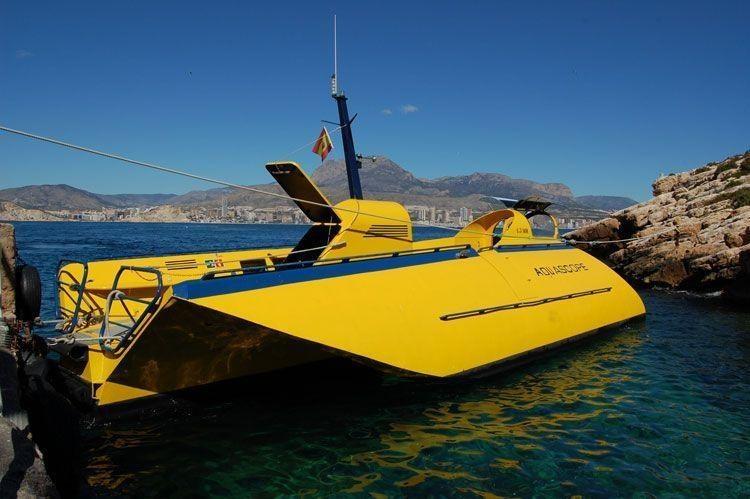 So for an interesting change of scenery get yourself to the port and on that boat to Benidorm Island.  If you’re wary about feeling seasick, don’t be. The powerful vessel cuts through the calm Mediterranean Sea easily, you won’t feel a thing. There’s a cozy interior if the sea air feels chill, or an open top – rather like a double decker bus - and the views from that top deck are spectacular.

Legends say that the island is the missing part from the Puig Campana Mountain, but tests were done in 1987, and it was found that the rocks at the core of the Puig Campana are Late Jurassic in age whereas Benidorm Island is made of limestones and are Early Cretaceous (Albian), making the island around 5 million years younger than the mountain.  The true origin of the island has to do with the Sierra Helada mountains, which it was once connected to many, many years ago.

Departures every hour after 10:00 hours. PRICES: € 15 Adults € 12 Children (2 - 10) The journey time takes around 20 minutes each way.  Boats depart from the port and from the boarding platform in the Rincon de Loix (during the summer months), ALL boats are dependent upon good weather conditions

Book your trip to Benidorm Island with Round Town Travel The boat travels along the coastline, taking in views of the Sierra Helada mountains and the bays of Albir and Altea and their villages, docking in the Peñon de Ifach port in Calpe.

Book your mini cruise to Calpe with Round Town Travel 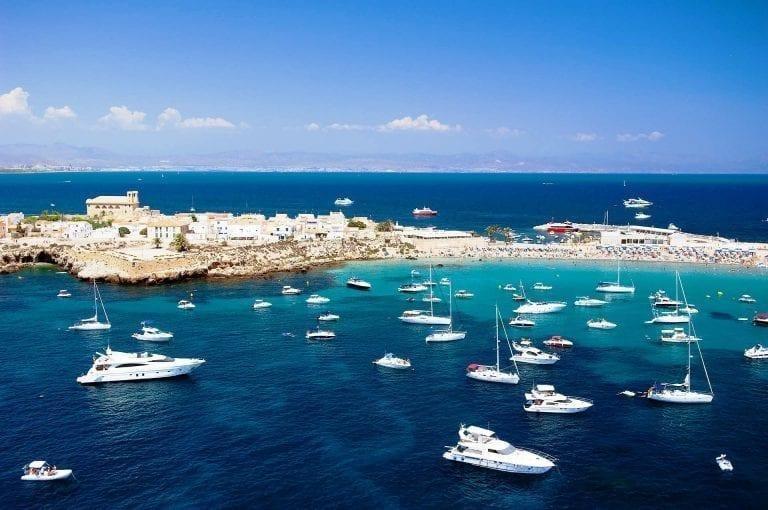 The tiny island of Tabarca is one of the top tourist destinations within the Costa Blanca. A visit here is just like stepping back in time, although it can feel quite crowded during the height of summer as over 4,000 people visit it daily! In 1986 the island and its surrounding waters were declared a protected marina and bird reserve.

Once on the Island you can explore!! There is the old square at the heart of Tabarca, the church and graveyard, the museum, the ruined walls of the fort, the lighthouse, the beaches and coves, the paths that crisscross the island, an abundance of bars and restaurants as well as souvenir shops. If that isn't enough there is the crystal, clear waters for some top-class snorkelling!

The boat travels along the coastline, taking in views of Villajoyosa, Campello.

Departing Benidorm at 10am. Journey time from Benidorm to Tabarca is 1 hour and 15 minutes each way.

Book your boat trip to Tabarca and Alicante with Round Town Travel.

HOW TO GET TO BENIDORM PORT? - Paseo de Colon, Benidorm Alicante, Spain.
Jump in a taxi to the port (ask for ‘el puerto’) or if you’re on the Levante side of town catch bus number 1, 4 or 10 to the end of the Avda Mediterraneo, walk along the Walking Street in the Old Town which comes out right by the port then right to the end of the pier and that’s where you catch the boats.