Dolphins and Whales on the Costa Blanca

Dolphins and Whales on the Costa Blanca

Dolphins and Whales on the Costa Blanca - The most recommended place to spot dolphins and whales in the Comunitat Valenciana is, Cabo de San Antonio, which is located between Jávea and Dénia. Each year sightings of bottlenose dolphins and fin whales increase; There are also regular sightings in and around the Sierra Gelada/helada Natural Park area.

The Bottlenose dolphin is one of the most common dolphin species. They measure between 1 and 4 meters, weigh from 100 to 300 kg and can swim at about 35 km/h. They are intelligent and sociable animals, who travel in groups. 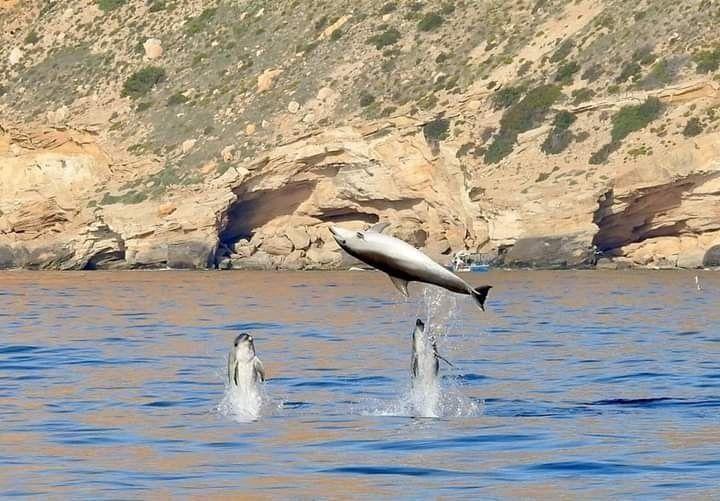 Photo taken 5th May 2020 from the Sierra Helada

Like the name “bottlenose” suggests, this species of dolphin has a short, stubby beak. Its sleek, conical body varies in color from a light to slate grey on the upper body to a pale to pinkish grey on the bottom part.  They are very social animals and generally swim in groups (called pods) of 10-25. Offshore, they have been seen in larger groups of several hundred. These large groups are called herds. Like all dolphins they like to play within their groups, they love to surf on waves near shore and ride waves caused by boats. 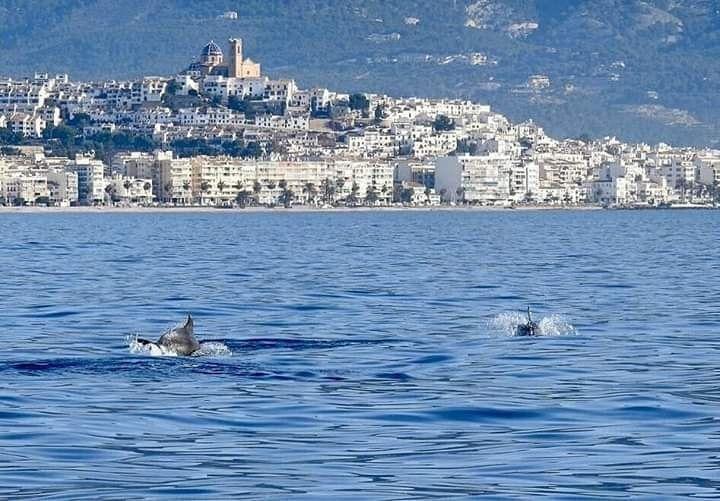 We also get fin whales also known as the common rorqual whale in the area, these are the second largest species of whale in the world and can measure up to 24 meters and weigh more than 80 tons, these usually swim in deep waters about 20 miles out but are also being seen closer to shore in the Denia area, where sometimes they can be spotted from the mainland.

The finback whale feeds on krill, small fish and crustaceans, by opening its jaw and swallowing with it a colossal 70m3 of water, and can eat as much as 1,800kg per day. The common rorqual is currently classified as an endangered species. 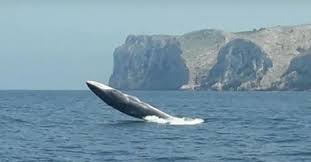 There have also been recent sightings of both dolphins and fin whales around the Island of Tabarca and in the Torrevieja area.

It wonderful to see these incredible animals swimming in their natural habitat.

The best time to spot them is during the migration season (spring and summer months), when they swim from the Ligurian coasts to the Strait of Gibraltar and the Atlantic Ocean.