Costa Blanca Castles to Visit - The Vinalopo Castle Route.  Castles hold a great fascination for many of us it may well be an interest in history, architecture, the fantastic views or just the romance of battles fought, won and lost.  Whatever your interest the Vinalopo castle route is a fantastic trip into the past with some amazing scenery along the way.

The Vinalopo Castle route in the province of Alicante in the district of Vinalopó tells the story of the old battles that took place with buildings whose history date back to the time of El Cid Campeador, the famous medieval knight (11th century), and the battles on the border between the Moors and Christians.

There is a constellation of 230 historic constructions that dot the Costa Blanca including castles, watchtowers, bastions, batteries, defence towers and lookout points, forts and bunkers, walled palaces and even a church in Javia/Xàbia designed to repel non-believers. 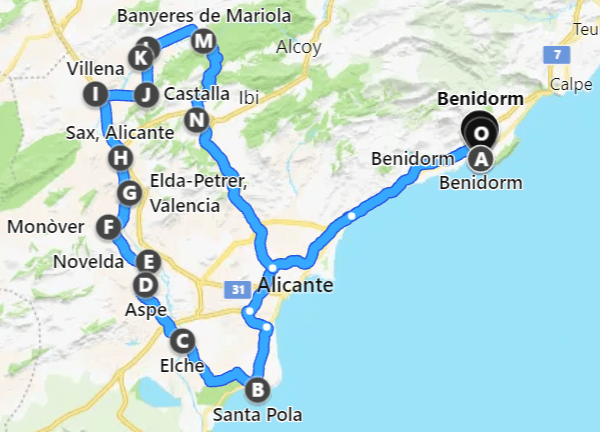 The castle/fortress can be found n the centre of Santa Pola, on Plaza de la Glorieta.  This was built in the 16th century its main purpose was to protect local seamen against pirate attacks. Entrance is via an access gate that leads up to a large patio called Patio de Armas. 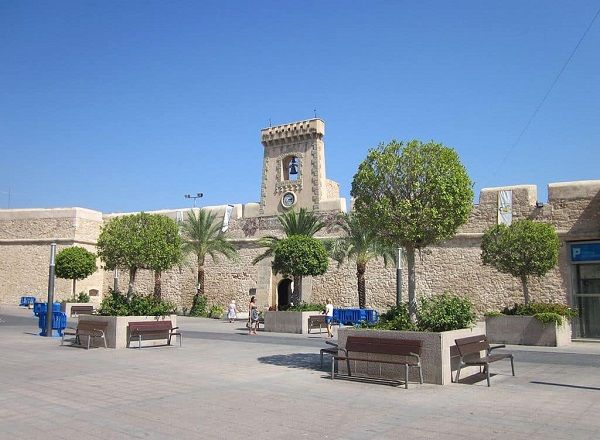 Over the years the castle has had various uses including being a hospital, the court, and Gardia Civil headquarters.  It is now a chapel, exhibition hall and home of the maritime museum which is a good place to learn more about the local history. 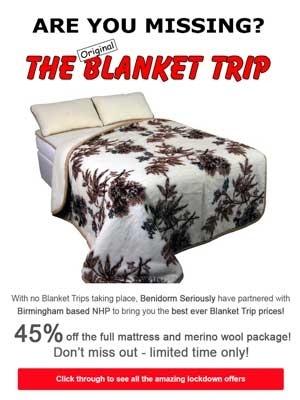 Also worth visiting are the Torre Escaletes, Torre Tamarit and Torre Atalayola.

This is situated next to the Vinalopó riverbed, to the north west of ancient walled city, it is now fully restored and is part of the Archaeological and History Museum of Elche and houses sections dedicated to the Andalusian and contemporary eras of Elche. 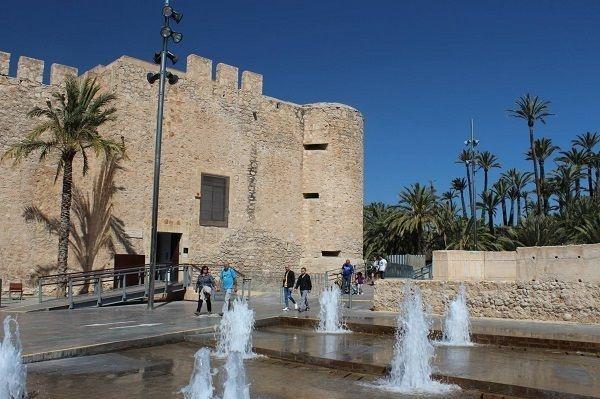 The palace was built at the end of the fifteenth century but it is thought to be built on an earlier building dating from the 12th or 13th century, which would have been part of the defenses of the walled village.

In April 1939, after the end of the Civil War, Franco's troops used the building as a concentration camp for Republican prisoners. 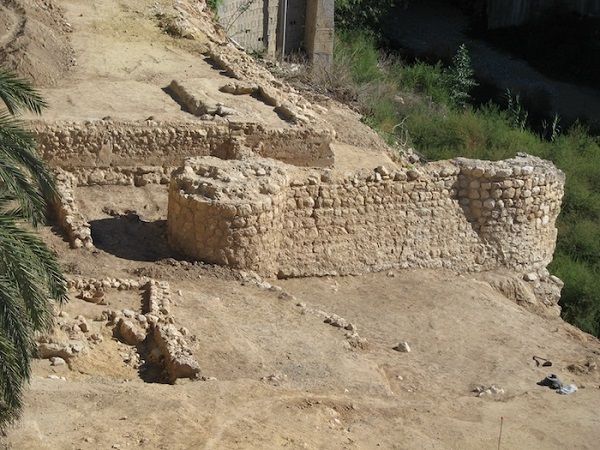 The Castle of Aljau is a medieval fortification from the second half of the fourteenth century and is also known as the Castle of the River or Castle of the Moor and is built over an old settlement dating back to Arab times, this castle is, now in ruins and only the remains of some of its twelve turrets can be seen.

This is a symbol of the city and was declared a Property of Cultural Interest in 1931. 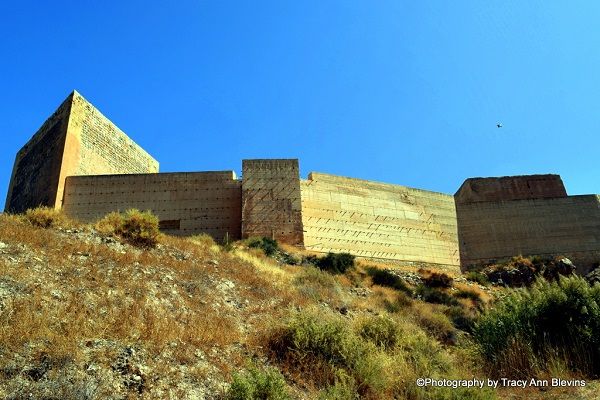 The castle of La Mola stands next to the Sanctuary of Santa María Magdalena and was built at the end of the 12th century and is of Islamic origin, the design. It is a polygonal enclosure with thick walls built with eight quadrangular cubes of which only four now remain. The ruins of the wall are preserved.

Monovar castle sits on one of the towns two hills and was built in the late 12th or early 13th century and was in use up until the 17th century.  It is currently in ruins although there is a recently restored tower. 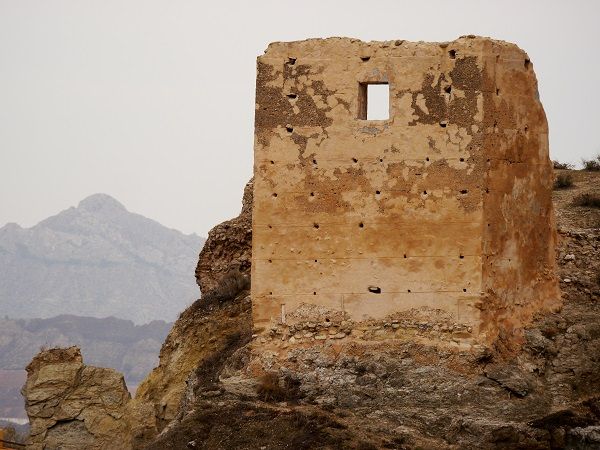 Elda Castle is located on a small hill next to the river and was built between 1172 and 1243. It was used to protect the Arab community and served as a military enclosure, it was in use until the early eighteenth century.  It is currently in ruins although some areas have been partially restored and works continue on the restoration process, the castle is closed whilst this work is ongoing. 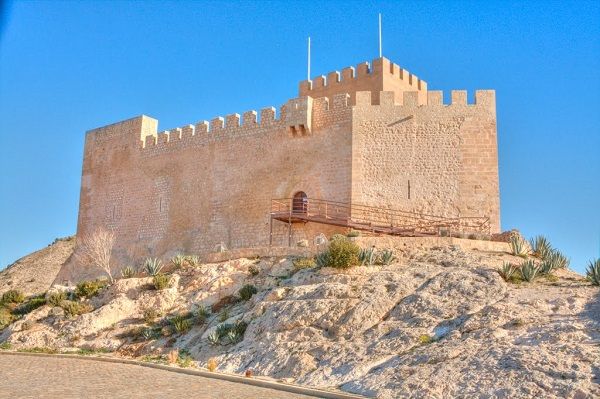 Castillo de Petrer is located at the highest point of the city, it was constructed towards the end of the 12th Century by the Arabs.  The heart is a square-plan homage tower, Inside the tower are half-barrel vaults.   This castle is in a perfect state of conservation following various restorations that have been carried out over the last 50 years, it is now one of the most impressive castles in the area and has unbeatable views the whole of the Valley of the Vinalopó.  Free Guided tours are available. 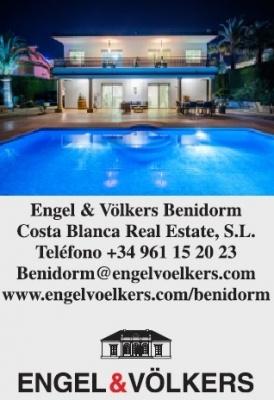 Castillo de Sax stands 524 meters above sea level on a high elongated rock and dominates the surrounding area, the fortress itself is only accessible from the Northwest side. The castle was built around the 14th Century on top of a Almohad castle from the 12th Century. 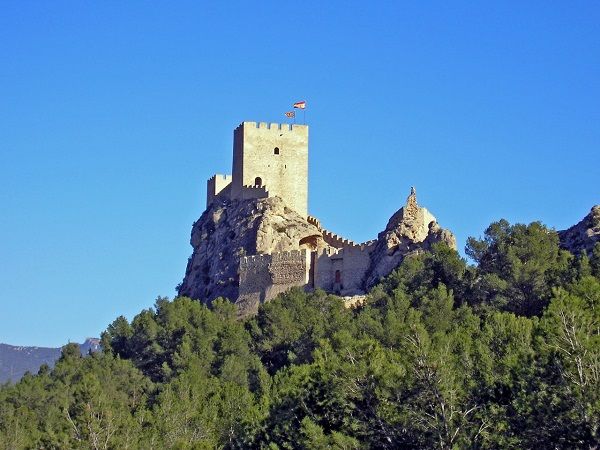 This castle is completely restored and is made up of two towers at each end with walls that are 2 meters thick.  The castle can only be visited, on Sundays with a guide,  tours lasts around 45 minutes and are organized by the local town hall.

This castle is the largest on this route and dates between the 11th and 12th Century, the name means vantage point or Castle of the Watch, the castle sits on top of Mount San Cristobal The castle has a total of 12 turrets along the outer fortress walls. 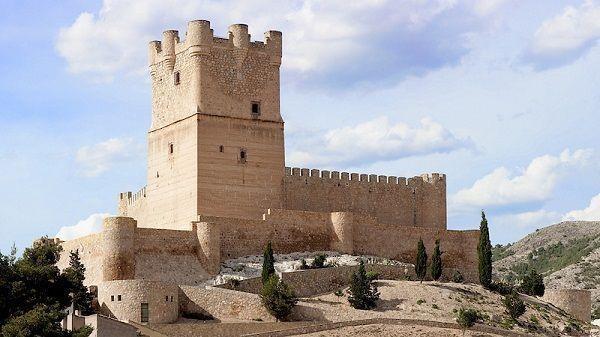 On the inside is the quadrangular main tower which is 4 storeys high, one of the best things about the tower are the vaults of the first two floors where you will see graffiti on the walls made by prisoners of war.

Due to its great historical value and unique qualities, the castle was declared a "Historical Artistic Monument" in 1931. Restoration and archaeological excavations began in 1958 and continued on and off until 1990.

This wonderful 12th century Muslim castle sits on top of the hill at an altitude of 750 m overlooking the town and was declared a National Monument in 1931.  The views from the top are spectacular.  It was particularly important during the time of Jaime I, following the Treaty of Almizra (1244) when it became one of the border castles. 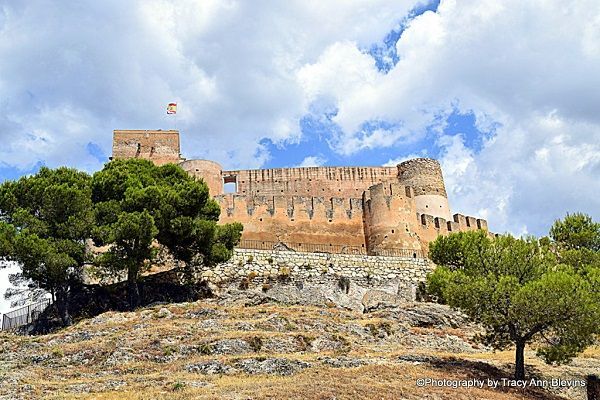 Be aware the drive up to this castle and back down are a test for any driver.....

This Castle is of great historical importance as it was here the interview of the King of Aragon Jaime I and infante Alfonso de Castilla was held on March 26, 1244 which gave  rise to the treaty of Almizra which ended the Castilian-Aragonese border contest. 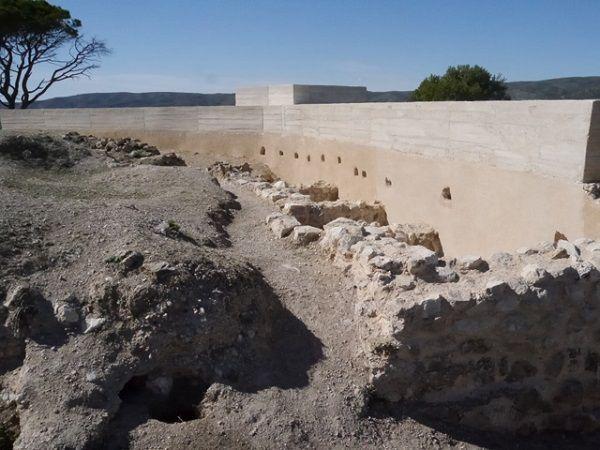 The castle is situated on the hill of San Bartolome, just a few meters from the town centre of Campo de Mirra, it is almost completely in ruins but Archaeological works have exposed a considerable part of the castle.

Beneixama Castle is located within the town centre, sadly only a few remains of the primitive walls remain.  King James I settled in the castle for a short time, on his way to the castle of Almizra, for the signing of his famous treaty mentioned above. The most significant ruin is known as the Tower of Beneixama, which can be found close to the Plaza del Ayuntamiento, this has recently been renovated. 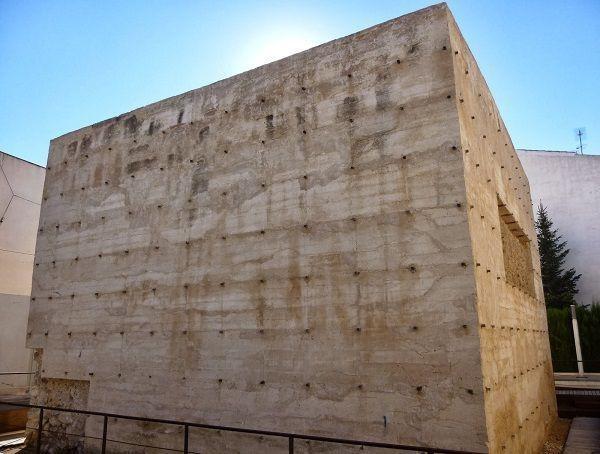 Banyeres Castle is located at an altitude of 830 metres above sea level and it dates back to the 12th/13th centuries. The town itself sits at the highest altitude of any in the province of Alicante.

The castle witnessed several wars, the most prominent was the War of Succession which took place in 1705, when the castle was used as shelter by the local population that were fleeing from  sieges and fires in the nearby villages. 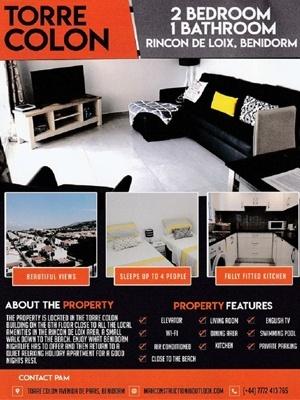 Reconstruction of the castle took place in 1803, according to a date on a seating stone found at the access of the large vaulted room.

The castle you see today is due to restorations that were carried out in the seventies and eighties, Inside the castle we will find the Tower of Homage, Courtyard of Arms, Cistern and the Museo Festero (Festive Museum), although the castle has been completely rebuilt remains of its primitive construction can still be found. 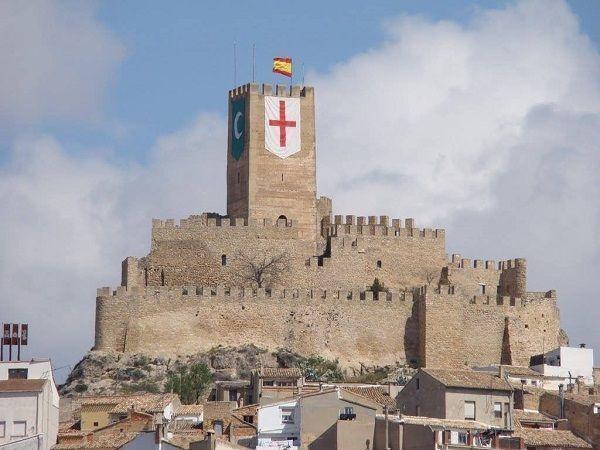 This castle is of Islamic origin built in the 11th century on Neolithic and Iberian-Roman remains, it is located high on the hill 680 metres above sea level overlooking the town of Castalla with amazing views over the surrounding countryside.

The castle is declared an Asset of Cultural Interest in the Monument category and consists of three areas that enable visitors to see how the fortress developed from its Islamic origins in the 11th century, and how it was extensively reformed in the 14th and 15th centuries by the Christians.

The hilltop site also contains traces of the earliest settlements dating back to 2000 BC. The three areas are: the Palau (palace), accessed by means of an intricate defensive system; the Pati d’Armes (inner courtyard) with its inner curtain walls, rooms and very well preserved cistern; plus the Torre Grossa (keep) 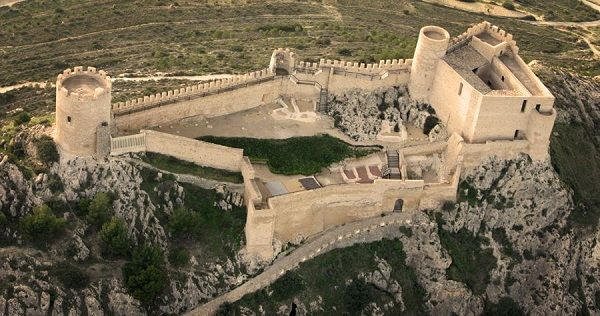 Guided tours are available telephone 966 561 018 for more information and times.  Entrance fees are generally around 3€ for adults, 2€ for children, Free for children up to the age of 7

This is a trip I would love to do x

Anne with an E

Hazel
There are no comments posted here yet