The original plan was to head to Seville which we love, but with it being known as the "Frying Pan of Europe" and the temperature in Jaen holding steady at around 38ºc, the thought of going to somewhere even hotter was not appealing, so plans were changed and we decided to visit Antequera. 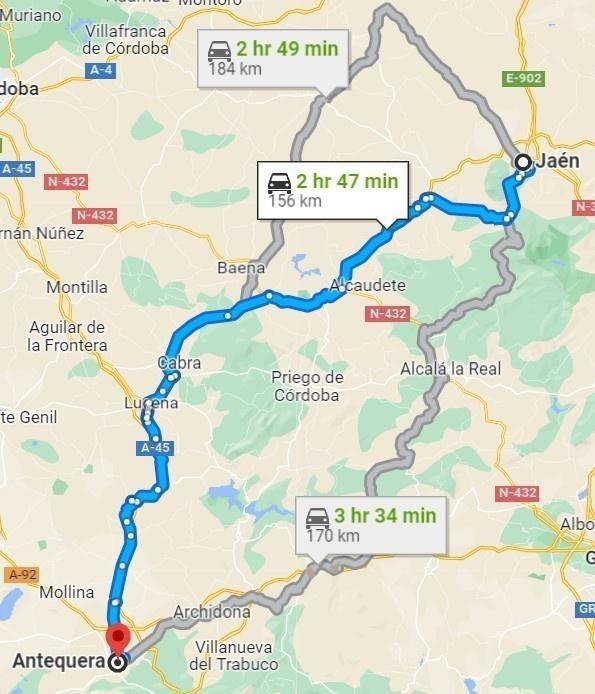 On our journey we found the wonderful town of Iznájar (Cordoba) with its Moorish Castle and Church which sit high above the reservoir  (Embalse de Iznájar) which is the largest reservoir in the whole of Andalucía.  Entrance into the castle was only 1€ and it was well worth the visit for the views alone. 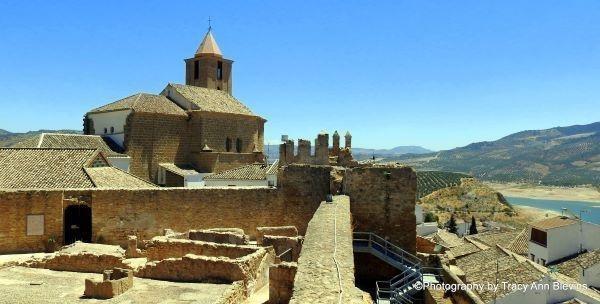 The village itself is situated on top of a huge rocky outcrop  539 metres above sea level.  The whole village was very picturesque with many colourful courtyards to explore and we found a wonderful cafe, 1 coke, 1 water and 2 tapas was only 3€, one tip on a road trip is always eat where the locals do. 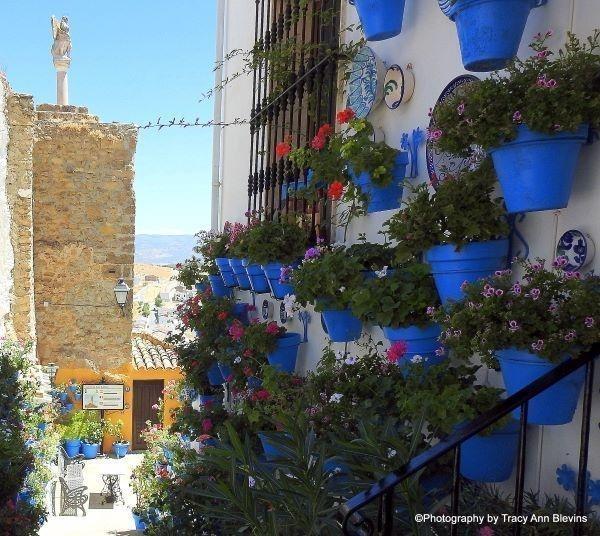 Antequera (anteˈkeɾa) is a city and municipality located in the north of the province of Málaga, part of the Spanish autonomous community of Andalusia, and is known as "the heart of Andalusia" (el corazón de Andalucía) because of its central location to Málaga.

There is a lot to see here, but obviously with only one day here we just enjoyed our time in the town itself. 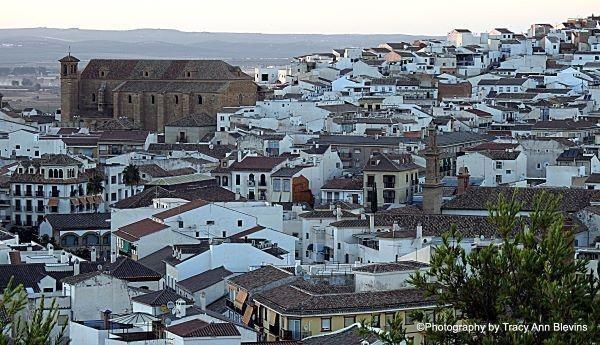 As with most places in Spain (Benidorm being the exception to the rule) it can be difficult to find places to eat when you are hungry, most restaurants do not even open until 21.00, but we did find a nice little restaurant a short walk from the hotel to enjoy an evening meal.

As it was cooling down slightly it was the perfect time to have a walk round the town and enjoy the cobbled streets which wound their way up to the castle, (Alcazaba of Antequera) which is a restored Moorish fortress, constructed over Roman ruins in the 14th century. 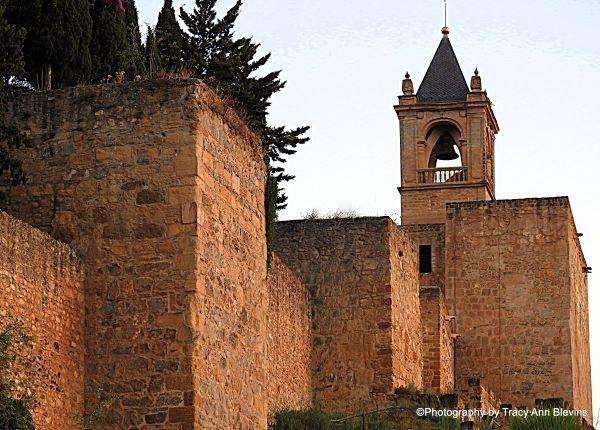 Arco de los Gigantes - The Arco de los Gigantes (arch of the giants), is situated at the entrance to the Alcazaba, and near the Royal Collegiate Church of Santa María la Mayor in Plaza Escritores beneath the fort.  The Arco was built in the late 16th century to replace a Moorish gate.  The Arch has a two meter thick wall, and is seven meters in height

Church of San Sebastian - Building on the church began in the mid 16th century, and it was not completed until the 18th century, resulting in a combination of artistic styles. 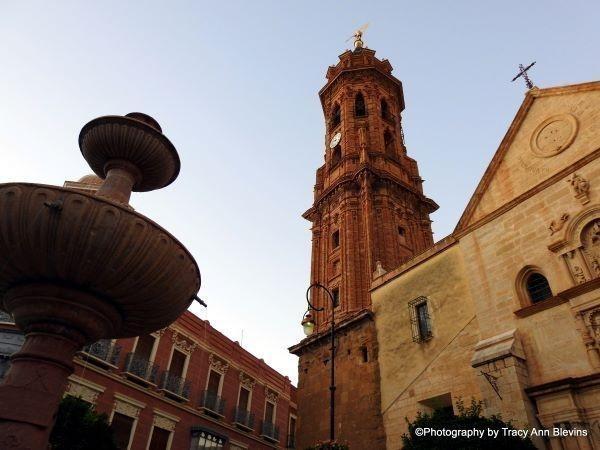 The Coso Viejo hotel was a typical 18th-century Andalusian house, situated in the historic centre of Antequera, situated opposite one of the town's squares with bars and restaurants nearby. 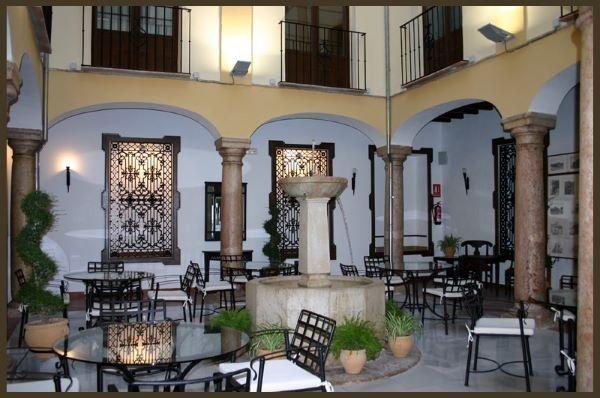 The hotel did offer parking at an additional cost, but we were lucky to find a parking space right outside.

The room was quite small and the furniture old fashioned, but that did fit in with the house itself and we had a pleasant stay.

Breakfast was not included but we found a wonderful coffee shop for our morning Tostada con Tomate, orange juice and coffee.

Would we stay here again? Yes if in the area.