Many of the places listed above in the North are easily accessible by local trains or buses, or hire a car for a few days to really explore the area

Discover the Best Beaches on the Costa Blanca

Click on the links for a FULL information page on each location.

Alicante is a port city and the capital of the Alicante province. Its old town, Barrio de la Santa Cruz, has narrow streets, coloured houses and a lively nightlife scene. From here, an elevator or a steep climb leads to medieval Castillo de Santa Bárbara, set on a hilltop with sweeping views of the Mediterranean coast.  For lots more information and the top 10 things to do in Alicante click here

Alcoy is a large Spanish city located Located in the Valencian Community, inland from the coastal resorts on the Northern Costa Blanca and is also known as and referred to as Alcoi, Alcoy is the biggest industrial town in the area but still has lots of history and things to see.

This attractive city is situated at the foot of Serra Mariola and the Font Roja natural park.

Algar Waterfalls at only 15 km from Benidorm and 3 km from the center of Callosa d'en Sarrià, direction Bolulla, this area was declared a Wetland protected by the Valencian Government.

The visit is a route through a circuit of 1.5 km in length along, where you can walk through the bed of the river Algar ("cave " in Arabic), see the spectacular waterfalls and the numerous sources springs that spring from the rock, the "tolls" (pools of water) where you can take refreshing swims in crystal clear very cold water.

Altea is without doubt one of the most charming towns to be found on Spain’s ‘White Coast’, located in the region of Alicante on the Costa Blanca. The town is just 11 kilometres north of Benidorm, yet the two resorts are worlds apart. Altea is similar to other Costa Blanca towns in that it has a new and an old neighbourhood. The old section is perched on top of a hill from where you will find really spectacular views.

All in all, Altea is a pretty town, popular with both holidaymakers and those fortunate enough to be able to live in the area; For lots more information on Altea click HERE

Alfaz del Pi is a town located in the province of Alicante, on the Costa Blanca, Spain. The town nestles in the foothills of the Sierra Helada, in the district of the Marina Baixa, just 6km from Benidorm.

Albir is actually classed as part of Alfaz del Pi area.  The first thing you will notice about Albir is no high-rise buildings or hotel blocks. Albir has grown from a small community in the last few years into a great holiday destination.

Surrounding Albir is the Sierra Helada (meaning Frozen Mountain), which is a protected nature reserve. Albir beach is a pebble beach with clear water and has been awarded the blue flag of the European Community for the quality of its water, available facilities and for having all kinds of events on and around the beach.

Places to Visit, Costa Blanca, North BENIDORM, Coastal - this website is all about Benidorm so not much needed to be said here.

Benidorm has been a tourist destination within Spain since 1925, when its port was extended and the first hotels were built, though it would not be until the 1950s that it became renowned as a summer destination for people coming from inland Spain, especially Madrid. Today it is known for its hotel industry, beaches and skyscrapers and receives as many tourists from abroad as from Spain.

Places to Visit on the Costa Blanca BENISSA Inland

Benissa is the oldest and prettiest of the inland towns of the area. In the late 1980s and 1990s the local authorities started to rescue the historical part of the town from gradual decay. They did a magnificent job restoring the town's splendid 17th and 18th century town houses, so taking a stroll around Benissa's perfectly conserved Historic Centre is a true pleasure. Ironwork balconies and heraldic shields decorate the historic buildings that line the narrow streets of the town. The parish church which is dedicated to Puríssima Xiqueta, the Town Hall, the old Council rooms, the house of Juan Vines and the Franciscan Monastery are just a few of the historic buildings which are worth a look.  More information HERE

Places to Visit on the Costa Blanca CALPE, Coastal

Calpe, also spelt without the 'e' as Calp, is instantly recognised by the mighty Penon de Ifach, the huge rock which rises 332 meters out of the Mediterranean sea. This has stood guard over the town and witnessed its transformation from sleepy little fishing village into tourist magnet.

Calpe is best known for its fine sandy beaches and great value fish restaurants. There are two stunning beaches to choose from, one either side of the mighty rock. Both beaches have beautiful long promenades and a great selection of bars and cafes. The fish restaurants are to be found mainly around the marina and the town centre has some excellent local shopping facilities, including a large street market.

Places to visit on the Costa Blanca DENIA Coastal

Denia is situated 51km North of Benidorm, about a 45 minute drive it is set on the northern edge of the Alicante region and backed by the impressive mountains of the the Montgo Natural Park.

A lovely place to visit when in Benidorm! There is the ruined castle which  guards the town and has stunning views out over the marina, the natural park of Montgo and the Torre del Gerro.

There is also 20 kilometers of coastline which include both rocky and sandy beaches, the fish market, the old town and the impressive tree lined main shopping street as well as the museums

El Campello is a modern coastal resort, which boasts 23 kilometres of quiet, pearly white, sandy beaches. Situated 14 kilometres north of Alicante and just a 30 minute drive from Benidorm, it is also easily accessible from Benidorm by Tram (train)

Located facing the Lalmadrava beach, near the residential development Poble Rspañol, El Campello boasts a beautiful natural environment, with an outlook to the beach and sea, and a mountain backdrop.

The Paseo del Mar (promenade) is almost 2 miles long and makes for a lovely evening stroll in the setting sun. During the day take advantage of the beaches and sea.

Finestrat, The Village -  The picturesque village, which hugs the mountain side of Puig Campana, has beautiful views from the mountains down to the sea; the architecture has a distinct Moorish influence and many of the houses are colourfully painted. Friday is market day.

La Cala Finestrat - Just a short 15 minute ride or so from Benidorm to the wonderful sandy beach area of Finestrat which is ideal for families, grab a coffee in one of the many beach side cafes (a wonderful place to just sit and watch the world go by)

Gata de Gorgos is an old Spanish town situated on the main N332 from Alicante to Valencia. Set inland, Gata is in-between the inland towns of Pedreguer and Teulada.

It is famous for its basket and cane ware made out of esparto and palm, sold in the local shops.  Gata is also well known for its Moscatel grapes, these are grown and then using traditional methods, dating from Muslin times, made into the famous wine.

You will also find the famous Las Cuevas Rojas, (red caves) here, there are three cavities, between 10 and 20 meters high, of an intense red color (hence the name), located in the Canela ravine, next to the valley that forms the Gorgos river.

The 'Eagle's Nest', is located about 25 km inland from Benidorm along the CV-70 road, It enjoys one of the most spectacular locations of any village in Spain, set high up on a pinnacle and carved out of a mountain top in the midst of truly stunning scenery.

It has a population of only 200 but is one of the most popular tourist attractions in Spain.

The Jalon Valley, comprises of nine villages and small towns, each one offering something different,  Alcalali, Benigembla, Benissa, Castell de Castells, Lliber, Murla, Parcent, Senija and Jalon (Xalo).  Jalon boasts some of the most magnificent scenery in Spain, with its landscape of olive and pine trees, intermingled with orange groves and vineyards

Javea is a small, historic town, free of high rise buildings. The clean, warm, blue Mediterranean Sea laps the beautiful beaches and coves that Javea has to offer. 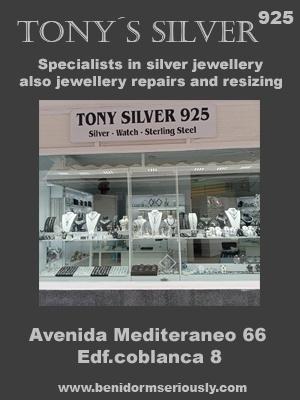 With its variety of landscape, ranging from sandy coastlines to rugged mountain areas, its mild year-round climate, its careful planning policies and extensive tourist facilities, Javea is a jewel on the Costa Blanca, combining beauty and modern facilities with the charm of an ancient fishing village.

The town is situated between the San Antonio and La Nao points and enjoys the impressive and magnificent protection of Mount Montgó.

Approximately 1 hour and 30 minutes drive from Alicante towards the north-eastern tip of the Costa Blanca. More information about Javea HERE

La Nucia is a municipality of the Marina Baixa (21km2),  Alicante, in the Valencian Community.

La Nucia overlooks fields of fruits and vegetables and has become a popular place for expats to live as it is so close to the coast. Popular urbanizations in La Nucia include: Barronco Hondo, Colloma, Bello Horizonte and El Tossal

In the town you find different architectural styles, in the old town area there are picturesque Gothic buildings; the old Hermitage of San Vicente Ferrer, the Purísima Concepción Parish; the magnificent Library Building. It is also worth visiting: the Avenida Portilla viewpoint, the Plaza Mayor and the Plaza de los Musicos.

Moraira is small coastal town situated in the beautiful mountainous north-eastern tip of the Costa Blanca, about 45 mins drive from Benidorm (42km)

Villajoyosa or as from 17th September 2020 to be known only as La Vila Joisa in Valencian the name literally means the 'joyful village'. This wonderful town is located just South of Benidorm (10 km) and only a 30 minute drive North from Alicante, on the N-332 along the coast.

It is famous as a centre for the production of chocolate, which could be the reason for its name! The town has three chocolate factories, all of which can be visited. The Valor Chocolate factory is perhaps the most famous, but there is also the Perez Factory and the Clavileno Factory, so you'll be spoilt for choice!

Why travel is good for you - Relax Like a Boss

Obviously there are many more towns and villages to visit, if you would like to see a certain place listed on the page above please comment below and we would be happy to produce an information page.