Anyone who has been to Benidorm will have noticed the spectacular Puig Campana mountain in the distance, (the one with the hole/gap in it, the gap is known as the El Portell The Gate). 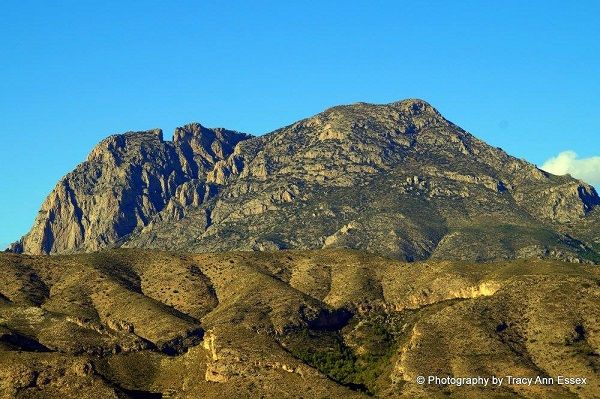 Puig Campana literally translated in English as Bell Hill is a mountain that forms part of the Prebaetic System it has an altitude of 1,406 metres (4,613 ft), and is the second highest peak in the Alicante Province, it is located in the area of Finestrat only 10km from the coast.  This mountain is also known as the Sleeping Giant.

This gap is said to be the source of the name of the nearby village of Finestrat, because ‘finestra’ means window and fishermen used the notch to guide them home when they were out as sea. 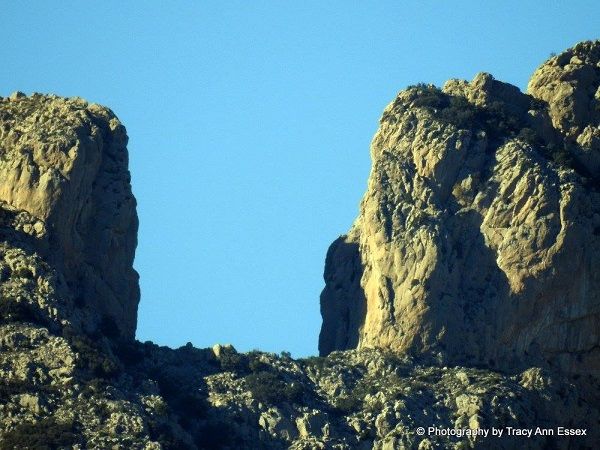 A large part of the vegetation on the northeastern side of the mountain was burnt by a forest fire in 2009. The fire started on 24 January when a high voltage electricity pylon was blown over by strong winds. Some 1,000 hectares were reduced to ashes and around 15,000 people were evacuated from 25 urbanizations.

There are various legends connected to the hole in this mountain and it is claimed to actually be Isla de Benidorm but tests were done in 1987 by Professor B. Granier, and it was found that the rocks at the core of the Puig Campana are Late Jurassic in age whereas Benidorm Island is made of  limestones and are Early Cretaceous (Albian), making the island around 5 million years younger than the mountain.

Here are a couple of the local legends:-

This is my personal favourite. - A very long time ago, in ancient times there was a peaceful giant named Roldán who lived near Benidorm, a beautiful town on the Mediterranean coast. Although the giant was very kind and friendly the local people were terrified of his fearful appearance and lots of unfounded myths were told about him, which forced him to live isolated from the rest of the population looking after his flocks of sheep and cows.

One day the giant met a woman who showed no fear of his size and appearance. Very soon they fell in love and decided to get married. The woman’s parents accepted reluctantly the strange marriage but told them they couldn’t live in the village, so they went to live in a log cabin on the mountain. They lived together happily for a while. One afternoon, the giant was on the way to his cabin and met a wanderer who informed him that his wife was seriously ill at home and she would die when the sun set behind the mountains. Only the sunshine could keep her alive. 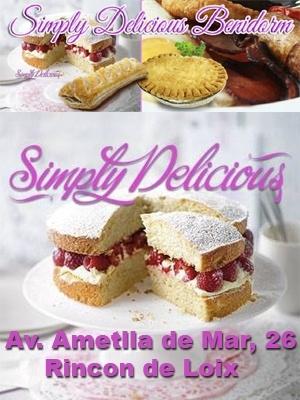 When Roland came home he found his wife in the state in which he was told.
Roldán took his wife in arms and headed to the top of the mountain to get the most of the sunshine. The sun had already begun to set behind the summit, and that would stop forever the life of his cherish wife. In an attempt to delay the concealment of the sun, the giant demolished part of the wall of the mountain, he pulled an enormous rock from the top of the mountain and threw it through the air down to the sea, forming a small island still visible from the summit. But the sun continued its journey and eventually failed to illuminate the ground and that was the end of the woman's life. Roldán, shattered, led the woman's body to the rock that had fallen into the sea so that it could serve as a final resting place. Desolated, the giant, lay in the sea by his loved wife and while holding her let the water cover his head and drowned by her side.

The other legend is about a giant that was living in the Puig Campana. He felt in love with a beautiful lady from Finestrat town. As he knew that she will never fall in love with him he decided to kidnap her and took her to the mountain, but all the people from the village got together and rescued her. The giant got so upset that he kicked the mountain and a piece fell out, landing again in the sea and creating the Benidorm Island. 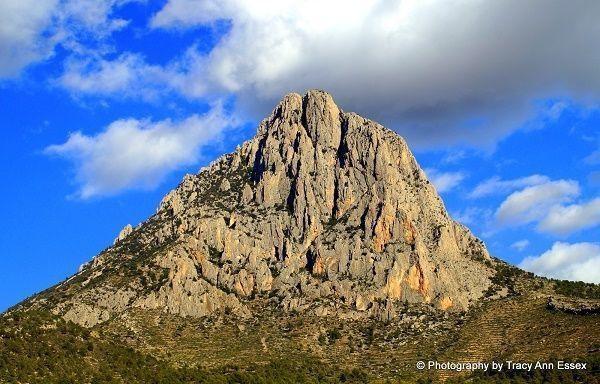 There are various guided tours you can take.

There are three routes you can take:  “Volta de la Serra” is the most common route to the peak, the second route “Ascension Puig Campana is a bit more complex and the third route is the “Cami de la Cove del Roget”.

The most direct ascent is from Finestrat, starting at Font del Molí, heading towards the mountain's south face. From here, a long, steep, scree slope can be seen. It is possible (although unpleasant) to ascend the scree directly, or follow the trail which runs parallel to the scree slope on the right hand side. Both the trail and the scree slope are marked with fading red painted symbols. The trail is easy to lose in mist so only attempt this in good clear weather conditions. From the top of the scree slope, the trail turns east towards the summit. There are lots of criss-crossing paths here, which makes the route very difficult to follow.

The routes are classed as low to medium difficulty so they are apt for all hikers and the duration of the routes vary between 4 to 6 hours depending on the route chosen.  All routes start from the Font del Moli.

If climbing take plenty of time and allow yourself enough daylight hours, mountain rescues are not uncommon

Leave your detail, name, telephone number and route etc with someone before you attempt the climb.

Never go on your own.

It can also get very cold at the summit so be prepared.  Take plenty of water and food with you.

If it becomes too difficult turn back.  SAFETY FIRST, ALWAYS.