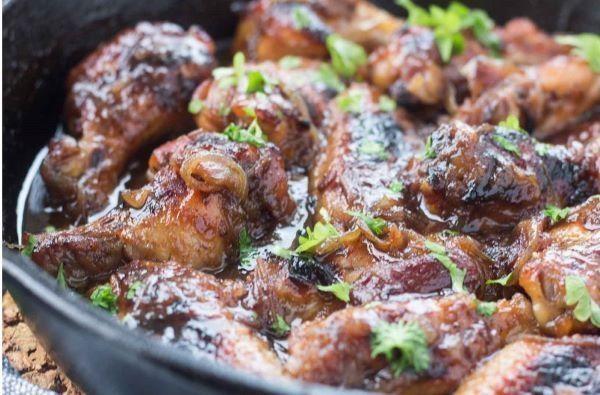 These Sweet and Sticky Chicken Wings are bound to become a family favourite, perfect served as part of a tapas menu or as a main meal served with rice, you could also use chicken thighs.

salt and pepper, to season

Once oil is hot, place the chicken wings in the skillet. Do not crowd the pan. Once the wings have turned slightly brown, take them out and set aside, do this in batches if necessary.

Turn the heat down to medium-low. Add onion and garlic. Cook until onion is slightly soft.

Add dates, sweet smoked paprika, thyme and cook for a couple of minutes. Season with salt and pepper. 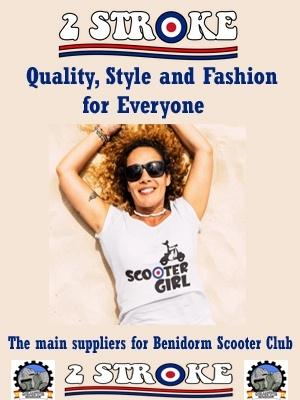 Once most of the sherry has evaporated, the sauce will be noticeably thicker. Mix to ensure that all the wings are coated with the sauce.

Add water and bring to a boil. Adjust seasoning with salt and pepper, if needed.

Place in the oven for 20 to 25 minutes. If you have a grill option on your oven use this as it will give a nicer caramelization to the chicken.

After the first 10 minutes, mix the wings to turn and coat them properly. Place the skillet back in the oven.

Sprinkle with parsley, if desired.

Serve with crusty bread or rice. 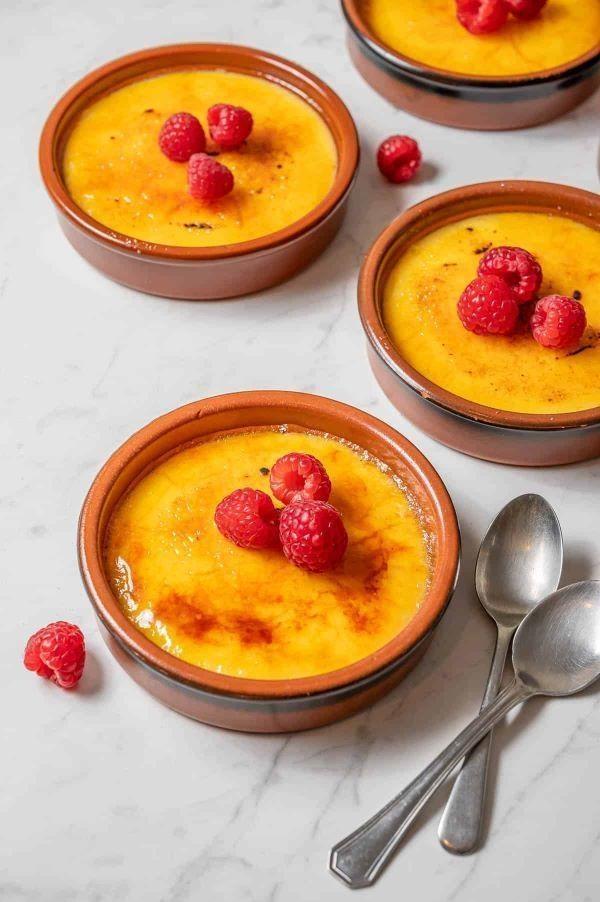 Catalan Cream or Crema Catalana, or Crema Cremada (burnt cream) as it is called in Spain, is one of Europe’s oldest desserts, Spain’s famous burnt custard dessert flavoured with orange, lemon and a hint of cinnamon and has an irresistibly creamy texture and caramelized sugar topping.

Catalan Cream vs. Crème Brûlée:  What is the Difference?

Catalan Cream is actually the oldest version of the desert and dates back to at least the 14th century, whereas the earliest known recipe for crème brûlée didn’t appear until 1691.

This desert is enjoyed all year round in Catalonia but is also traditionally served on Saint Joseph’s Day on March 19th and is sometimes called Crema de Sant Josep after Saint Joseph the husband of the Virgin Mary.

600ml of whole milk Note - Make sure to use whole milk for a creamy crema Catalana. Heavy cream could also be used.

Additional sugar to caramelize on top, if you can use turbinado sugar. (Turbinado sugar is sugarcane that has been only partially refined so that it still has some of the original molasses content.  It is NOT the same as brown sugar.  The sugar crystals are also coarser/larger and make for a thicker burnt sugar topping over the Catalan cream).

Fresh fruit such as figs, raspberries or strawberries for decoration.

Place the milk in a small saucepan, along with the citrus peels and the cinnamon stick. Slowly bring to a boil at medium-high heat.

Dissolve the corn starch in a small amount of water and set aside.

While the milk is slowly heating, beat the egg yolks with the sugar, until the mixture turns pale yellow. Beat in the dissolved corn starch and a spoonful of the hot milk.

Remove the citrus peels and cinnamon stick from the hot milk, and lower the heat. 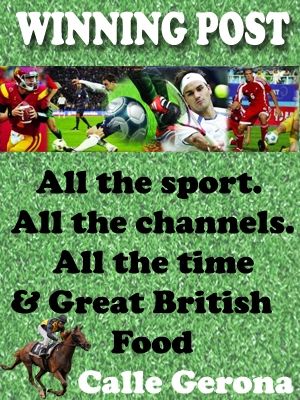 Slowly add the egg yolk mixture to the milk, making sure to keep stirring so that the eggs don’t scramble!  Stir constantly over a low heat, until the mixture has thickened.

Remove from the heat and pour the mixture into traditional clay dishes or ramekins.

Allow the custard to cool, and then cover in plastic wrap and chill for about four hours or preferably overnight.

Before serving, sprinkle a layer of sugar on top of each ramekin. The more you add, the thicker the crunchy burnt sugar topping will be. Spread the sugar out by tilting the ramekins in all directions. Caramelize with a small kitchen blowtorch, or for a truly authentic crema catalanas use a hot iron.  Some people prefer a darker crust, others lighter — it’s up to you!

How can I caramelize crema catalana in the oven?

If you don’t have a blowtorch  handy, you can caramelize the crema catalana in the oven. Put it under the grill (the hottest possible top heat) until you see the sugar melting and crystalizing. Make sure your dish is oven safe for high temperatures and keep a close eye on it — it can burn in an instant! It might not get as caramelized as the other methods, but it will definitely work. 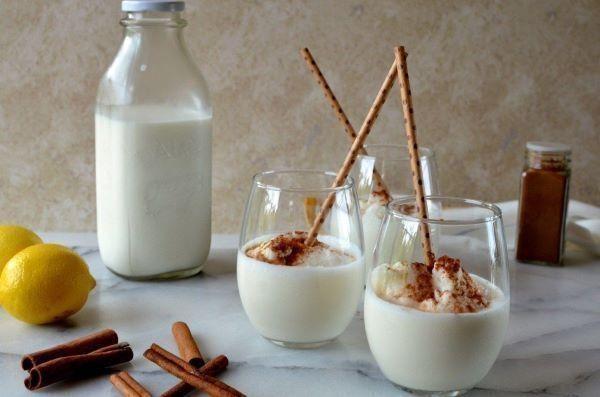 Leche Merengada Recipe - This is a very popular Spanish recipe and perfect for the summer, this can be found in every single ice cream shop and supermarket, but what is it?  Its a cross between a milkshake and an ice cream and can be served either as a drink or a dessert.

Leche Merengada is also known as Meringue milk it is easy to make and uses common and easy to find ingredients.

Pour the milk into a saucepan together with the cinnamon stick, lemon peel and normal sugar. Over a medium heat bring to the boil then simmer for 5 minutes while you stir it with a wooden spoon to dissolve the sugar. Then pour it in a bowl and let it cool down.

When the milk is at room temperature remove the lemon peel and the cinnamon stick and place the bowl in the freezer until the mixture is very cold but not frozen.

Place the egg whites in a bowl with a few drops of lemon juice and a very small pinch of salt (to help the egg whites rise), then mix until they form stiff peaks Then add the icing sugar little by little while continuing to mix.


Remove the milk mixture from the freezer and pour into a large glass or ceramic mixing bowl, and carefully fold in the egg whites with a rubber spatula.

Cover the bowl, sealing it tightly. Place into the freezer for at least 2 1/2 hours. Remove from the freezer and mix on low speed with an electric mixer before serving.

Some people leave the mixture in the freezer for much longer in tubs so that it turns into ice cream. This means that it can be served as a dessert as well, you will find that most ice cream parlours in Spain have leche merengada ice cream for sale

Serve very cold in a tall glass with a long spoon or straw. Top with powdered cinnamon if desired. 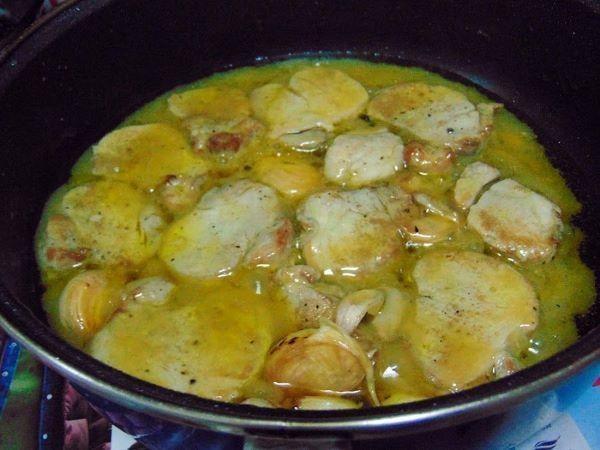 Pork in Whiskey Sauce Recipe called Solomillo Al Whisky in Spanish.   This is a very popular dish especially in the area Seville where you’ll often find it ladled over solomillo, or pork sirloin, you can also try this with shrimp, chicken, or even as a rich gravy for mashed potatoes.

There are many variations of this recipe some with more ingredients, but this one is very simple and easy with the whiskey there is no need to use the most expensive but try not to make it the cheapest bottom-shelf whiskey available, either.

Season the pork filets with salt and pepper. Add olive oil to a large heavy based frying pan (enough to coat the bottom) and heat over medium-high heat.

Once the oil is warm, add the unpeeled, smashed garlic cloves and pork. Brown the meat on both sides to your taste.

Remove the meat from the pan and set aside (keep the liquid in the pan).

Lower the heat to medium and add the lemon juice to the pan, stirring briskly. Mix the flour and whiskey in a cup, then pour into the pan, whisking constantly as it cooks for a couple minutes. 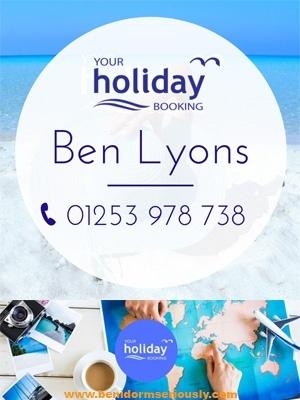 When the sauce has thickened to your liking, add the meat back into the skillet and heat until warmed through.

Serve over French fries for a sevillano-style experience at home. 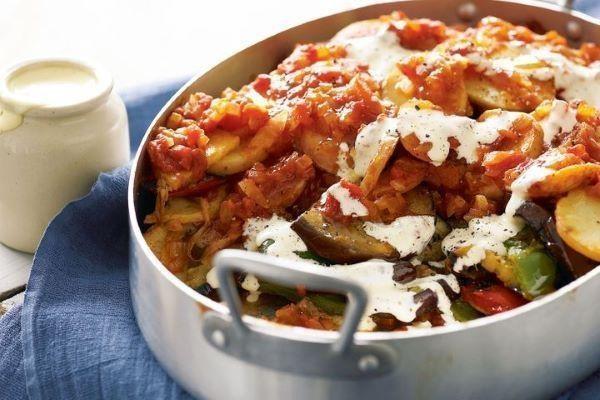 Tumbet Spanish Vegetarian Recipe also known as Tombet, this is a vegetarian dish originally from Majorca of layered roasted vegetables, and can be served as a main meal or as a side dish or as part of a tapas meal.  Make in one large baking dish or layer in individual bowls.

400g/14oz ripe tomatoes, peeled and chopped or 1 can of chopped tomatoes

Slice the aubergine in ½ inch slices (without peeling it), lay on a colander, thoroughly sprinkle with salt and leave it for an hour to release any bitter juice.

Tip - Fry the aubergines last because they need a higher temperature than the other vegetables and the higher the temperature, the less oil they will soak.

Meanwhile, peel the potatoes and cut in ½ inch slices. Heat the olive oil and fry on medium heat, until slightly brown.

While the potatoes are frying, slice the courgette (without peeling it) and the peppers in ½ inch slices and set aside.

Drain the potatoes and put them on a dish lined with kitchen paper to soak the oil. Fry the courgette until browned. Drain and place them on kitchen paper.

Fry the peppers, drain and place on kitchen paper.

Pat the aubergine slices dry and fry them. drain as the other vegetables. 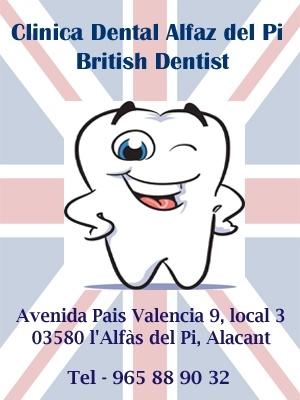 To make the sauce, put the olive oil in a saucepan and add the garlic. Cook for 3–4 minutes on a low–medium heat until soft and aromatic, then add the tomatoes and thyme. Season with salt and pepper.

Bring to the boil, then reduce the heat and cook gently, uncovered, until well reduced – around 25 minutes. Taste after 10 minutes – if the sauce tastes acidic, add a pinch of sugar.

Arrange the fried vegetables in small stacks if you want to serve tapas, or in a large oven proof dish. Begin by laying some tomato sauce at the base, then make the vegetable layers: potato, aubergine, zucchini and peppers. Add salt after finishing each layer. Finish with more tomato sauce for topping.  For small stacks you could use pastry rings to keep them neat.

Some prefer to finish with a layer of potatoes drizzled with a little more olive oil. Bake in the oven for 25–30 minutes, or until the potatoes are crisp and browned and the vegetables underneath are tender.

Bake for 15 to 20 minutes. Serve immediately, although tumbet can also be served at room temperature, drizzel with some homemade Allioli.

This is also the perfect side dish for fish, lamb, chicken or pork.